Skip to content
With discounts up to 20-40% in shop!
Tags: Wedding
Should a bride change her last name after marriage? See the French way of dealing with the pressure to change names after the wedding.
(As an Amazon affiliate, we may earn commissions for certain purchases. Please note, all information is provided for entertainment purposes only. See our disclosure policy for details.)

There is always that annoying relative who asks before the wedding: Are you thinking of changing your last name after marriage? As a woman, the moment of doubt arises. Even if we are in the 21st century.

No matter your convictions, and no matter how much you “think” you know what you want to do, there is always that tiny moment when you second guess yourself. Should you change your last name? It is your identity. Then again you want the same name as your kids, assuming you want kids. Maybe the kids should keep your name? Maybe everybody should get combined names? That’s a heck of a lot of paperwork!

The French have a compromise, they simply keep both names after marriage.

All official documents such as your passport, visa, social security ID, driver’s license, etc are issued with both names included.

The best part is that, for once, it is automatic. French people don’t have to do anything to “activate” it. And if you are a foreigner, it still leaves you with the choice of changing your name “back home” or not.

☞ READ MORE: The Guide to having your Wedding in France

The Confusion of not knowing which name to use

Which is not to say that the system is perfect. There have been a few instances where I’ve specifically wanted a document under my maiden name, and it came under my married one. I also can never remember which name I originally gave when I made a particular rendezvous.

It is like having a secret identity. You have one name in one place, and another name somewhere else. All you need is a Superwoman costume under your clothes and you’re set!

Since French women have both names on their identity cards, the trend towards double-barrelled names has been slow. It is starting to catch on now, especially for naming children.

The additional restriction though is that you must decide this name only for the oldest child. Any subsequent children with the same spouse must all carry that same last name. This makes sense since you don’t want full-siblings to have different last names.

This progression though is relatively recent. And if one of the spouses has a double-barreled name himself, the authorities (ie the bureaucrat managing your application) will kick up a fuss at the thought of giving that child 3 names. As with everything, it depends on the mood of the fonctionnaire sitting in front of you!

So what do you think? Is keeping both names more trouble than it is worth? Should everyone just keep their maiden name and be done with it? If you enjoyed that article, you may want to read more about other wedding traditions that are popular in France. 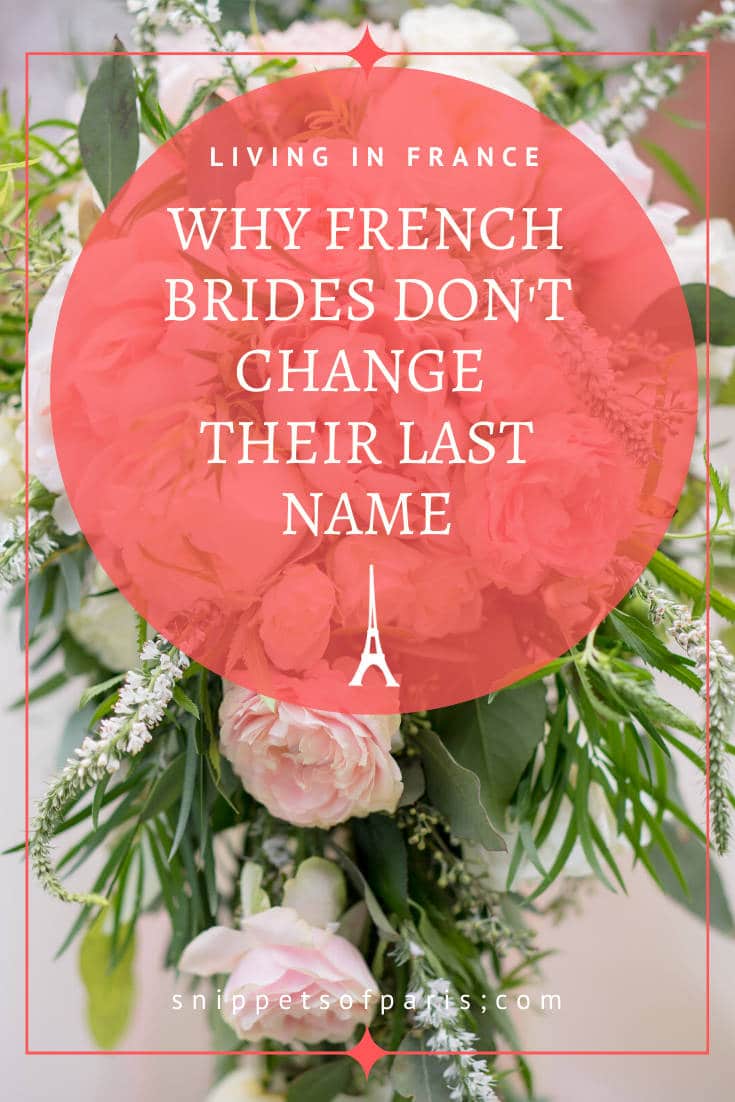 French Revolution Facts: Storming the Bastille to the Reign of Terror