Skip to content
With discounts up to 20-40% in shop!
A small town in Provence, Allemagne-en-Provence is a slice of French village life. With a historic château and church, you won't want to miss this hidden gem.
(As an Amazon affiliate, we may earn commissions from qualifying purchases. Please see our disclosure policy.)

If you can read French, you would have done a double-take at seeing the name: Allemagne-en-Provence. It literally translates into “Germany-in-Provence“. And even stranger, tourists visiting the area will not miss the imposing Château that dominates the landscape, in an area of Provence where you don’t expect to see many castles.

In French, next-door Germany is referred to as Allemagne, and the people there as “Allemands”, after one of the tribes in the area around 200AD. Given the centuries of subsequent conflict, it would seem strange to have a town named “Allemagne-en-Provence”, in the middle of the South of France.

The people of Allemagne-en-Provence, who call themselves, Armagnois or Allemagniens (not Allemands) will tell you that the town is actually named after the Gaelic Goddess of fertility, Alemona, and not the Germans at all.

And for this reason, the people of the town refused to change their name, even after the great wars of the 20th century.

Most châteaux in Provence are built on hilltops, like Carcassone and Lourmarin. With sweeping views of the countryside, these hilltop fortresses allowed its occupants to see invading armies arrive with plenty of advance notice. Being on a hill also meant that it was harder for foreign calvaries to penetrate inside the fortress.

The Château at Allemagne-en-Provence is on flat land. It is nonetheless sufficiently imposing enough to make foreign armies think twice. A castle has stood on the site since 1000AD, and was gradually expanded by the Barons of Allemagne.

Today it is a monument historique classé which is open to tour groups, as well as rentals for special occasions like weddings and other events. The castle also weekly rentals of gîtes (guesthouses) on the premises, for a price. If you do visit, don’t miss a trip to the dungeons!

There is also a small Catholic church called Eglise Saint Mark, and the town’s only hotel, Hôtel le Moulin.

The town is located in the Verdon Natural Park, one of the “most beautiful villages in France”, Moustiers-Sainte-Marie. The area is very popular for hikers around the famous Gorges du Verdon and Gorges de Colostre.

The spa town of Gréoux-les-Bains is also only a few miles away, as are the famous lavender fields of Valensole.

There is much to see and do in the southern corner of France, so enjoy yourself! 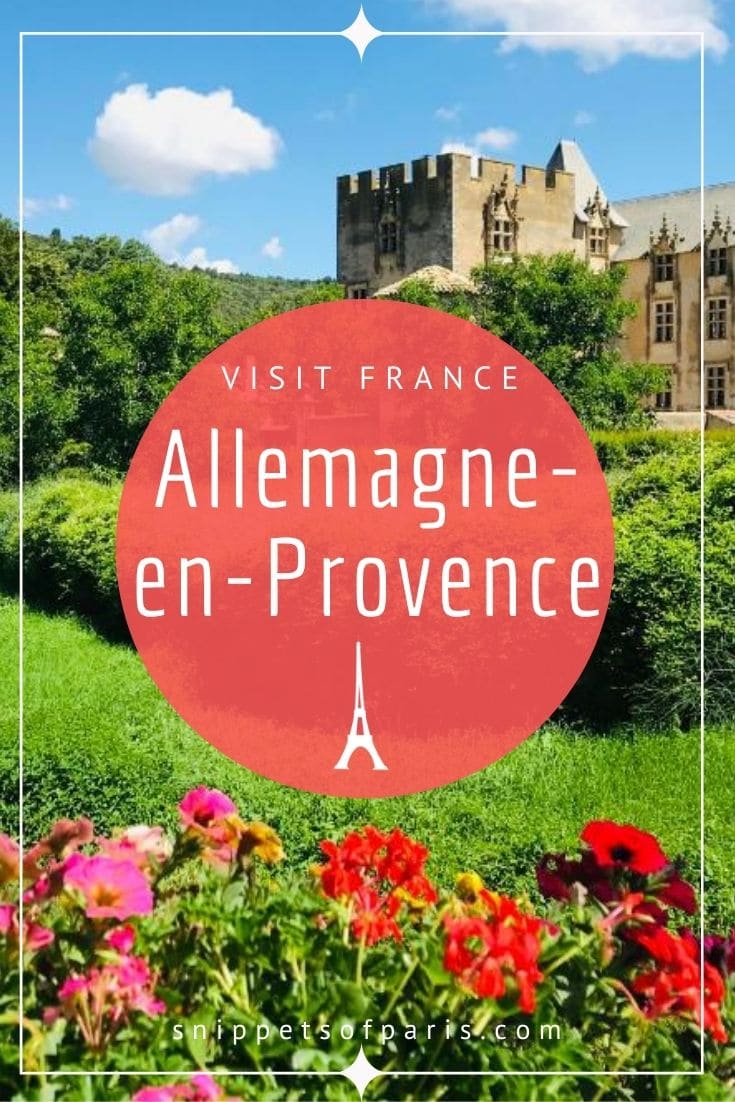 Avignon: The Papal city in the South of France