Skip to content
With discounts up to 20-40% in shop!
This little corner of Provence has charm, beauty, lavender fields, and more. Visit the luxurious spa resorts of Gréoux-les-Bains in the south of France.
(As an Amazon affiliate, we may earn commissions for certain purchases. Please note, all information is provided for entertainment purposes only. See our disclosure policy for details.)

A sleepy little town in the south of France, Gréoux-les-Bains is famous for its thermal spas. Located in northern Provence, it is near the famous Gorges de Verdon and Moustiers-Sainte-Marie (aka one of the “most beautiful villages in France), all the more reason for tourists to visit the area.

Compared to its neighbors, Gréoux-les-Bains doesn’t have the charm and the beauty those popular tourist attractions, but what it does have is several luxurious spa resorts right at its doorstep.

Like nearby Aix-en-Provence, Gréoux-les-Bains also has historical roots dating back to the days of the Roman Empire. Attracted by natural hot springs, a town grew around the thermal spas.

Today, with the French government paying for spa treatments called “the cure”, for medical conditions such as arthritis, rheumatism, obesity, etc. several large hotels set up in the area to treat patients with orders from their doctors. Gréoux-les-Bains is now one of the biggest spa resort towns in France.

For the full spa experience, the best thermal spas hotels in the area include:

Gréox-les-Bains has a small castle atop of a hill, called the Templiers Castle from the 12th century, although no Templars lived in it. The castle belonged to the Order of Saint-Jean of Jérusalem, also known as the Order des Hospitaliers.

There isn’t much left of the castle to look at, but you can have a quick look around if you wish.

The center of Gréoux-les-bains has a small pedestrian area with about a good dozen shops and restaurants. It is a lovely place to wander about and grab lunch or dinner. There are several shops selling local provençale products like lavender sachets, soaps, and sweet pastries.

The castle is within walking distance from this area, although you have to keep a look out for the small signs indicating “Rue de Templiers”.

Gréoux-les-Bains is located in the Verdon Natural Park, near the famous Gorges du Verdon. It is also very close to one of the “most beautiful villages in France”, Moustiers-Sainte-Marie.

The interestingly named Allemagne-en-Provence is also only a few miles away, as are the famous lavender fields of Valensole.

There is much to see and do in this part of Provence, so happy motoring! 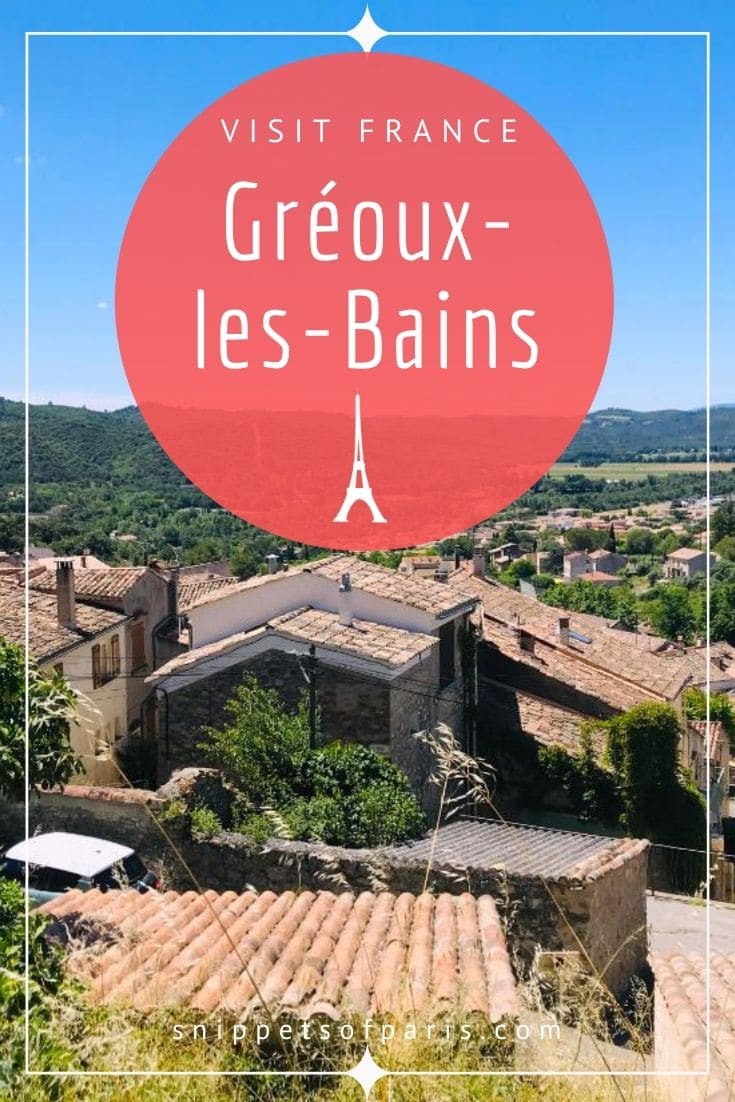 Saint-Jean-Cap-Ferrat: the luxury enclave on the French Riviera

Villefranche-sur-Mer: A beach town on the French Riviera