Skip to content
With discounts up to 20-40% in shop!
Travel to Aix-les-Bains in the Savoie dept of Auvergne-Rhône-Alps in France. From thermal spas to Lake du Bourget, we cover what to see, local specialities and more. 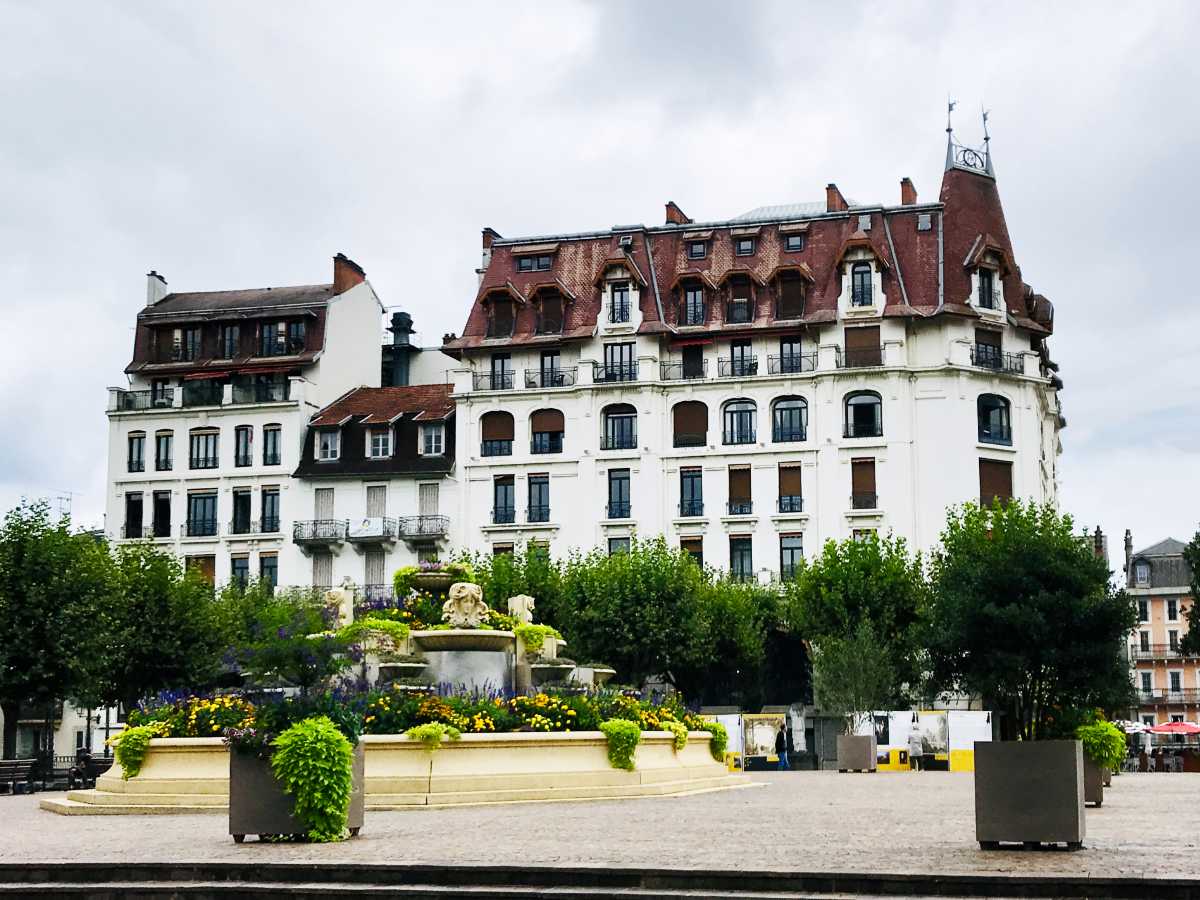 The lakeside city of Aix-les-Bains has attracted the rich and well-to-to for centuries. From the ancient Romans to U.K.’s Queen Victoria, the city’s reputation for its wondrous natural thermal springs beckons visitors from far and wide.

It is located in the formerly independent duchy of Savoy in the Alpine region of France, near the border with Switzerland and Italy. The town of Aix-les-Bains is just a few miles from Annecy and the French Alps within the Lac du Bourget region, leading to some breathtakingly beautiful natural landscapes all around.

The city was at its height in the 19th century, when the royal family of Napoleon Bonaparte (both his 1st wife and 2nd wife, sister and step-daughter) would regularly make way to Aix-les-Bains.

It would be Napoleon who would claim the Duchy of Savoy (and Aix-les-Bains with it) for France, on his way to conquer Italy. After several wars and back and forth, it was finally annexed by France in 1860.

And as for Queen Victoria, she visited Aix-les-Bains three times upon the advice of her daughter, Princess Beatrice. She made it so famous, the city put up a small bust of her, along with a British flag and a London telephone box to remind visitors of the royal connection.

Other famous royals in Aix-les-Bains have included Empress Sissi of Austria, various members of Belgian and Dutch royalty. Among the writers’ set were Victor Hugo, Alexandre Dumas, Honoré de Balzac, and George Sand, as well as musicians Edith Piaf and Charles Aznavour all coming to Aix for its famous baths.

These days with a population of around 30,000, it is an enchantingly small town in the heart of the French Alps. In winter, it attracts skiers from across the world with its snow-covered pistes and picturesque mountain views. And if you’re looking for a summer getaway, this is equally beautiful because you can go hiking and swimming in the lakes in this region.

There is lots to see and do, whether you’re into history or sports, with lots of little restaurants and boutiques to enjoy. So let’s explore the best things to see and do in Aix-les-Bains, shall we? Allons-y!

Right in the heart of the Aix-les-Bais is the oldest monument in Aix-les-Bains.

Arc de Campanus is thought to have been erected in 1 AD by the Romans. (The Romans enjoyed hot springs very much, and regularly frequented cities like neighbouring Briançon, as well as Aix-en-Provence and Gréoux-les-Bains in the south, which all have natural hot springs.)

It is not clear however what the function of Arc De Campanus was. While some historians believe it to be a funerary arch, others believe that its location near the thermal spas mean that it was a type of city gate.

Spa treatments are very big in France, with thegovernment paying for spa treatments called “the cure”, for medical conditions such as arthritis, rheumatism, obesity, etc.

There are a couple of large thermal spa resorts around Aix-les-Bains, using natural spring waters. The water contains calcium sulphide and is rich in trace elements of magnesium, manganese, potassium, iron, iodine, zinc, aluminum and copper.

It is advertised as being good for anti-inflammatory, anti-toxic, anti-infectious, anti-allergic and anti-oxidant actions, but as with all things, you have to take it with a grain of salt.

The closest spa to the city center is Thermes Chevalley Valvital, that is in the haute (“high”) part of town. A bit further outside of Aix, on a property covering 10 hectares, is the Thermes de Marlioz.

Both offer all types of cures and treatments, and so reservations do have to be made in advance to get the correct trained professional.

Just outside the city center (about a 10 minute walk) is the small art museum, called Musée Fauvre.

Founded in 1949, the museum is named after Dr Jean Faure, a local art lover, who bequeathed 220 impressionist and pre-impressionist works to the city of Aix-les-Bains.

From Degas to Cézanne and Pissarro, many of France’s greatest artists are featured here. It also holds several temporary exhibitions during the year. Tickets are around €5/adult while children under 18 are free.

For spa goers who need something to do in the evenings, Aix-les-Bains has two large casinos Casino Grand Cercle and Nouveau Casino (meaning “New Casino”).

Casino Grand Cercle is right next to the old district of Aix, and was inaugurated by Victor-Emmanuel II of Savoie in 1850. (A few years later he would give up the duchy of Savoy to become King of Italy in 1861.)

With a ballroom and a theatre in there at one point, the casino today holds nearly 200 slot machines, French roulette, English roulette, blackjack and several other card tables.

If you have ever wanted to cycle around an entire lake, here is your chance. Lac du Bourget is around 11 miles (18km) long and has wide cycle paths all around.

With boating and other water sports regularly available in a temperate climate, you may want to bring a swimsuit.

There are also several small sandy beaches along the lake and the nearby Massif des Bauges mountain is a great place for a hike.

The Dukes of Savoy may be long gone, but Savoyard traditions remain strong in Aix-les-Bains. There are many classic French cheeses that originate from this region, like the réblochon and beaufort.

There are plenty of restaurants in the area offering a local speciality called the tartiflette, which involves potatoes topped with copious amounts of cheese.

The traditional recipe include bacon lardons, but you can easily find other vegetarian options such as mushrooms, etc.

Enjoy it with a red Vin de Savoie, to keep with the savoyard theme. You can also have a traditional digestif like the Genepi to wash it all down after the meal.

How to get to Aix-Les-Bains?

Aix-les-Bains is easily accessible by train. From Paris, you can take the high-speed TGV train to Lyon, before switching to a TER train to Aix-les-Bains.
The closest airports are in Chambéry, Grénoble and Geneva.

The historic center of Aix-les-Bains is a few miles away from Lake Bourget, so you will need a car (or bike) to travel between the two.

One day is enough to see the sights, however if you wish to enjoy a bit of spa time, I would recommend staying overnight.

I would recommend staying in the center so that you can walk to all the sights of the city.

Visiting the other Valence (in Drôme, France)