Skip to content
With discounts up to 20-40% in shop!
The largest mountain range in Europe, the Alps are a sight to behold. From Mont Blanc to the Matterhorn, learn some amazing facts about the Alps. From its highest peak, railways, tunnels, war-time history, and much more. 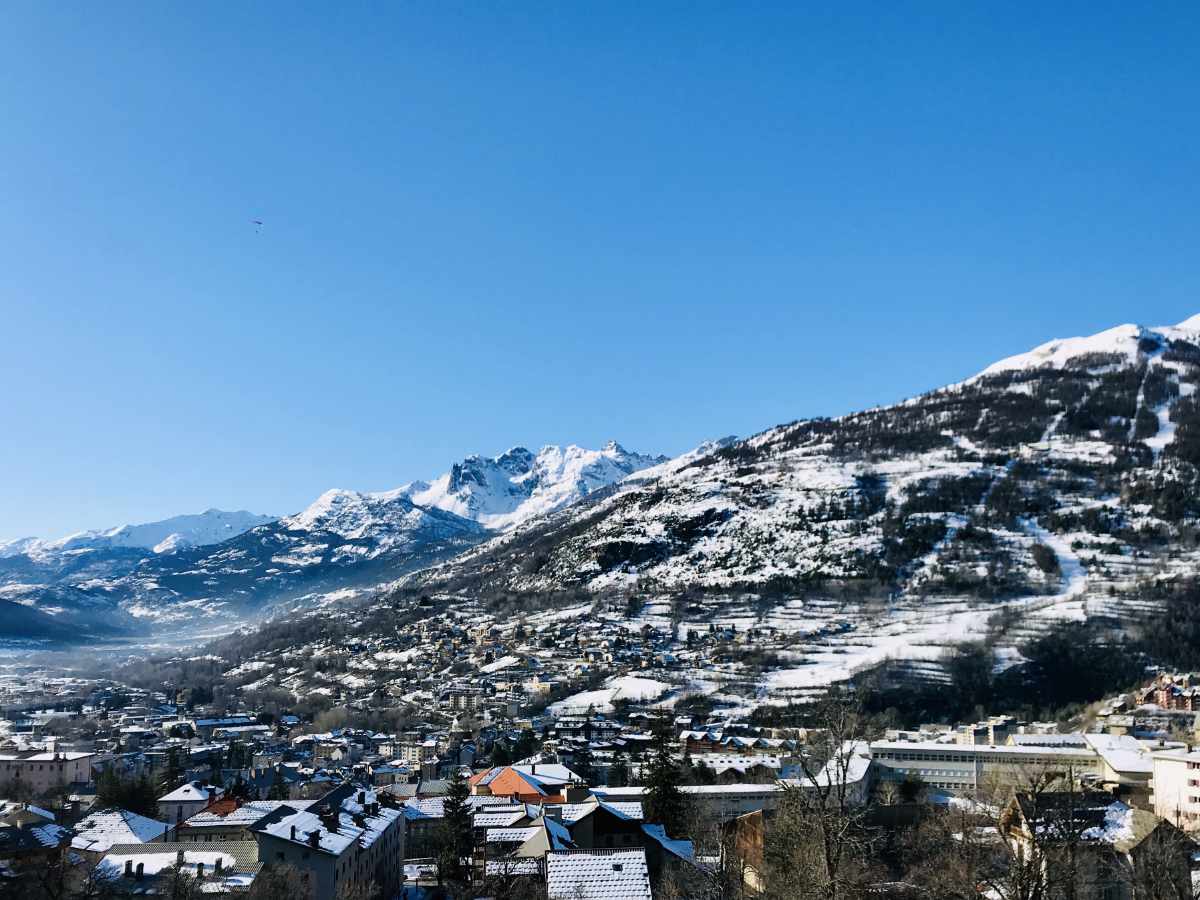 The Alps are one of Europe’s most iconic mountain ranges, and certainly one of the most diverse. From the breathtaking views of Mont Blanc and the Matterhorn to the exquisite Lake Annecy at its foothills, the mighty Alps are a sight to behold.

And it’s not just the snow-capped peaks that make them so. They’re also home to some of the most beautiful valleys and villages in the world. It also has some of the best places to go in Europe for skiing, hiking, and sightseeing.

The Alpine region also has its own specificities. With local dishes like fondue and raclette originating in this area, it has a culture all its own. (Remember to try the génépi digestif if you are in the area!) And so with that, here are some fun facts about the Alps you may or may not have known. Allons-y!

As a mountain range, the Alps stretch across Europe much of southern Europe. Starting from France in the west, they extend through Switzerland, Germany, Italy, and all the way through Austria, and Slovenia in the east.

The word “Alps” comes from the Latin word “Alpes”, meaning “the white mountain range”.The mountain range stretches approximately 750 miles (about 1,200 km). They are believed to have been created during collision between the continental tectonic plates of Africa and Europe over 65 million years ago.

Note: France has another set of mountains on its southern border with Spain called the Pyrénées, which are not part of the Alps.

2. Its highest peak is Mont Blanc

The highest peak in the Alps is Mont Blanc which is about 15,782 feet (4810 metres) tall. Mont Blanc is the name in French while the Italians call it Monte Blanco, both meaning White Mountain.

There is some question as to whether it is the highest mountain in Europe or not, as Mount Elbrus in Russia is taller at 18,510 feet (5642 meters). However, whether Mount Elbrus is part of the Asian continental plate or the European one is not clear cut. In addition, Mount Elbrus is technically a dormant volcano, and not a mountain.

3. Forts were built in the mountains in the Middle Ages

Even though the Alps mountains are not particularly easy to traverse, this area has always been disputed over by the royal Kings of France and Europe.

Dating back to the bickering between Charlemagne’s sons fighting over Alsace, Lorraine and the area between France and Germany, the mountains are filled with ruins of forts from days gone past.

The town of Briançon on the French border was heavily fortified under Sun King Louis XIV (of Versailles fame) in the 17th century to keep out Austrian invaders. This area called Forteresse Vauban after his engineer, Vauban, who constructed several fortifications all along the French border. You can read more about French history here.

4. There are underground tunnels all across the Alps

Nobody wants to climb mountains all the time, hence the tunnels. There are hundreds of tunnels lacing through the Alps, some long some short.

The Gotthard Base Tunnel is the world’s longest and deepest tunnel. It runs under the Swiss Alps between the towns of Erstfeld and Bodio. The tunnel is 35 miles (57 km) long and reaches a depth of 7545 ft (2300 meters).

One of the nicest ways to travel across Europe is the train. The Glacier Express, known as the “Slowest Express Train in the World” is famed for its scenic route connecting the mountain resort towns of Matterhorn and St. Moritz in the Swiss Alps.

Another very popular route is the Bernina Railroad which encompasses 38 miles (61 km), 13 tunnels, and 52 viaducts. It travels at a 7% incline in large portions of the trajet, making it one of the naturally steepest tracks in the world.

6. France and Italy are still arguing over their mutual border in the Alps

And the disputes continue today. French people might declare that Mont Blanc is in France, but to the Italians it is another story. The area has been disputed for centuries, dating back to the days of the Duchy of Savoie. The House of Savoie was a royal dynasty and independent country dating back to 1003AD.

The duchy covered much of this area of the Alps until Napoleon Bonaparte decided to annex Savoie in 1792 on his way to conquer Italy. After several wars and back and forth, the Duke of Savoie Victor-Emmanuel II conceded Savoie to the French in exchange for another prize: becoming King of Italy.

These days the problem is still not officially resolved, with minor diplomatic skirmishes regularly occurring between the two countries over ski trails and hiking permits.

7. The Mountains are renowned for their winter sports

From December to April, the Alps becomes a winter sports haven. Activities like skiing, snowboarding, snowshoeing and tobogganing are extremely popular.

In 1864, a St. Moritz hotelier named Johannes Badrutt launched the concept of winter holidaying as we know it. He invited a few summer guests to return for the winter holidays, promising to pay their travel costs if they didn’t enjoy their experience.

They ended up staying as paying guests from Christmas until March, and spread the word in their homeland. Forget cold foggy winters in London or Paris, and visit the Alps with its fresh mountain air and golden sunshine.

These days, the 3 Vallées and Paradiski proclaiming themselves the largest ski domaines in the world, there are numerous ski resorts in the Northern French Alps.

8. The Chamonix Winter Olympics was held in the Alps

The French city of Chamonix, is not just a very exclusive ski resort, it was also the site of the first ever Winter Olympics in 1924. The very first Olympic ski jump called Le Mont was built at the foot of Mont Blanc massif and the Glacier des Bossons for the 1924 games.

Jacob Tullin from Norway would go on to win the gold, while France became the first host country to not win a single gold medal in a modern Olympics. (They finished with 3 bronze.)

9. Summer activities are also popular in the Alps

The Alps are not just for winter sports, tourists flock to the mountains in the summer as well. In summer, activities such as hiking, mountain biking, sightseeing, mountaineering and paragliding are quite popular.

There are also several lakes and streams, such as Lake Annecy, if you want to take a dip. (I should warn you, it will be freezing!)

10. The Swiss have prepared for a Mountain war front

For much of its history, the country of Switzerland has been surrounded by warring factions in France, Germany, Italy and Austria. With 60% of Switzerland located in the Alps, the Swiss came up with the military strategy of wiring all their tunnels, railways and bridges with explosives to blow up in case of attack.

The idea was that this would cut off invader access to their major cities and give them time to move into the mountainous high ground to then fight a guerilla war from the Alps.

Aware of their strategy, Hitler held off attacking Switzerland In World War II and decided to go around their borders, with his own base of operation in the Bavarian Alps.

11. The Alps have an abundance of wildlife

According to the World Wildlife Foundation (WWF), there are over 4,500 species of plants here. There are also 200 bird, 21 amphibian, 15 reptile, and 80 mammal species that inhabit the area.

As in many other parts of the world, that biodiversity is under threat as humankind (and their ski resorts) move in.

12. Human kind have traversed the mountains for millenia

Humans have lived in the Alps since prehistoric times, 50,000 to 60,000 years ago. In Sept 1991, Ötzi the Iceman was discovered in the Ötztal Alps by two German tourists on the border between Austria and Italy.

He is believed to have lived between 3400 and 3100 BCE and is Europe’s oldest known natural human mummy. Forensics show that he was stabbed and left to die high up in the mountains.

13. There are several Glaciers in the Alps

The Alps is well known for its glaciers. There are over 1800 in the Swiss Alps alone, and around 5000 in total. The largest glacier in the Alps is the Aletsch Glacier in Switzerland. The biggest French Glacier is La Mer de Glace (meaning the “Sea of Ice”).

14. The Matterhorn is dangerous to climb

Mont Blanc may be the highest peak, but to the Swiss it is all about the Matterhorn. Meaning “peak in the meadows” in German, it about 1600 ft (500m) shorter than Mont Blanc and straddles the Swiss-Italian border.

The four steep faces rising above the surrounding glaciers has inspired mountaineers from all over the world. It is one of the most dangerous mountains to climb, with many deaths annually.

15. The Alps are rich in crystals

For centuries, people flocked to the Alps in a quest to make their fortune. The Alps is rich in crystals like amethysts and quarts and there is even a museum in the Chamonix dedicated to the crystals.

Among the “montagnards” (meaning “mountain people”) was Jacques Balmat, the first man reach the summit of Mont Blanc in 1786. It is believed he was looking for a mine d’or (meaning gold mine). No word on if he ever found it.

16. The Italian Dolomites are made from limestone

The Italian Dolomites that form part of the Southern Alps are made out of limestone and are much smaller in height than Mont Blanc, averaging between 6000-10000 feet (2000-3000 meters).

Located in the northern region of Italy, the area is known for its deep mountain valleys, dense forests, and gorgeous lakes.

17. Tourists flock to the Alps

And finally, did you know that the Alps are one of the most visited tourist destinations in Europe? Around 120 million visitors come the Alps every year, all year around making it one of the country’s top tourist attractions.

With UNESCO world heritage cities like Yvoire and Briançon offering easy access to both hiking and skiing, there is plenty to see and do. Not to mention eat, since the Alps are famous for several food and drink specialties.

There are also high-speed trains from Paris, London and other major capitals of Europe to the French towns of Moûtiers – Salins – Brides-les-Bains and Bourg St. Maurice that are at the foot of several ski resorts during the winter season.

The closest international airport is in the city of Lyon while southern resorts like Serre Chevalier are easily accessible from Marseille or Nice.

So are you ready to visit the Alps? If you enjoyed that article, you may want to read more entertaining facts about France, as well as the Eiffel Tower.

34 Amazing Facts about the Louvre Museum