Skip to content
With discounts up to 20-40% in shop!
Tags: plus beaux village de france
Yvoire on the Swiss border, has been officially recogized as "one of the most beautiful villages in France". With plenty of things to do, don't miss this hidden gem in the French Alps.
(As an Amazon affiliate, we may earn commissions from qualifying purchases. Please see our disclosure policy.)

You may have never heard of Yvoire in Savoie, but once you visit, it is something you will never forget. A breathtaking small medieval town on the shores of Lake Geneva, oozing with the charm of life in a small French village. Located on the border with Switzerland, Yvoire is in the south-eastern region of Auvergne-Rhône-Alpes in France.

Yvoire’s narrow cobblestone streets a big part of its appeal. They are filled with eateries, studios, galleries, and tiny boutique shops, which attract tourists from all over the world every year. The town’s stone and larch wooden buildings are covered in flowers, which make it the perfect place for all photography and nature lovers.

The summer months are the busiest and extremely popular among day-trippers coming to relax for the day. The view of the lake and its surrounding mountains add charm to this picturesque town, making it as pretty as if you’d see it in a postcard.

Given the strategic location on Lake Geneva (Lac Lémon) at the narrow point between the “small lake” and the “big lake”, the town was fortified in the 14th century by Amedeus V, the Duc of Savoie. Savoie was an independent duchy at the time, and the Duc recognized its military value as an invaluable asset against the French.

After the Duchy of Savoie fell in the 16th century, Yvoire lost all its military privileges and fell in decline. Today, tourism has helped the town get back onto its feet and is now officially recognized as one of the “plus beaux village de France” (most beautiful villages in France).

Even though Yvoire is popular among tourists, it managed to keep its medieval feel. Shops and restaurants perfectly blend in with the architecture of the town, which makes it even more suggestive to visit.

The tiny boutique shops are filled with souvenirs, as well as local handmade jewelry, crafts, and clothes.

A peaceful oasis right in the heart of the village, the garden stands out as a beautiful maze of flowers and plants that will awaken all of your senses.

The entry fee ensures the place is never overcrowded, allowing you to relax and enjoy the tour.

The castle dates back to 1306 and was built on top of a pre-existing fortress. It was one of the main reasons the village became a military standpoint. Best seen from the harbor or the Port des Pêcheurs, the castle is today one of the village’s main attractions.

Unfortunately, it is privately owned and no tourists are allowed inside.

Dedicated to Pancras, the Patreon of children, the church stands out as one of the prettiest buildings in town. Its most beautiful feature has to be the bell tower, rebuilt in 1857 to replace the old one.

The inside of the church was renovated in 2012, and since then has become a must-see for anyone visiting Yvoire.

The village has many eateries varying from creperies, to restaurants and cafes. But one of the dishes you must try is the local dish of perches, a sweet fish caught in the lake.

It is usually served with french fries and is absolutely mouthwatering.

Off the beaten tracks, you’ll find La Chataigniere. This is a green path that’s perfect if you want to immerse yourself in nature and escape the tourist hubs for a while.

The short walk in the forest is right by Lake Geneva’s shores and will offer incredible views of the Alps mountains and surrounding natural wonders.

How to get to Yvoire? 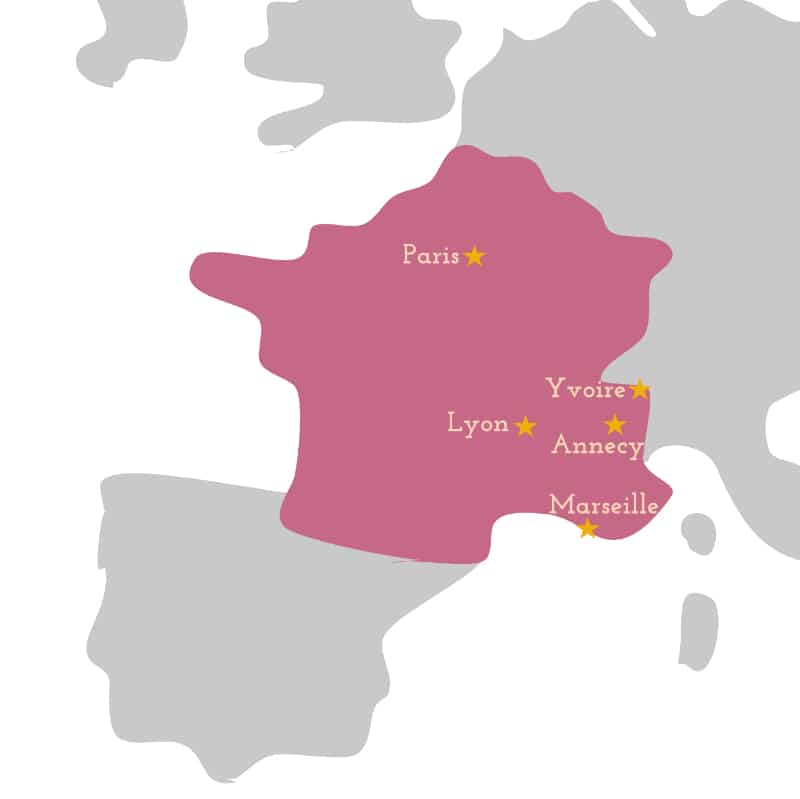 Yvoire is located in the south-eastern region of Auvergne-Rhône-Alpes in France. It’s very easy to reach by ferry if you’re crossing from Switzerland.

By Ferry: There are ferries leaving Nyon, in Switzerland, often several times during the day, allowing a perfect day trip.

By Car: If you’re in France and willing to drive, Yvoire is about 5.5 hours from Paris, and 2 hours from Lyon.

By Train: There is no direct train to Yvoire. The closest high-speed TGV train stations are in Geneva, Annecy, and Lyon from where you will have to arrange your own transportation to Yvoire.

By Bus: There is bus service from the town of Thonon les Bains to Yvoire.

By Plane: The closest international airport is in Geneva or Lyon.

How many days should you spend here?

You can easily make Yvoire a day trip from Annecy or Geneva, if you have a car. If you are reliant on public transportation however, I recommend staying overnight since buses are usually on reduced hours in the evenings.

The views around the lake are gorgeous, so I recommend taking advantage of the location:

So are you ready to book a trip to this charming little corner of France? Comment below and let me know. 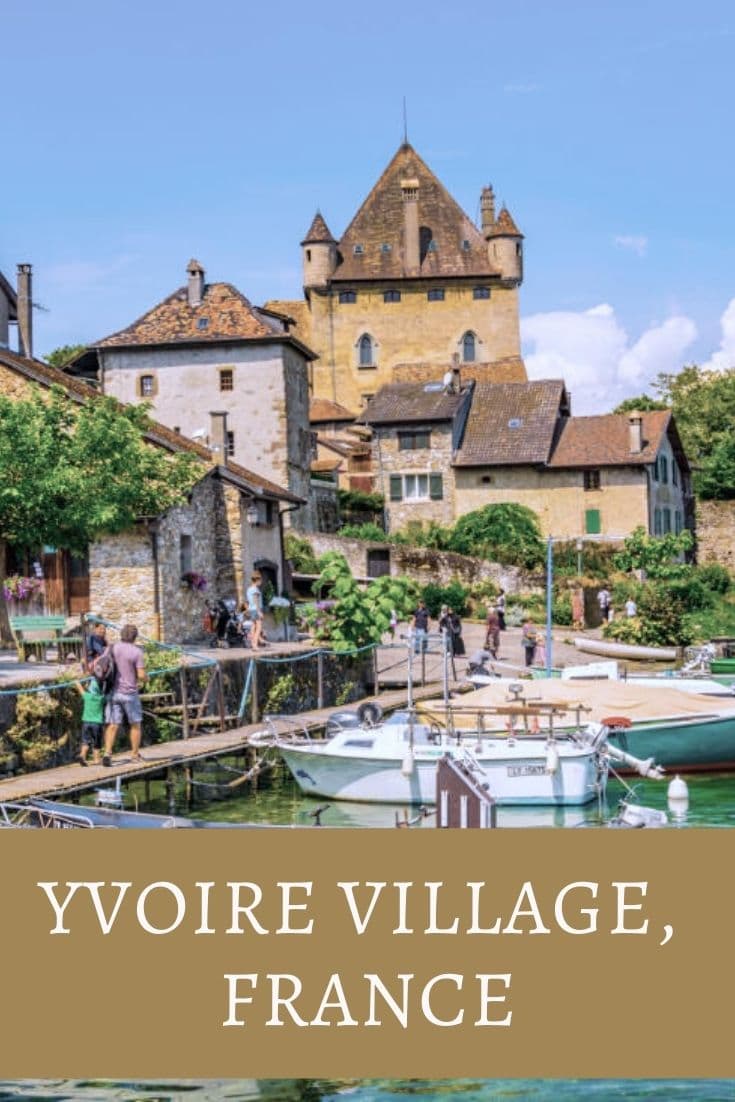 History & Gastronomy: 15 Best Things to do in Lyon France

Things to do in Annecy, France (the Venice of the Alps!)