Skip to content
With discounts up to 20-40% in shop!
Visit the Grotte de Choranche, a centuries-old natural in Isère, France. Known for its famous fistuleuses (limestone stalactites), it is quite a sight to behold. 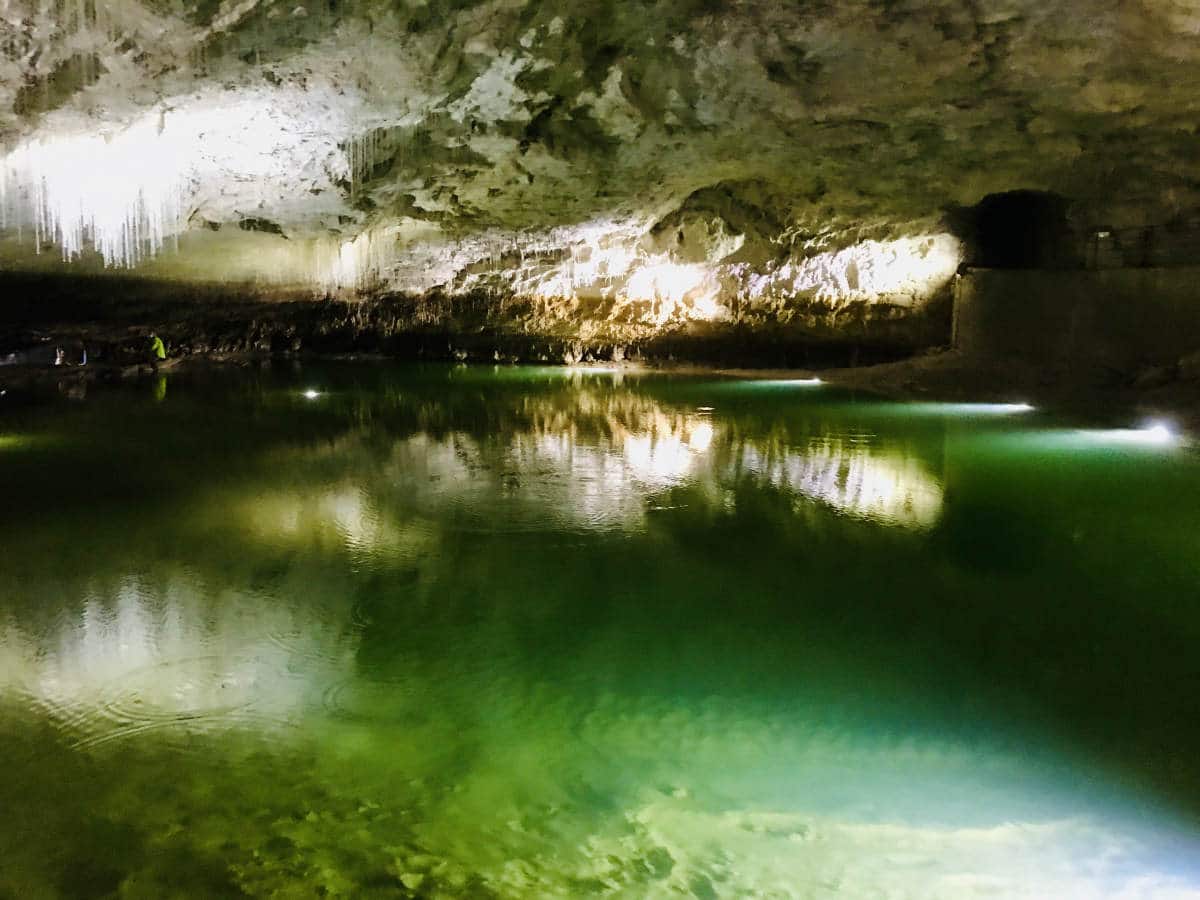 Located in the Isère Valley in France, deep in the Massif du Vercors Regional Natural Park, is the spectacular natural cave called the Grotte de Choranche.

Also known as the Choranche cave, this incredible natural phenomenon is the only one of its kind in Europe, known for its thousands of fistuleuses stalactites providing quite the spectacle.

The series of caves consist of many large galleries, some over 15-20 meters high. Add in some spectacular lighting, and this grotte is one of the most visited tourist attractions in the area.

About 32,300 meters long, the Grotte de Choranche is located high in the falaises calcaires (meaning “limestones cliffs”) of the Vercours Massif, at an altitude of over 500m.

The grotte was formed by water seeping into the porous limestone cliffs, forming a river underground which carved out the cave over thousands and thousands of years.

Partially discovered in 1897, the cave was not fully explored until 1943 which is why it remains so well preserved.

To give you an idea of how old this natural cave is, the limestone stalactites grow around 5cm in 100 years, and some are over 10 feet (3 meters) long.

With the stalactites being extremely fragile and vulnerable even to the breath, tourists are led through the cave by experienced guides in order to keep a safe distance.

Preparing for your visit

It gets quite cold in the cave due to the extreme humidity, even during the summer months. Our tour guide mentioned that the tours are limited to 1 hour because beyond that point the cold sets in the body, and many visitors are quite uncomfortable.

Warm jackets and clothing are highly recommended. I visited in mid-August at the height of summer, and our tour guide had a fall plume jacket on.

Access to the cave is based on timed-entry, so it is important to be there on time. There is a small café outside selling beverages and snacks if you do arrive too early, and need to while away the time.

It is around a 5-10 minute walk uphill towards the entrance of the cave, depending on if you are heading over with strollers and small children, etc. Tickets cost around €12/adult and €7.50/child.

Most of the cave is quite accessible for strollers and wheelchairs, except the grand finale light show which is up a steep flight of stairs (around 30 steps).

Other places to visit nearby

The Grotte de Choranche is located between Lyon, Valence, and Grenoble, and there are several other sights nearby as well.

Below the grotte, about 7 miles (11 km) is the small village of Pont-en-Royans. Voted one of the plus beaux village (meaning “most beautiful village”) in the Auvergne-Rhône-Alps region, Pont-en-Royans is famous for its colorful hanging houses overlooking the entrance to the Gorges de la Bourne.

And if you enjoying hiking, be sure to check out the nature trails around the Gorges de la Bourne, including the remains of the ramparts of the Trois Châteaux that overlook the Pont-en-Royans.

How to get to Grotte de Choranche?

The Grotte de Choranche is only accessible by car, with the closest train station in the nearby town of St.Hilaire St. Nazaire about 8 miles (12km) away.

The guided tour inside the Choranche cave takes about 1 hour. However, plan to arrive at least 20 minutes in advance from the parking lot to pass through the entrance, and up the hill to the actual cave entrance to be on time with your tour guide.

Bourg St. Maurice: the Gateway to the French Alps

Romans-sur-Isère: the shoe-loving town in France