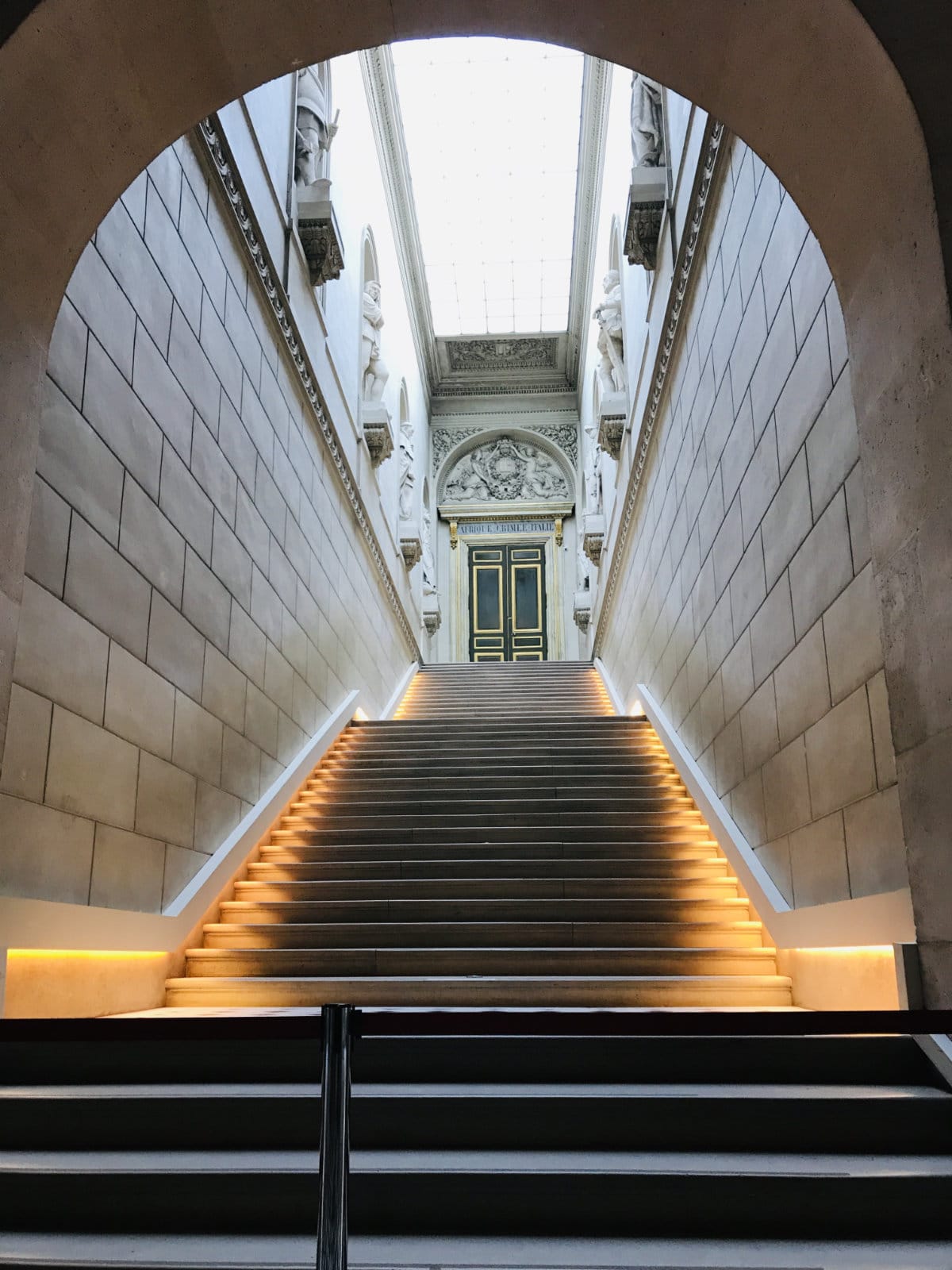 There are times when you just want to get rid of someone. Ok, maybe not. But since we had a bit of fun with the Bonjour in French (how did you do on the quiz?), you knew we had to cover saying Goodbye in French as well.

Now if you were in the French court of Marie-Antoinette, you would quickly come to realize that a goodbye is more than just goodbye. There is a way to say it that implies much more. Did you enjoy your time with that person, are you planning on seeing them again, should you do the bises (cheek kisses) when you leave or not?

Certain goodbyes are more formal than others. For French formal goodbyes, a handshake is necessary. But if you are at a get-together in France and you met someone for the first time, and then spent some time chatting with them, you have now perhaps moved from the formal to the informal. A bises would then be appropriate if at least one of the 2 parties is female.

So anyway, before I confuse you further, here are all the ways to say goodbye in French. Allons-y!

Au revoir is probably the goodbye that learners of French are the most familiar with. Au revoir literally translates to “till we see each other again.” Voir is to see, and revoir is to re-see. Au revoir is the gold standard of saying goodbye in French, so if you ever have any doubts, you can stick to this one. But if you are ready to get more creative, carry on.

2) Bonne journée (Have a nice day)

The problem with au revoir is that it implies that you are going to see the person again, when this may not always be the case. For example, if you are in a store and speaking to the shopkeeper. In these cases, you can instead end with a “Bonne journée”.

Sometimes even French people reflexively say Au revoir, and add a Bonne journée at the end, implicitly meaning that you may not see that person again.

3) Bonne soirée (Have a nice evening)

Jour translates to “day”, so for the evening version of goodbye, use bonne Soirée. When does the “evening” start? There is no clear consensus even among French people, but anytime after 6pm is acceptable.

I usually start at 5pm, but that is just me! (Also it is fun to watch other people fumble around when you do 😉

Now here is where the goodbye in french starts to get trickier. A plus tard is said with the expectation that you will see the person soon, with the date of the next encounter perhaps already decided.

À tout à l’heure is different from à bientôt in the sense that it is goodbye but you expect to see that person soon, likely later that same day. For example, you are at work in France and say a quick goodbye to coworkers as you are stepping out for lunch.

À tout de suite adds to the time element, where you expect to see very soon. For example, you are talking to someone on the phone, giving them directions to your place, and expect to see them very shortly.

This one is quite easy, it just means you expect to see them tomorrow. It can be formal or informal, and if it is informal, you can accompany it with the bises as you leave.

9) À la prochaine (Until next time)

À la prochaine more open-ended than à demain, meaning until your next encounter. It can be used in formal or informal situations.

À plus, on the other hand, is more informal. You would use it in the same situations as you would “later”, i.e. perhaps not to your boss or the President of your country.

Salut can be used as a hello and a goodbye, but usually only in informal situations, such as with a group of friends or coworkers that you are close to.

From the country next door, the Italian ciao! has made its way into French. Ciao is a rather informal bye, but can be used for many occassions.

Je m’en vais is quite informal to say that you are heading home. For example, at the end of a long night at a nightclub, saying goodbye to all your friends.

Je me casse is also quite informal but has a bit more of an edge to it. The harder edge can be misinterpreted and insult someone. For example, if you are getting annoyed because your sister is asking you too many questions, you might say Je me casse.

Bonne chance is to wish someone goodbye and good luck in formal and informal situations. It can be used with a qualifier like “bonne chance pour ta présentation“, or good luck with your presentation.

However, there is a bit of superstition with bonne chance. This is similar to actors saying “break a leg” before going on stage, instead of wishing someone “good luck”. For this reason, bonne chance is rarely used without a qualifier.

Bon courage similarly wishes good luck, but with an acknowledgment that the upcoming task will be difficult. For example, if someone is 9 months pregnant in France and going on maternity leave, you might wish them bon courage.

You wouldn’t normally use a specific qualifer like bonne chance however, but a general “bon courage pour la suite“. Good luck for the event upcoming.

Bonne continuation is an interesting goodbye in French because we don’t really have its equivalent in English. The long translation would be “have continued success on your next venture”. It is said to someone who you have spent some time with, who is off on a new project, that you don’t expect to see again. An example is saying goodbye to a coworker who is leaving for a new job.

Bon voyage is specifically said for someone taking a trip somewhere. It usually should involve an airplane, boat, train or another form of transportation.

19) Bonnes vacances (Have a good holiday!)

Bonne vacances is wishing someone a good holiday. This one is unlike Bon voyage above, which could be used even for a business trip.

Adieu is the formal farewell in French. As in English, a bit dramatic and a bit formal. It is rarely used in daily conversation, but more often in literature. (Or I suppose in a suicide note! Yikes!)

Bonne Nuit is a bit of a false friend here, because it actually means Good night, and should be used the same way, meaning right before going to bed. For example, if you were leaving a dinner party late at night, you would still say Au revoir, or one of the others, rather than Bonne Nuit.

If you would like to remember all this, you can get an easy-to-carry printable list here. And if you enjoyed this article, you may also enjoy reading about all the different ways to say hello in French, including all the various rules of the bises (kisses). In addition, check out our other resources to learn French.

35 French quotes about friendship and family

All the French National Holidays and Quirky Celebrations