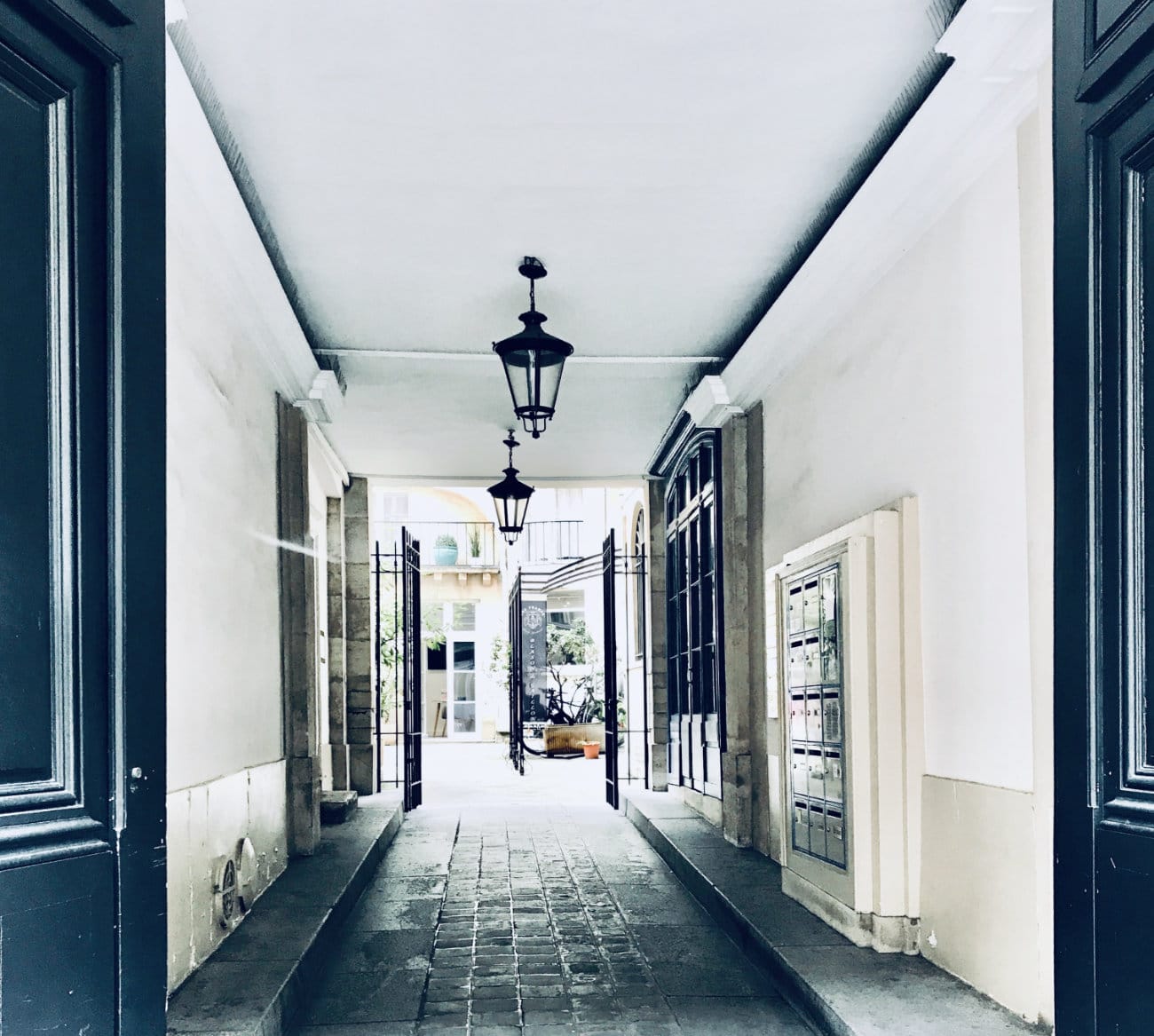 You may think you know the basics, but I bet there are certain ones that will you up. After 10 years in France, even I still sometimes get caught on the rules of saying hello in French.

I imagine you already know that you should say “Bonjour” if you walk into a French store or a restaurant before you demand something. It is only polite, even if you are a tourist. But if you are living in France, it gets more complicated than that. Bonjour is the tip of the iceberg. There is a full greeting that goes on, with various degrees depending on how well you know the person.

The generic “Good day”, that is most commonly used. A rather safe bet, if you are not sure what to say. If you are walking into a shop or restaurant in France and want to be served, start with a Bonjour, even if you don’t speak French.  Your interaction with that person will improve immensely.

Also means “Good Evening”, but is not a greeting, but an end to the evening.

Literally translates to Good Night, and is not a greeting, but an end to the night.

A rather informal Bonjour, the equivalent of Hi in English. It is a greeting among friends and people you know.  (Do not walk into a store and say Salut!)

A very informal Bonjour, usually only to children. Also used in between women who are very good friends.

The French version of Hello, which is usually said on the telephone. (You can also use Bonjour.)

Jourbon is verlan slang, which is a type of French slang where the alphabet order is reversed.

This may sound easy enough, but there is an added complication: the bises.  Depending on how well you know the person, you also have to add the French “cheek kisses” to every greeting.

The common thing that trips people up are whether or not you should go in for the bises. In general, if you identify as female or LGBT, you should do the bises to family, friends, and other people you meet in an informal setting. Only 2 males generally go in for the handshake, unless they are good friends. French people spend a lot of time at work, so that has slipped in there with the bises as well.

This also should take into account that people in different parts of France do anywhere from 2-4 kisses.  Parisians do 2 cheek kisses, but the Marseillais do 3.

It all gets quite complicated, even for the French! You can read more about la bise here.

Other Informal Greetings and Responses

There are also several other ways of saying Hello in French, without saying Bonjour.  Most of these tend to be quite informal, however, and only used among friends:

This is the quick way to say “How are you?” The standard response to this is “Ça va. Et toi?” meaning “Fine, and you?”

Quoi de neuf is also quite informal to say “What’s new?” It is a bit more slang than Ça va, but it still works in most situations. The typical response here is “Rien. Et toi?” meaning “Nothing, and you?”

There is a bit more concern behind this question, as in “How is everything? Is everything alright?” The typical response here is “Oui, et toi ? ”

A very informal one to say to your equivalent counterpart: “Everything rolling along?” As above, the typical response here is “Oui, et toi ? ” Yes, and you?

Quite a formal one here to say “Welcome!” The best response here is “Merci Beaucoup” or thank you.

Another very formal one to say “Hello, my name is Claude”. A nice response to this “Enchanté ! ” or “delighted to meet you!” There are many other ways to respond to this however, so have a look at the article below.

☞ READ MORE: Enchanté: The James Bond version of Nice to Meet you

The Importance of Bonjour

If this sounds like a lot of rules to saying Bonjour, take heart.  French people will appreciate that the effort was being made, rather than nit-pick about whether you said Bonsoir when it was time to say Bonjour.  (Unless you try to hug them.  Hugging is strange in France.)

French society tends to be more formal than in North America.  It goes back to the Royal courts at Versailles where a strict code of conduct was enforced that everybody from the nobility to the servants had to follow.

And as the English saying goes: You catch a lot more flies with honey, than vinegar. A little politesse goes a long way.

So if you take all that into account, it is time to take the quiz!

Here is a list of normal situations that you might encounter every day in France. Keep track of your scores so that you can see how did.

1. You are a woman, and you arrive at an apéro party where you meet a lot of people for the first time. Do you?

c) is the correct answer. You have to greet each person and do the bises. If you are male, you will greet each female with the bises, and shake hands with the males.

2. You meet a friend’s new girlfriend for the first time. Do you?

3. You are a straight man and you are meeting a (male) good friend for a drink. Do you?

4. You have been chatting with someone on Tinder, and you meet them on a first date. Do you?

b) is the correct answer. The typical greeting would be a Bonjour and the bises, even if you have never met in person before.

5. It is 5pm and you walk into your kids’ school to pick them up. What do you say to their teacher?

d) The correct answer is “I don’t know”. There is no general consensus when “Bonsoir” begins.  It is generally sometime after 5pm, so you could go either way.

6. You greet your kids at 5pm after school. What do you say to them?

c) is the correct answer. Since you are hesitating between Bonjour and Bonsoir at 5pm, you can instead greet them with a Coucou!

7. You arrive at work in the morning, in a traditional French office. Do you?

c) is the correct answer. It is a complete time-waster, but in traditional French offices and government workplaces, the person will go and greet every coworker, with the bises for the females. If the person arriving is female, she will do the bises to everyone.  You can read more about French work culture here.

8. You see your boss across the street and wave hello! Do you?

a) is the correct answer. Since it is your boss, you would not say Salut or Coucou, but the standard Bonjour.

9. You see someone you know on the metro, and then see them 1/2 hour later at work. Do you?

c) is the correct answer. Rebonjour, which doesn’t even sound like a word, is the winner here.  Literally, Re-Good Morning.

10. You are a woman and you meet your significant other’s parents for the first time. Do you?

b) is the correct answer. Women are expected to do the bises, not wave or shake hands.  More women are resisting these days, but since this could be your future in-laws, it is probably worth it to do the bises.

11. You are staying with your inlaws for a 3-day weekend. Do you?

b) is the correct answer. French children and even adult children usually greet their parents with a bonjour and a bises every morning.

12. You are female, and are leaving a dinner party. Do you?

b) is the correct answer. No waving or hugging.  Just as you greeted each person individually when you arrived, you must say your goodbyes to each one (or pull a runner).

☞ READ MORE: 21 ways to say Goodbye in French (for every occasion)

So how did you do? It can be a bit confusing, right!? Welcome to France! 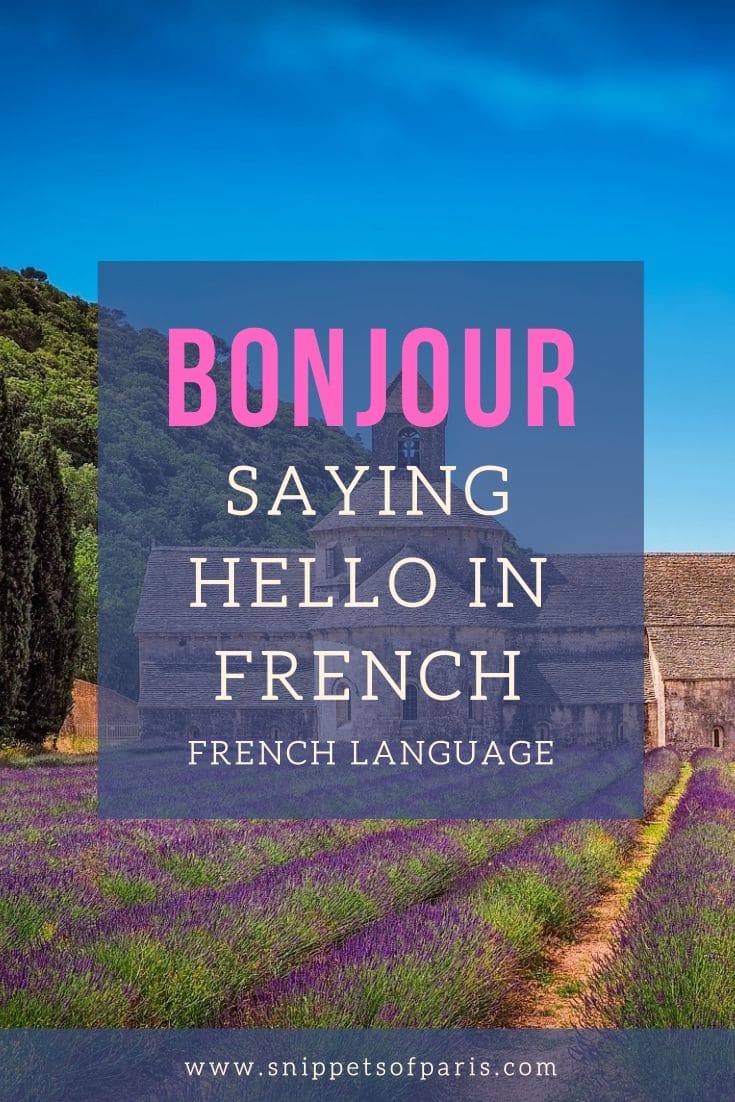