Full confession: we may be Snippets of Paris, but my OH is a born and bred Marseillais (pronounced mar-say-ay). And he is none too pleased that our kids are born and bred Parisians.

The roots of Paris vs Marseille go deep into history. These days, the rivalry mostly raises its head anytime a particular football (soccer) game is on schedule: Paris St Germain vs Olympique de Marseille. Just think Liverpool vs Manchester United, New York Yankees vs Boston Red Sox, or Toronto vs Montreal. I don’t suggest you walk around Marseille with a Paris Saint-Germain football t-shirt, unless you are keen to “meet” the locals.

It is a friendly rivalry these days, but a rivalry nonetheless. As an example, French politicians who want to present themselves as a counterbalance to the Government seated in Paris, will claim to be representing Marseille. That’s how they roll.

i) Gaul In Ancient times

To understand Marseille (pronounced mar-say), you have to know its location. The city on the Mediterranean is a natural harbor. Because of this, the city has been around since at least 600 BC, known as the Greek colony Massalia.

Then came the Romans, and with them, Marseille became an early center of Christianity. Tradition holds that Mary Magdalene came to Marseille, after landing in nearby Arles, converted the local people, and then retired to nearby Saint-Maximin-la-Sainte-Baume (about 50min away from Marseille by car), where she is buried.

ii) A Marriage and the start of the Rivalry

Marseille remained prosperous even after the fall of the Roman civilization, largely due to its rich harbor. Its wealth made it a target for the Royal Kings based in Paris, a city with which Marseille has always been at odds.

It was remained autonomous until the 12th century when Beatrice of Provence married Charles, the brother of Saint King Louis IX. She was the ruling Countess in Marseille, as her father did not have any sons. She and 3 her sisters were reputed to be quite beautiful, along with being rich. (The 3 older sisters married the Kings of France, England, and Germany respectively.)

Anyway, Charles came down to Marseille from Paris and like every chauvinistic male of his time, tried to take over. He managed to quell the first of many rebellions, but there was always an underlying current of distrust.

France at the time was not the country we know and love today. Rather, it was a hodgepodge of autonomous regions, ruled by different crowns and speaking different languages. People at the time didn’t speak French here, but rather a language called Provençale.

The Kings of France in Paris, over the generations, imposed laws on the population of Marseille, trying to wipe out the local culture and the language, doing little to endear themselves. Marseille was officially made a part of Provence, France in 1481.

In 1539, another King, François Ier imposed the French language on the entire population. No more speaking Provençale. This further inflamed the rivalry with distant Paris, where François Ier was based. In 1660, French King Louis XIV built the Fort Saint-Jean in Marseille, but famously had his cannons pointed AT the city, instead of to defend it.

The city suffered greatly in 1720, when the Great Plague of Marseille killed more than half the population, bringing this great city to its knees.

Needless to say, when the Revolution rolled around in 1789, Marseille was an enthusiastic participant. The King and Queen were brought from the Palace of Versailles to Paris, which was the epicenter of the revolution.

☞ READ MORE: History of the French Revolution and Protests in France

The city of Marseille sent 500 volunteers to Paris to defend their interests. Their battle cry on the way to Paris became the national anthem of France: La Marseillaise.

Note: they weren’t actually that creative to compose a song while marching. The song was written by a poet Claude Rouget de Lisle, while he was stationed in Strasbourg. It was just adopted by the Marseillais on their way to Paris, and hence its name. Way to grab all the glory!

During WWII, while Paris was fully under Nazi control, Marseille was technically in the “Free Zone”, which was managed by the Vichy Government (with their German overlords).

Marseille’s strategic position on the sea made it an early hub for the French Resistance for escape routes and safehouses. The city’s propensity for rebellion was an advantage, rather than a disadvantage. But while Hitler considered Paris was too beautiful to be bombed, he did not have any such reservations about Marseille.

Marseille was bombed several times and invaded by the Nazi soldiers. Many neighborhoods including much of the area around Marseille’s famous Vieux Port and Le Panier were deliberately dynamited, before finally being liberated in 1944 by the Allies.

In the 1990s, another chapter was written in Paris vs Marseille history. The chapter of footballing glory. For this generation of Marseillais, their most recent moment of glory is their Football Champions’ League title in 1993. The local team Olympique de Marseille (OM) lays claim to being the 1st and only French team to win a Champions League title.

This might appear to be a minor anecdote, but don’t tell any Marseillais that. To date, the Paris Saint-Germain Football Club has never won the Champions League, making the victory all that much sweeter.

Paris St Germain, with much deeper pockets and many a superstar, are knocking on the door, however.

Today, other than in football, the rivalry is mostly peaceful. Each city has its own personality and culture. Paris is the richer city and the capital of France. A lot of young Marseillais come to Paris for university, find jobs, spouses, etc. and never go back.

Industry and jobs are concentrated around Paris, leaving Marseille much poorer as the educated classes move away. This is slowly changing as Paris becomes overpriced, and companies are looking for cost savings and improved quality of life to attract employees. For more details, see a comparison of the cost of living between the two cities.

So have you been to Marseille and Paris? Do you have a favorite? Comment below. 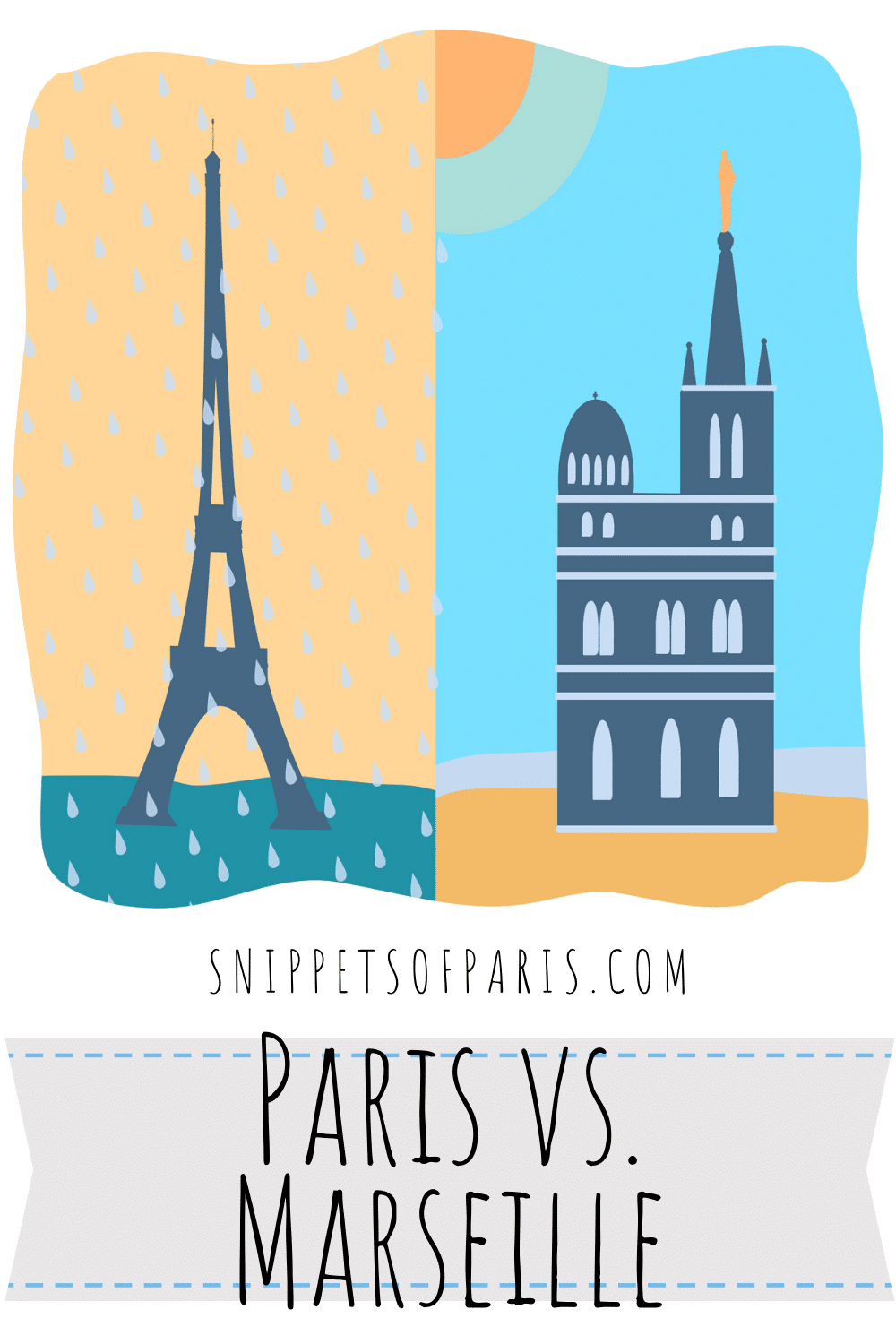 24+ Paris Facts: Trivia from the City of Lights

Why is there never any air conditioning in France?

Proving you live in France: The Justificatif de Domicile