Skip to content
Get printables and more in the Shop
Find out the best areas and hotels in Marseille to stay in, based on proximity to attractions, beaches, views of the Mediterranean, where to avoid, and more. 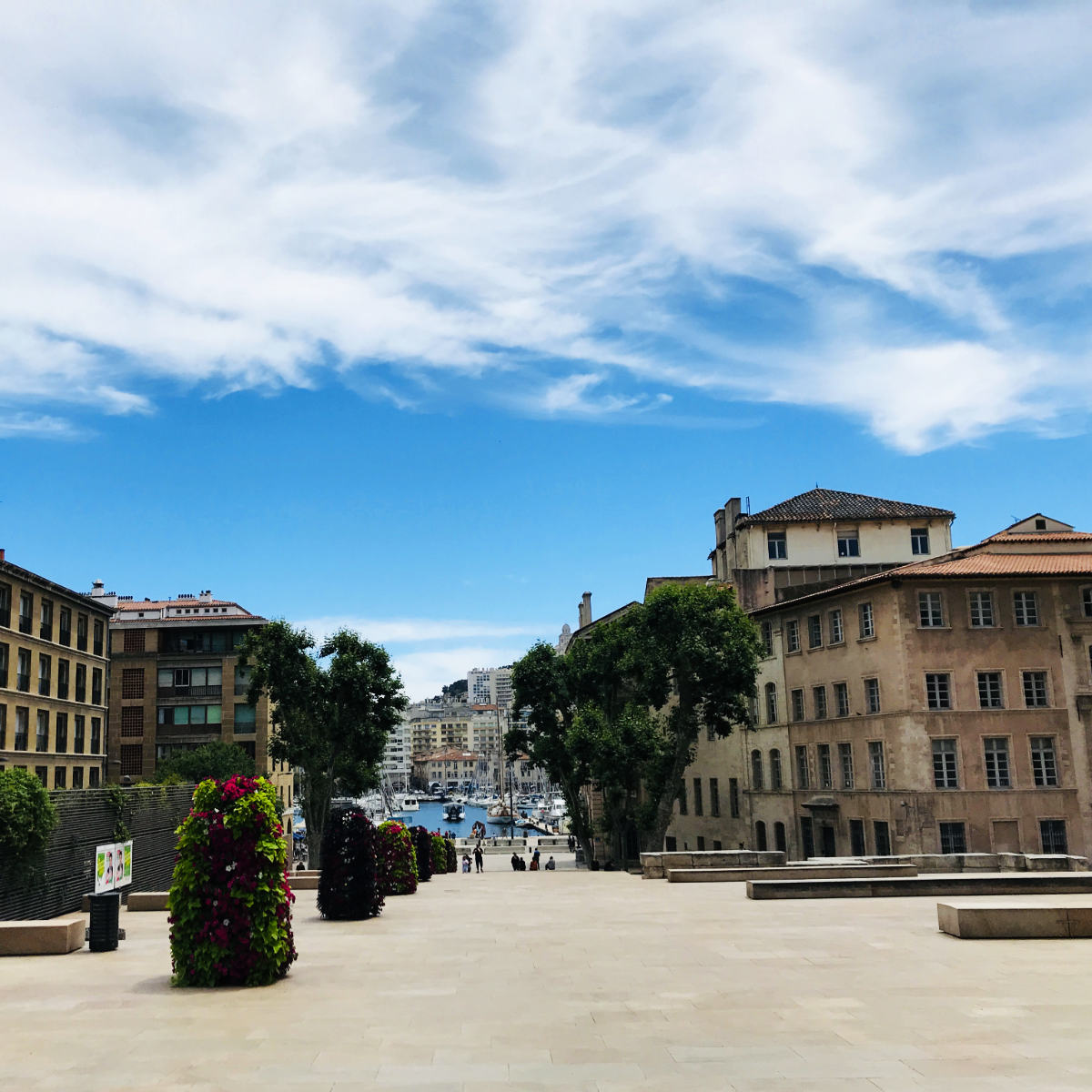 View of the Vieux Port in Marseille from the pavillion
(As an Amazon affiliate, we may earn commissions on purchases. All information provided is for entertainment purposes only, see our disclosure policy.)

When people ask where they should stay in Marseille, what they are really asking is if it is safe. The city has a reputation. Even a proud born-and-raised Marseillais will admit that it was well-deserved. (I have family there, I would know!)

But Marseille, the oldest city in France, has come a long way. With new museums, extensive road renovations, new cruise ships arriving at the port, and millions of tourists flocking to this part of the Provence and the French Riviera, Marseille is changing.

Nonetheless, there are certain areas that are more convenient to get around, see all the sights, and avoid any unpleasantness. So let’s get to where to stay in Marseille, shall we? Allons-y!

Whether you are spending one night in Marseille or a week, I always recommend staying near the Old Port. From here, most of the big sights of Marseille are within walking distance: Le Panier, Catalans beach, Vallon des Auffes, La Canèbiere, etc.

In addition, from the Vieux you can take a boat to go to the Calanques or the petit train to go up to Notre Dame de la Garde. In short, if you stay in this area, you won’t need a car or the metro. There are also plenty of restaurants and bars around for a nice night out, and an easy walk back to the hotel.

There are several great hotels at various price points in the area, and a number of them have excellent views of the harbor.

Hotels with a view:

Note: Rooms with a view are not guaranteed and will depend on availability at the time of booking.

Hotels near the Vieux Port:

Located about a 10-minute walk from the Vieux Port, this used to be a bad neighborhood, and still has the graffiti to show for it. These days however, this is considered street art with an edge, with Cours Julien attracting everyone from the young 20-something crowd to 40-somethings with children in strollers.

There are a couple of small hotels in the area between Cours Julien and La Castellane but the most popular one has to be the Mama Shelter. It is a newer chain that has a popular bar and restaurant, making it the place to be for young locals.

If you want spectacular views, you will want to stay along La Corniche. La Corniche Kennedy is actually a large road that goes along the coast of Marseille, off of which are spectacular quais and beaches that look onto the Mediterranean.

A couple of recommended hotels along La Corniche are:

Just off the Vieux Port is the main street called La Canebiére. This is what the locals call the “Champs-Elysées of Marseille”.

A large avenue with beautiful classical buildings, the street has many shops and cafés, along with the city’s Grand Theatre where operas and other cultural events are held. A couple of recommended hotels along the Canebière are:

Just behind Le Panier and the Vieux Port, La Joliette is close to the action, without being right in the thick of it.

The most popular part of La Joliette extends from the Cathedrale de la Major to the Terrasses de Port mall, because of its beautiful views over the harbor. A couple of recommended hotels in the area are:

Prado beach is the largest beach in the city, with several restaurants and bars directly and a festive atmosphere at any time of the day or night.

The Prado is a little further away from the center of town and will need a car to get to, but once you do get there, there are miles long stretches of beaches with plenty of space and amenities. A couple of recommended hotels in the area are:

Is Marseille safe to visit?

Historically, the Vieux port meant easy access to commerce and trade, as well as smugglers and other nefarious activities. These days, the Vieux Port is a tourist attraction, and trade is mostly conducted at the newer port where the large boats and cruise ships dock.

Areas to avoid include Les Quartiers Nord, or the northern part of the city. Pickpockets are common, so watch your belongings. In general though, compared to North American cities though, the level of crime rate is relatively low.

In addition, you may want to avoid the Vieux Port if there is a big match against the local football (soccer) team, Olympique de Marseille. Things can get rather rowdy amongst rival fan clubs in France.

How many days should you stay in Marseille?

I recommend at least 2 nights, including the day you arrive, especially if you want to go on a boat trip to Les Calanques or Château d’If.

You may also want to add an additional night and spend it in nearby Aix-en-Provence, which is 20 min away by car or train depending on where you are leaving from.

If you enjoyed that article, you may like to read more about things to do in Marseille. A bientôt!

Wondering what life in France is really like? After living in Paris over 10 years, I can tell you all about it! Go behind closed doors for fun anecdotes and the unvarnished truth on those intriguing French habits ;)