Skip to content
With discounts up to 20-40% in shop!
Get the facts about the historic Auld Alliance between Scotland and France, described as "one of the oldest alliances in the world". 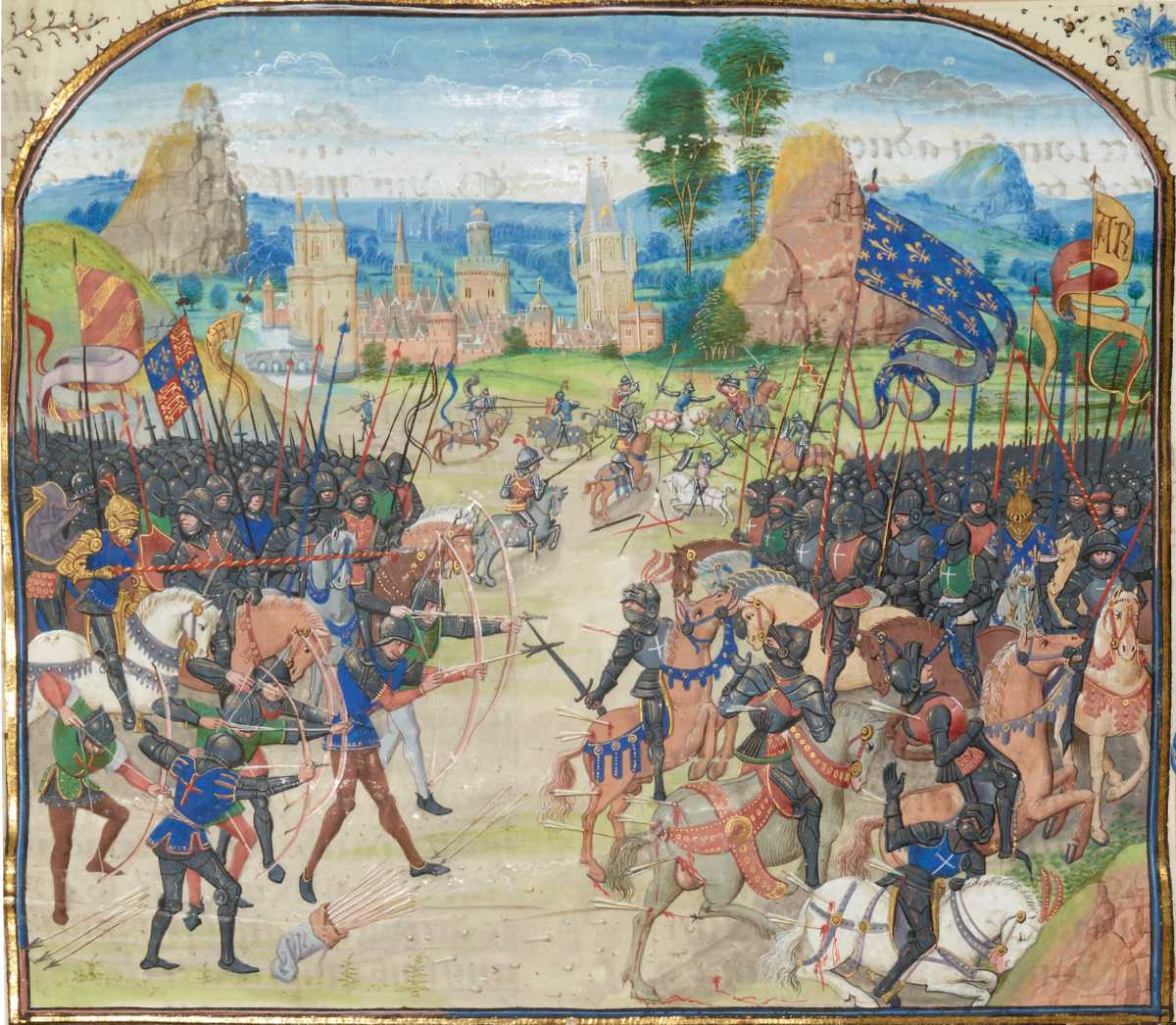 As the saying goes, “the enemy of my enemy, is a friend”. One of the most enduring and interesting relationships in European history is that between France and Scotland, which has endured in various forms for over 800 years.

The friendship was born out of a mutual need for an ally, against the dastardly English, of course. Known as the Auld Alliance, it was a treaty of mutual assistance signed in the late 14th century that continued for hundreds of years after.

At the time, France and England have been at war for centuries, as had the Scots and the English. Mutual assistance involved everything from fighting for each other’s cause to family intermarriages, undeniably linking the history of both nations.

These days, while political wills may have moved Scotland out of the European Union and away from an economic treaty with France, a friendliness and mutual respect still lies deep.

So let’s explore the roots of this long-standing alliance between France and Scotland, shall we? Allons-y!

1. Margaret, Maid of Norway and the signing of the treaty

It was the death of a little girl, a Norwegian Princess named Margaret, that would pave an opening for the Auld Alliance. Her mother (also named Margaret) was a direct heir to the throne of Scotland, and after she died in childbirth, Baby Margaret became the heir presumptive to the Scottish throne.

When she was 7 years old, Margaret’s father, who just happened to be the King of Norway, sent her off to claim the Scottish throne. The little girl became ill (poisoned?) during the trip and soon died, triggering a Scottish war of succession.

The new presumptive King of the Scots was John Balliol, who signed the Auld Alliance treaty in 1295 with French King Philip le Bel to strengthen his own position.

However, he had a couple of Scots named William Wallace and Robert the Bruce waiting in the wings, and wouldn’t last very long.

2. Robert the Bruce of Scotland

His name isn’t really Robert the Bruce, but rather Robert de Brus, with the French “de” having the same pronunciation as the English “the”.

The surname Brus or Bruis comes from the area called Brix in Normandy, France.

Robert’s ancestors were thought to have headed to Scotland at around the same time as that other famous Norman headed across the Chanel, William the Conqueror.

Given his ties to the continent, Robert renewed the Auld Alliance in 1326 once he became King of the Scots. The alliance would continue for another 200+ years.

3. Joan of Arc and the Scots

The Auld Alliance would hold strong during the Scottish wars of Independence and the French 100 years’ war, with both fighting the English in the 14th century.

After a disastrous battle of Agincourt against the English, it was Joan of Arc who would seize the mantle and lead the French troops to become one of the most famous female figures in France.

As she marched into Orléans on her way to confront the English, it was with a guard unit made of Scottish soldiers.

Legend has it that there were bagpipers to accompany her, playing Hey Tuttie Tatie that was supposedly also played for Robert the Bruce towards the battle at Bannockburn.

While France was regularly sending aid and soldiers to Scotland, it would be Scots who were employed to protect the French Kings.

During the 100 years’ war between England and France, it was the Garde Écossaise that were established to personally protect the French Kings. Sent from Scotland and commanded by Scottish lords, the guardsmen saved many a French King during battle.

The unit continued until the Auld Alliance ended in the 16th century, after which the name continued as a sign of honor, even though it included Frenchmen.

It was ultimately disbanded in 1791, a couple of years after the French Revolution, since there was no longer a French King to protect.

5. Mary Queen of Scots in France

The Garde Écossaise may have been operating in France with good reason: intermarriage between Scottish and French royalty was quite de rigeur.

One of the most famous marriages was of the infant Mary Queen of Scots who was wed to the Dauphin (crown prince) François of France. Mary’s own mother was French, and she arranged for her daughter to spend most of her childhood in the relative safety of France.

Mary was 5 years old when the marriage agreement was put in place, and would become Queen of France as well as Scotland when her husband ascended the throne.

However he soon died, leaving the 18-year-old Mary childless and to return to a Scotland that she barely knew.

6. James VI of Scotland and the end of an Alliance

It would be Mary’s son, King James VI of Scotland who would end the Auld Alliance. As heir to both the Scottish throne and that of his aunt Queen Elizabeth I of England, James would unite both kingdoms, making the alliance between France and Scotland unnecessary.

During a speech in 1942 in Edinburgh, at the height of World War II, French General Charles de Gaulle described the alliance between Scotland and France as “the oldest alliance in the world”.

He would go on to note:

“In every combat where for five centuries the destiny of France was at stake, there were always men of Scotland to fight side by side with men of France, and what Frenchmen feel is that no people have ever been more generous than yours with its friendship.“

These days a friendship and (rugby) rivalry continues between the two nations, who have seen many a war together.

If you enjoyed that article, you may want to read some fun quotes about that age-old rivalry between the English and the French.

23 French Revolution Facts: From Storming the Bastille to the Reign of Terror

History of the Louvre: From Royal Château to Museum

The Incredible History of Paris (with Timeline)

21 Amazing Facts about Joan of Arc