Skip to content
With discounts up to 20-40% in shop!
From rivals to allies, the British and French know how to duel. Here are the funnies quotes about Britain and France, their tumultuous history, and current relationship. 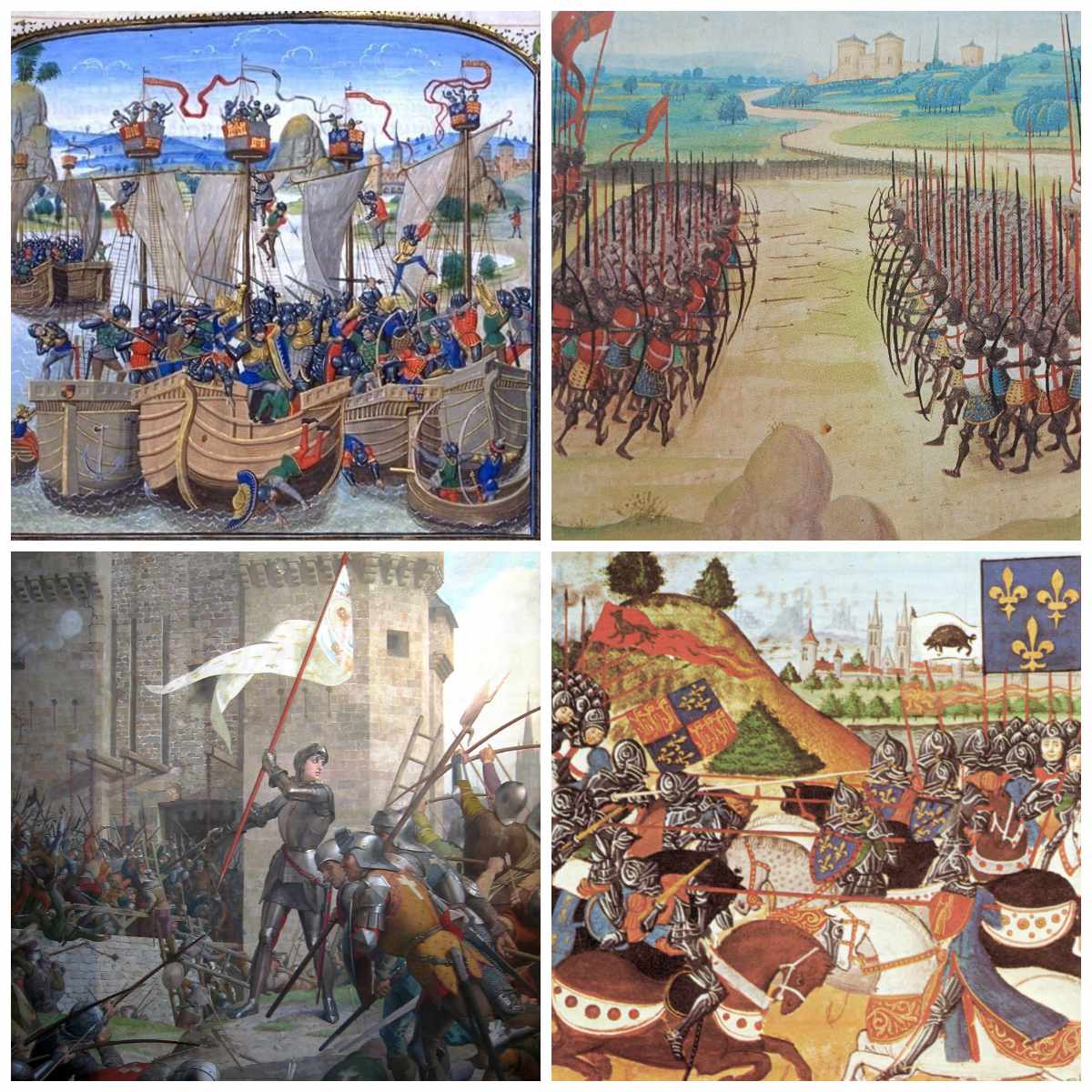 100 years war between France and England - credit: Blaue Max
(As an Amazon affiliate, we may earn commissions for certain purchases. Please note, all information is provided for entertainment purposes only. See our disclosure policy for details.)

If there is anyone that has a love-hate relationship, it is Britain and France. Having fought each other for centuries, the two countries now find themselves allied on most issues, despite themselves.

Gone are the days of the War of Roses, the 100 Years War, the Napoleonic Wars, etc… These days it is a war of words, with funny insults flying back and forth across la Manche (aka the English Channel).

From the Brits calling the French “cheese-eating surrender monkeys” and the French referring to the English as “roast beefs”, no one is ready to let that traditional rivalry rest.

As Shakespeare once said, “They have the same climate. The same religion. Their languages are almost identical. So why don’t they like each other?”

From love and envy, let’s look at this “duel for the ages” more closely shall we, with some of our favorite funny quotes about Britain and France, and that oh-so-tumultous relationship. Allons-y!

1. Between France and England, the best thing is the English Channel.

English writer Douglas Jerrold notes that it could be much worse: the two countries could be right next to each other.

2. The only point on which the British agree perfectly with the French is to drive in the left lane.

Ah, those Brits and the French: can never agree on anything. (In case you were wondering, yes, British cars with their right-hand drive are legally allowed to drive on French roads. )

3. The French and the English are such good enemies that they cannot help but be friends.

Going back into English and French history, for all those conflicts, we have English actor Peter Ustinov’s quote about the past, present, and future.

From the Guillaume de Conquérant (William the conqueror) who set sail from the shores of Normandy, France, to all their subsequent intermarriages with the French royals, there’s a reason we say “keep your friends close, and your enemies closer!”

4. The English are a people of almost superhuman tenacity. They never admit defeat. And they always end up not being.

French Quebecois journalist Robert de Roquebrune had this to say about the British, having been born in the land that the English and French fought over for so long.

Commenting on a stereotype about both the French and the English, whether or not it is true. You can read more about the French views on love and love-making here.

6. England built London for its own use, France built Paris for the whole world.

The American philosopher lived in Paris for several years. You can read more quotes about Paris here.

1. Water is a staple of English cuisine.

A reference to the English love of tea, compared to the haute gastronomie of French cuisine 😉

2. I now know why the English prefer tea: I just tasted their coffee.

Another British tea reference quote, compared to the French love of tiny coffees. I must say, at least the Brits don’t try to drink coffee in a bowl!

3. The French have wine, the English have humor.

With French wines being some of the most popular in the world, you know there was going to be a wine joke in there somewhere.

4. I bet what motivated the British to colonize half the world was that they were just looking for a decent meal!

English food may be getting better these days, with all those multi-cultural influences, but to the French, it will always be affreux (meaning “dreadful”).

1. The English invented football, the French organized it, the Italians put it on the stage.

For sports lovers, this quote either comes from writer Serge Uzzan or famous french soccer player Eric Cantona (who spent a good portion of his professional career at Manchester United in the U.K.)

If you are interested, you can read about actual French inventions here.

2. You had to be English to invent rugby. Who else would have thought of an oval ball?

Who would think that an oval ball would be so entertaining?

Robert Surcouf was a French privateer (aka pirate) roaming the seas from his base in the port city of Saint-Malo, looking for enemy ships he could prey on. He was so successful, he was awarded the French legion of honor.

French writer Claude Gagnière obviously had a way with words.

2. When you travel without knowing English, you have the impression of being deaf and dumb and stupid from birth.

French tv presentator Philippe Bouvard, speaking of the colonial expansion of English beyond the borders of England.

Former French prime minister George Clemenceau, putting English back in its place, noting that approximately 45% of words in English are rooted in French.

Since much of the English royal court (from William the Conqueror and beyond) was originally French, it is this influence that has seeped into English. You can read more about the English and French royals here. 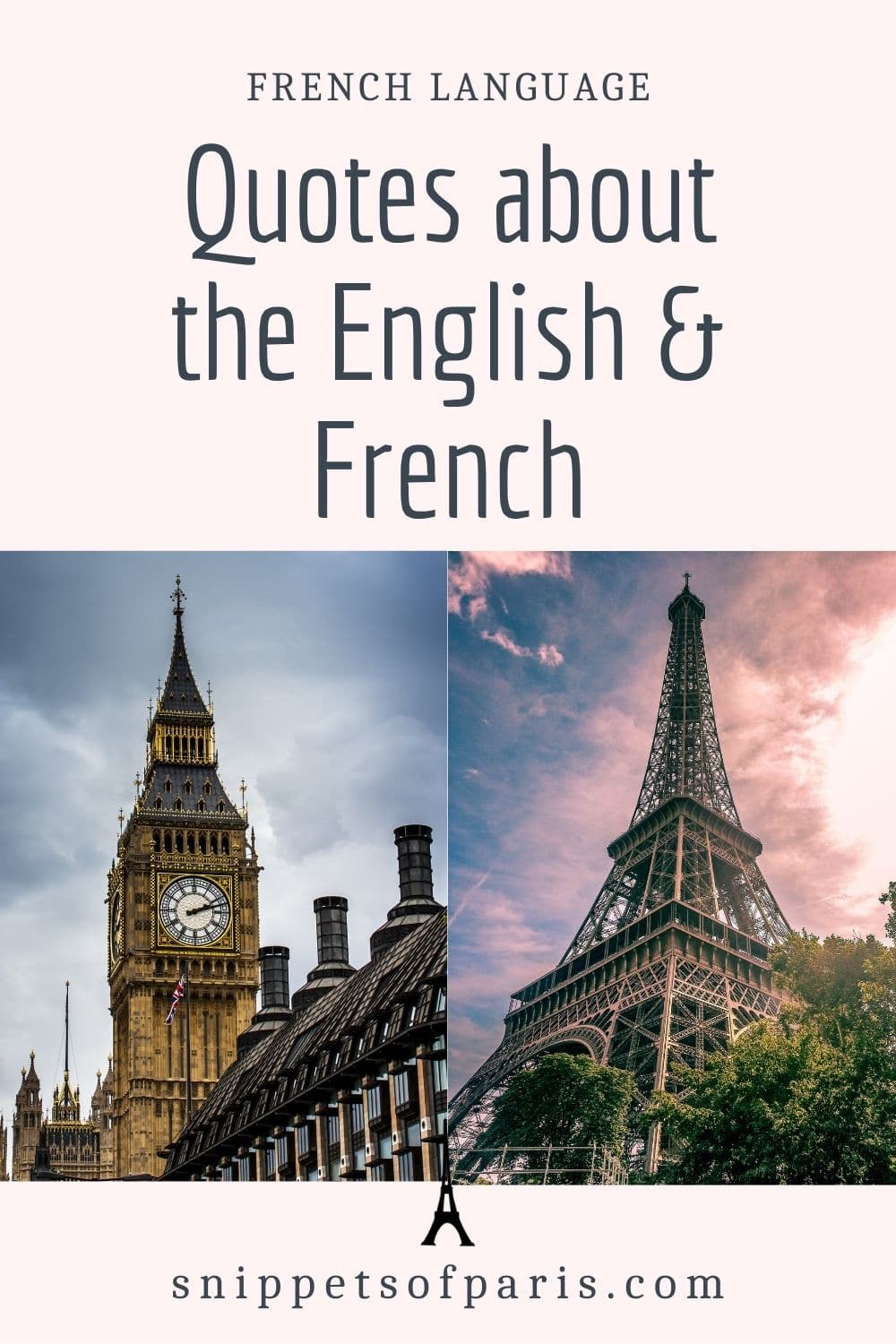 21 French Quotes about Life (and Death)

French for Kids: 11 Free Resources for learning at home