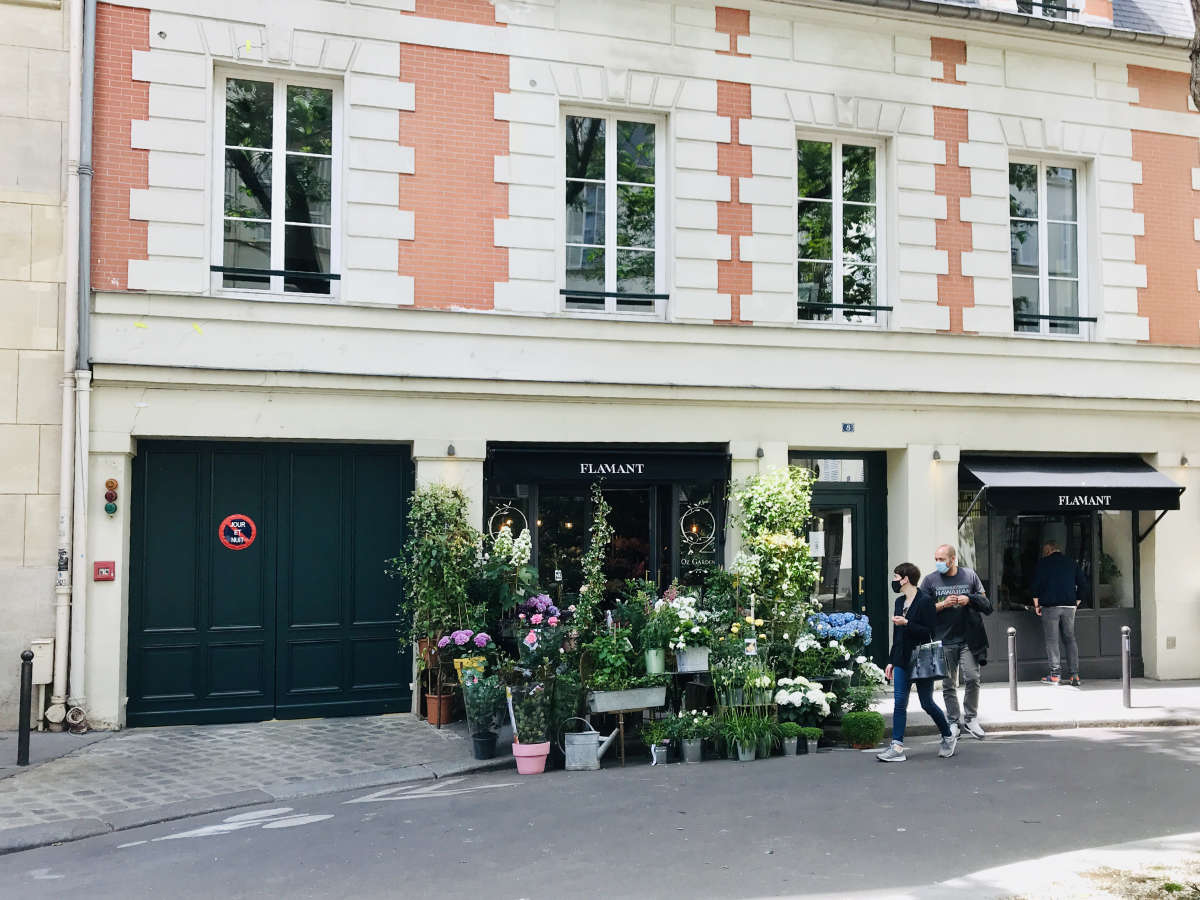 Whoo hoo, It is the 19th of May!   Which may not mean anything to you if you don’t live in France, but for us it is the day that France officially starts to end its lockdown.

The museums and cinemas are opening and restaurants are now allowed to serve outside.  French President Macron and Prime Minister Castex celebrated by going incognito to a café terrasse for a quick coffee this morning.  Luckily the TV cameras were there to capture this moment.

No word on why the poor bodyguard didn’t get a cup of coffee as well.  The problem however, is not why the bodyguard occupying a table without ordering anything, but rather that is pouring buckets in Paris at the moment.  And it is supposed to continue to rain pretty much non-stop till at least next tuesday.  Enough to put off all those “amateurs de terrasses“.

But things are looking up if you are looking to plan your summer holiday in France.  The government made its 20 million vaccinated target of 1st doses over the weekend, by wink-wink insisting that only people with cormobidities should get vaccinated, but then not checking when they actually showed up.

An ingenious marketing campaign if you ask me, to make anti-vax French people want to get vaccinated by claiming one of those treasured appointment slots. Vaccine centers are packed, running like well-oiled machines and appointment slots are scarce up and down the country.  And thus things are looking bright for the summer.

Anyway, here what is new in the blog over the past few days:

15 Funny Quotes about Britain and France

If there is anyone that has a love-hate relationship, it is Britain and France. Having fought each other for centuries, the two countries now find themselves allied on most issues, despite themselves. Gone are the days of the War of Roses, the 100 Years War, the Napoleonic Wars, etc… These days it is a war […]

The Incredible Amount of Taxes in France (2021)

If you are going look at taxes in France, you have to start with a single astonishing fact: approximately 57% of GDP comes from France’s Public sector spending. That means more than ½ of the spending in France’s economy is coming from the government (per the Office of the French Prime Minister). And from where does […]