Skip to content
With discounts up to 20-40% in shop!
Tags: Wedding
Dreaming about getting married Paris? Unfortunately, it is not that easy to jump through all the legal hoops. Get the ins and outs of getting married in France.
(As an Amazon affiliate, we may earn commissions for certain purchases. Please note, all information is provided for entertainment purposes only. See our disclosure policy for details.)

Ah Paris, that romantic city of lights! And the Eiffel Tower, which is one of those iconic places people love to pop the question.

And yet, you don’t see many foreigners getting married in France. As a tourist, you can have a wedding ceremony in France (read about the traditions here), but it will not be a legal ceremony unless you complete all the paperwork.

That’s because marriages in France can only take place at the local town hall, and they vigorously check that it is not a mariage blanche (a fake wedding for papers). This guide covers the logistics and the paperwork required for a French Marriage.

☞ READ MORE: 128 Romantic French Phrases to sweep you off your feet

i) The Public Official

As I mentioned, all legal weddings in France must be officiated by a public official. This is usually the mayor of the city, or his adjoint. This type of civil ceremony is the only legally binding marriage ceremony possible in France.

Given that you need a public official, you can’t actually just roll up in a BMW to any old City Hall in France and ask to get married. This would be quite tempting since there are some Mairies (city halls) in France that are gorgeous 18th-century classical buildings, while others are modern little boxes.

But there is no choice. The civil ceremony has to be in the town that you currently live in (since at least 1 month), or where your parents live. Some people get around this by asking a relative/friend to sign a letter saying that they live with them. But this can cause its own set of problems: Were both spouses living there? Were the spouses living apart? Is this a sham marriage?

It also presumes you know somebody in that town.

As in all matters in France, you need a lot of paperwork to get married. The requirements are different from town to town, and even every arrondissement in Paris, but in general you need:

Yes that means first the government body issuing the certificate puts an apostille, and then the official translator puts their apostille.

iv) Additional Documents if you are a foreigner

And if you are a foreigner (i.e. not a French citizen), you will also need to provide to get married in France:

The foreign certificates of “coutume” and “célibat” are actually not that complicated because the embassies in Paris are quite used to it. At the Canadian embassy, I simply had to sign a letter saying I was not married to anyone else. They then promptly issued all the letters for me (for a price!).

Official “assermenté” translators also know what is required, and will give you the documents without you having to ask.

If you are a foreigner, however, they may be more strict on what they need from you for Proof of Residence, to avoid “sham marriages”. In this case, they will ask for proof that you live together, income tax returns, bank accounts, etc. Basically, it can be anything and everything, depending on the bureaucrat at the Mairie who is dealing with your marriage application. Be mentally prepared.

France has very strict laws on marriage, children, and inheritances, so when you get married you are required to choose amongst 3 options:

If you pick anything other than Communauté réduite aux acquêts, you will need to write up a marriage contract with your French notaire (notary).

In France, the marriage banns must then be posted outside the Mairie at least 10 days prior to your wedding. This will be done by the Mairie once they go through your application.

If you were planning on a rush wedding date, you will have to hold your horses. There are only certain slots when weddings are officiated. If the Mairie is beautiful and you want a summer wedding, you will have to put in your application months in advance.

The Practical Aspect of having a Wedding in France

If your head is spinning looking at this list of documents, welcome to my world. Now, I should point out that you can decide to legally get married outside of France. You can then just have a wedding ceremony in France, such as in a château, hotel, church, etc.

In this case, legally you will have been married elsewhere, and you don’t need a City Hall official. I did consider running off to Vegas when I saw the list of paperwork, but caught myself. The Mairie in the Paris arrondissement where we got married was gorgeous, and I quite liked the idea of getting married there.

A lot of French people have a civil ceremony at the Mairie, and then do a religious church wedding later. It can either be on the same day or months apart. We did a civil ceremony during the day, and then a reception in the evening.

☞ READ MORE: The Ins and Outs of a Traditional French Wedding Ceremony

If you don’t have any family or connection to France, getting legally married overseas and holding a ceremony in France probably your best bet. (Or just the bachelor party!)

But if you do live here and plan to continue doing so, my advice would be to slog through the paperwork. For one thing, you will have to register your wedding in France anyway, so you would just be trading in one boondoggle for another.

For another, because we got married in France, it was so much simpler to fulfill other French bureaucratic requirements. A “new” marriage certificate that is less than 3 months old (same explanation as birth certificate above) is required for occasions as for the birth of the children, every visa application, and the French nationality application.

All the Mairies in France let you order these documents online. So every time you need a copy of your marriage certificate, you can get one with a few clicks of the mouse for free. I don’t know if the Las Vegas City Hall is going to offer you that level of service.

So have I put you off the idea of having your wedding in France? Are you going to “cheat” and have the civil ceremony elsewhere? Comment below and let me know. 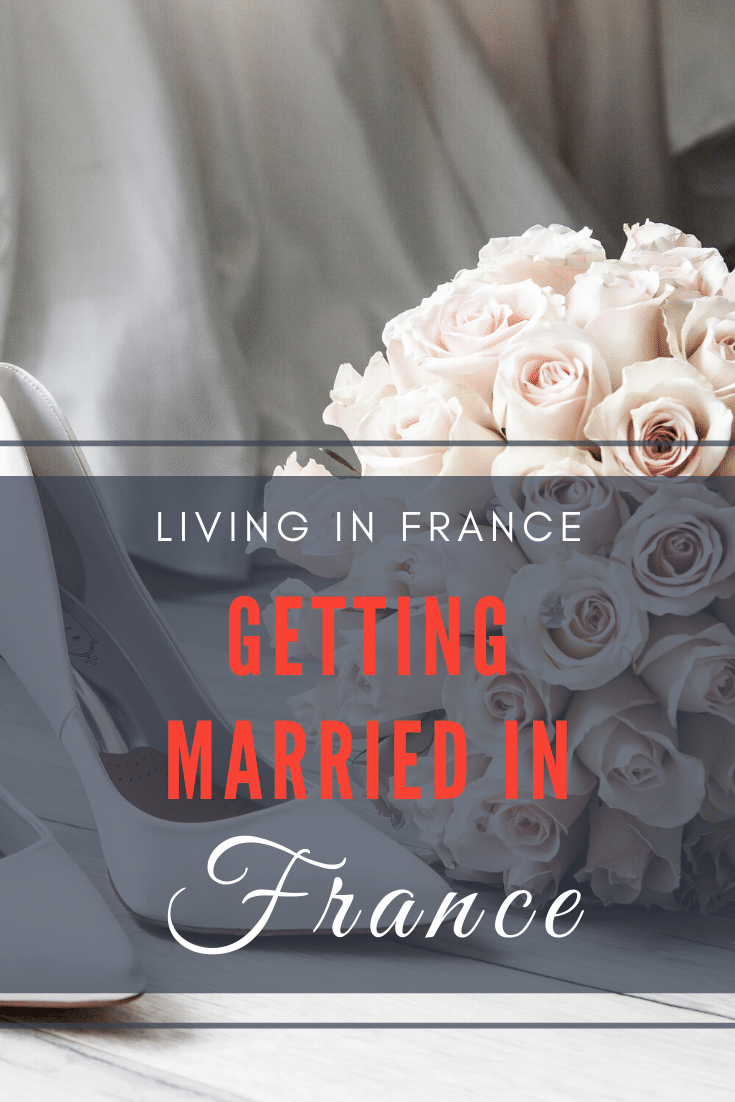 16 French Philosophers who changed the world

Proving you live in France: The Justificatif de Domicile