Skip to content
With discounts up to 20-40% in shop!
Tags: Wedding
Get the lowdown on the French bachelor party. From who gets invited, who does the planning, the fun activities, a few surprises, and much more. 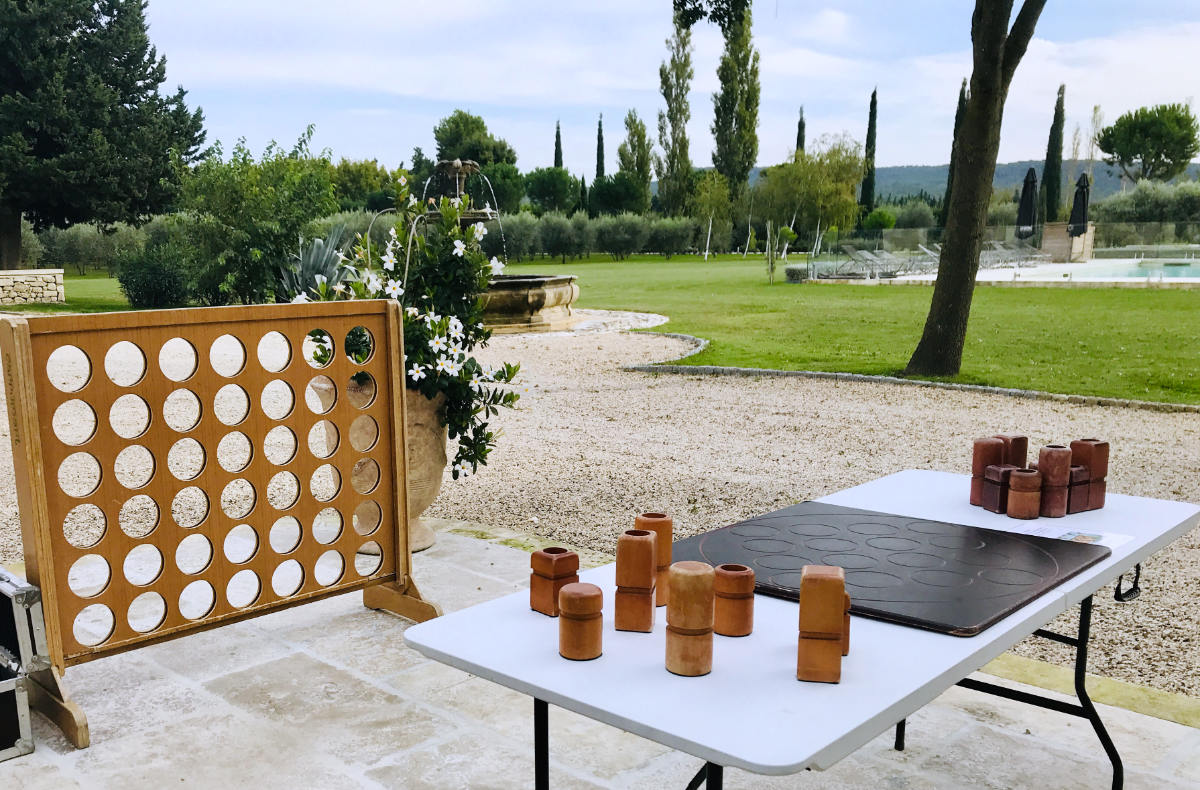 It is all in the name: the enterrement de vie de jeune garçon (EVJG). It doesn’t just mean bachelor party, it means “the burial of the life of a boy”. If you were waiting for a big French celebration, this monumental turning point right before getting married is it: the French Bachelor party!

The female equivalent is enterrement de vie de jeune fille (EVJF) meaning the “burial of the life of a young girl”. You may have heard me say before, in France, we don’t do graduation parties, bridal showers, engagement parties, baby showers, or other types of grand celebrations. So the EVJ before that big formal wedding has to be “go big or go home”.

Alright, maybe that is a bit of an exaggeration. But after living in Paris for 10 years, I’ve come to accept that we never do anything too extravagantly in France. That would be too much.

For instance, the French do not try to compete with the English when it comes to drinking at a bachelor party. (I’m not sure anyone can beat the English actually.)

Anywhoo, it all starts with reserving a full weekend for your EVJ bachelor party. Since there are no bridesmaids or groomsmen at a French wedding, it is the friends who have been designated as witnesses who plan the event.

Now, the French could just have a last-minute night out, but that is not really giving it their all. So let’s find out everything on the menu for our weekend extravaganza, shall we? Allons-y!

It usually starts off with a fake “kidnapping”. Early Saturday morning, before the would-be bride/groom is expecting it, friends will swing by with the big surprise: it is time to pack a bag, because it is bachelor party time!

Now, practically speaking, if you’ve read my article on French weddings, couples in France tend to wait a long time these days to tie the knot. In certain cases, they may already have children before doing so. Indeed, some couples are also already legally married before they have the big fat French wedding.

So a certain amount of pre-planning for babysitting and other events is usually discreetly advised in advance.

The friends of the Marié(e) usually arrive with coffee and croissants, ready to spirit them away to a weekend cottage or the like with an overnight bag in tow.

You may be surprised to know that bachelor and bachelorette parties in France are not restricted by gender. If the bride has good friends who just happen to be male, they are usually invited to the bachelorette party, with the full blessing of their own spouse/partner.

This is not considered unusual in France, because the attitude is “if you don’t trust your future partner in that way, why are you marrying them?” (Contrary to popular belief, most French people are not running around having affairs, unless they are politicians!)

In addition, at times friends may bring their spouse/partner to the bachelor party, if they are available and are keen. There is no fixed rule on who can be invited, it just depends on who the bride/groom wants to be included.

Upon arriving at the weekend destination, to warm up and get the festivities started, some sort of sporting activity is usually organized. This could be anything from paint-ball and pole-dancing, to bungee and parachute jumping. The word of the day is: les sensations (sensations).

There could be one or many such physical activities lined up. And no beer-pong doesn’t usually count as a sporting activity, at least until much much later.

After all the physical exertions, it is time to dress up to go out! The bride/groom is usually given a funny outfit or t-shirt to wear for the big night out.

There are also usually funny tasks to perform throughout the night when arriving at different locations, during a pub crawl for instance.

5. Drinking starts in the evening

I should mention here, the drinking usually starts towards the apéro hour. The point is not to get drunk (at least not too early), but to have a nice weekend away. There will be wine with lunch of course, but still within control.

The full apéro will start in the late afternoon, with copious amounts of apéritifs like pastis, cocktails, and beer. After moving on to light snacks like the savory cakes, charcuterie, cheese platters, and other nibbles, the flood gates have been opened.

Think of it as a marathon, and not a sprint. The chatting and apéro is expected to go late into the night.

And after all that, it is time to recover! The Sunday is usually spent lazing about, maybe with a swim or some pétanque, before everybody heads on home. It is back to work monday after all!

16 Tips for planning a Château Wedding in France