Skip to content
With discounts up to 20-40% in shop!
Reverse culture shock, that strange feeling upon returning home after moving abroad. Long-term expatriates explore the feeling of disconnection and questions of identity.
(As an Amazon affiliate, we may earn commissions for certain purchases. Please note, all information is provided for entertainment purposes only. See our disclosure policy for details.)

You may have heard of reverse culture shock: the strangeness that you experience upon returning to what you thought was “home”. Reintegrating into your own culture is not as easy as it sounds. After 10 years in France, there are times when I feel completely out of touch with North America.

To be clear, I don’t mean feeling disconnected from my family, of course, there are airplanes, facetime and skype for that. We make it a point to talk and visit quite often (or have them visit).

I mean the disconnection to the pop culture, the code words, the jokes, and the hidden references. It usually rolls around every time I see friends and family back home preparing to watch the Superbowl or the Oscars. There is no way I can wake up at 3am on a Monday morning to watch a broadcast that will go on for 3+ hours.

And even if I did wake up, I would have to listen to a football yellow flag being called the “mouchoir de penalité” for 3 hours in French. (Roughly translated, it means “handkerchief of penalty”, which even sounds ridiculous to my French OH).

The other day I quoted the famous expression “lions, tigers, and bears oh my!” to my toddlers and my French OH had no clue what I was talking about. Wizard of Oz was not a movie I watched, but the phrase has entered Amercian lexicon and pop culture. Will my kids be able to enter into that pop culture, if I myself am not in touch anymore?

So with every year that goes by, I continue to lose touch. And at a certain point, it begs the question, of what is home? I equally don’t get the thrall of French singer Johnny Halliday, and other cultural references that French people my age grew up with.

All of which leads to a strange straddling of two continents, not really fitting into either. And that is just while actually physically being in France. The reverse culture shock goes up a whole other level when I go home.

The Shock of going back to North America

Anyway, to avoid making this post all doom and gloom, I thought I would include a light-hearted list of things I am no longer used to. The list is long. But here are a few of the main ones that I notice over and over.

Choice paralysis is real. Going to a grocery store in the U.S. and seeing the 100 different varieties of chips (we get terrible chip flavors in France), and you just really don’t know what to get!

I was in Los Angeles a while ago, and I stopped inside a Walgreens to ask up to what time they were open. I wanted to stock up on some items later, and couldn’t see a sign for the hours of operation. I think the store attendant looked at me like I was an alien, and noted that it was, of course, open 24 hours.

3. Being able to get medicines and bread in the same store

Speaking of grocery stores, one thing I do enjoy is one-stop shopping. But it does always catch me off guard that I can buy everything, including medicines, in one place. No need for a stop at the local boulangerie (bakery), pharmacy, boucherie (meat shop), etc.

While you can easily get TV shows and movies in English, sports is another story. Nobody wants to watch basketball on tape-delay in French. I grew up in the era of Kobe Bryant and Shaquille O’Neal, and I simply don’t know much about this Kawhi Leonard fellow. (I had to catch up on Youtube to enjoy my hometown Raptors win their first championship!)

And it gets worse with pop culture. While there are plenty of celebrity interviews and late night shows to keep North Americans up to date on random pop culture, it is not as all-encompassing in France. Apparently Meryl Streep has a daughter who is also a talented actress?

5. The number of commercials on American TV

Even if I ignored timezones and tried to connect to American TV, I would soon give up. There are way too many commercials. It is useful if you need to go to the toilet often, but if not, it is just annoying.

The garbage disposal may have been invented in 1927, but it still has to make it’s way over to France. Every time I am in the presence of one, I am struck by what an excellent invention it is.

If you are a long-time reader, you know I love air-conditioning. However, I should state that it is positively set to freezing in most malls and offices in North America. Surely I don’t have to carry around a sweater in the middle of July!

I went to Vegas once with a girlfriend, and we ordered one appetizer and one main for the two of us. The resulting amount of food was impressive. Portion sizes in North America are quite a shock.

My kids used to get car sick even on short car trips, because it was so rare that we were in an automobile. I asked an American friend if she had the same issue, and she said of course not, because her kids were used to being driven everywhere since they were born.

In Paris where we live, the schools, restaurants, grocery stores, sports activities, pharmacies, etc are all within walking distance. Plus parking is a hassle, so we simply avoid taking the car.

☞ READ MORE: What to know before driving in France

10. Giant cars and the size of parking spaces

And since North Americans do drive everywhere, I’m always a bit shocked at how big car sizes are. And parking spaces are huge! My OH noticed that cars in North America don’t have side mirrors that automatically open and close.

Our little French car does this to protect itself since parking spots, especially in Paris, are so narrow.

With that big car, of course you need a big house. I’m always amused watching House Hunters on HGTV when people complain that a 400 square foot kitchen is too small. That would be a decent size 1 bedroom apartment in Paris!

Adult size beds are bigger too. You won’t find King-size beds at your French Ikea, you would probably have to special order it. In addition to width, French standard bed length is 74 inches (190cm), not 80 inches (200cm).

I still don’t get why French pillows are square though, I’m working on that one.

Parisians are not known for their chattiness. Not in the metro, not while waiting in a queue, or anywhere else for that matter. The politeness of Canadians is legendary, but it still sometimes catches me off guard, when I’m expecting a snarky French remark instead.

But more than that the reverse culture shock hits when there are 10 people there to greet you in every store and restaurant you go to in North America. No, I don’t need help, I just want to continue about in peace!

Part of this continuous “smiling” is the bonus and tipping system North Americans are so used to. In France, wages are not dependent on customer experience, so there simply isn’t the same motivation to approach the customer.

I did major in accounting, but there is no accounting for sticker shock. Part of it is that the Euro is approx 1.1 the US Dollar, but then once you start adding taxes and tips, the bill really starts to add up.

I went to a concert in the U.S. where the price of a Bud light was USD$14 plus tip! This to me is crazy. At a concert in Paris, it would be about Eur€6-8, which certainly on first instinct sounds like a lot less.

☞ READ MORE: The Eye-popping cost of living in Paris

In the U.S., I am always amazed by how delivery from places like Amazon is within a few hours. In Paris, we can easily wait a few days or weeks, and even if the delivery guy shows up, he claims that “no one was home”.

We may have 6-8 weeks vacation in France, but I was pleasantly surprised to find that a couple of American friends had unlimited vacations (because they work in IT). Except that it wasn’t unlimited, because they were quite stressed about even taking off a week at a time.

Take your holidays North Americans! And come visit us in France for a bit of culture shock the other way 😉 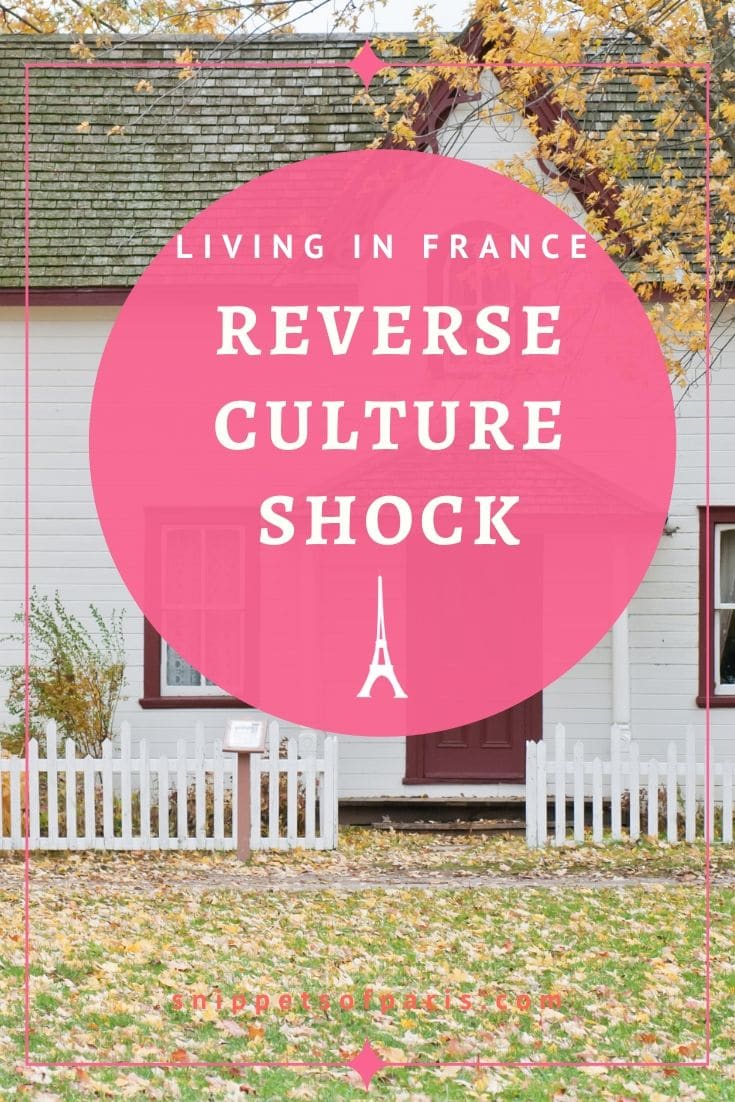 Pièce Montée: The French Wedding Cake that is not a Cake

Paris vs Marseille: A History of Rivalry on and off the football field