Skip to content
With discounts up to 20-40% in shop!
Visit Cassis, a beach town on the French Riviera in Provence. We look at the best things to do in the area, where to stay, and more. 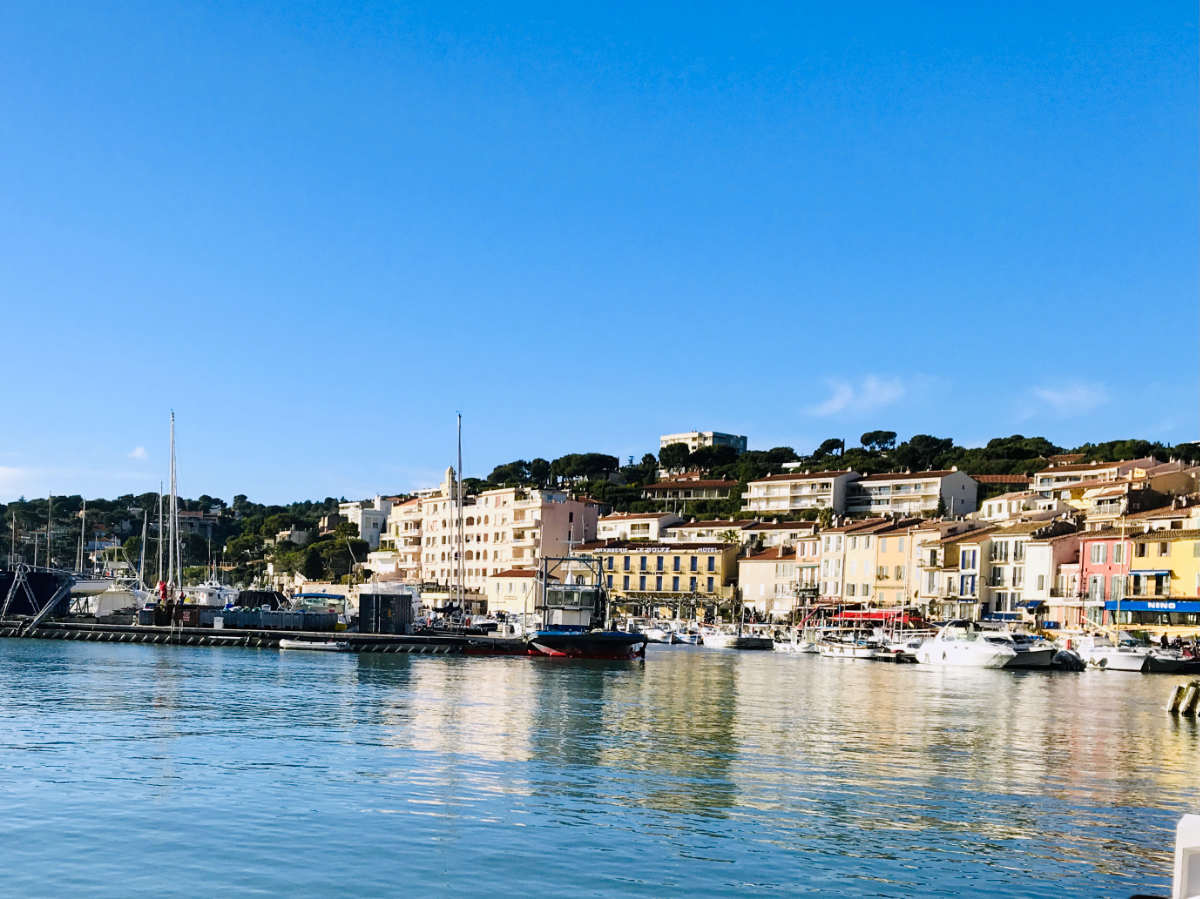 If you have never heard of Cassis, this little gem is a seaside town right in the heart of the mythic French Riviera. It is a stunning place full of beautiful pastel architecture with houses perched on hills, vibrant flowers, and gorgeous beaches. Its winding streets are lined with charming restaurants, shops, and cafes. What more could you ask for?

Pronouced “cass-y“, this enchanting seaside town is located on the southern coast of France, and is a haven for hikers, cyclists and wine lovers. It is situated between Marseille and Toulon in the Bouches-du-Rhône department.

The French Riviera is one of the most popular holiday destinations in the world. With its glistening waters, beautiful coast, and the attractive towns that line it, it’s easy to see why this place is so popular. This stretch of the Mediterranean counts several popular towns right next to each other, including Bandol, La Ciotat, Sanary-sur-mer and La Seyne-sur-mer.

The white cliffs of calanques right next door, sandy beaches, a small fishing port, and a town square make Cassis a wonderful place to visit for both locals and tourists.

The town with a population of just over 7,000 people. It is very small and can easily be traversed on foot and is easily accessible from Marseille by ferry, bus, or car.

Cassis was founded in 500-600 BC by a tribe known as the Ligures (from the Liguria region in Italy). A fishing and farming village, it became part of the Mediterranean trade route, with next door Marseille being a major port on the sea.

These days, it is a town that focuses on tourism, manufacturing olive oil, wine production as part of the Côtes de Provence, and stone works from the limestone mountains nearby.

Now, I will admit that among certain fans of the local football team team Olympique de Marseille (aka my family), Cassis is best known as the town where a lot of those footballers live. A bit more remote and quiet than gritty and traffic-jammed Marseille, Cassis has somewhat turned into a rich suburb on the coast of Marseille.

But while you are unlikely to run into any footballers on your visit to Cassis, there is still plenty to see and do in this little seaside resort town. So let’s get to it, shall we? Allons-y!

1) Head to the Beaches

If you are ready to dip your toes in the water, there are several beaches around Cassis. The closest which is just yards away from town center is the Plage de la Grande Mer, which is a pebble beach, but relatively big.

Parking can be difficult here as it is the same parking that tourists use to park in town, and so can get rather crowded.

Plage de la Bestouan is also nearby on the other end, within walking distance, although this beach is much smaller. It has two lovely restaurants, but tends to get very crowded during the summer months, because it really is quite small.

Within 15 minutes driving distance is Plage du Corton, which is much bigger, and can be less crowded.

There’s plenty to do in the town, including visiting local markets, eating fresh seafood, strolling along the harbor and taking in the cliffs of the Couronne de Charlemagne and the sunset in the distance.

A small tourist train, called the Petit train de Cassis, goes around town and provides commentary in different languages. If you don’t feel like walking in the heat, this is a good way to get around. The train costs around €5/person.

There are also a couple of ice cream parlors in the area selling everything from lavender ice cream to strawberry granitas.

A fish market runs from 8am to 1pm each weekday on the quais of the port. In addition a food and souvenir market takes place from 8am to 1pm on Wednesdays and Fridays in the center of town, on several streets around Place Baragnon.

4) Go boating in the Calanques

A set of cliffs to the west of the city, Les Calanques are a magnificent natural wonder. With towering rocks and aquamarine clear water, you can decide to hike, swim, or just take it all in.

Drive over if you prefer to explore the Calanques by land, or take a boat leaving from the port.

There are several tour options to head to the Calanques from Cassis that you can see here. Wear hiking boots if you go by land, those rocks are slippery. And don’t forget to bring a bathing suit!

There are many local specialties in the area from the bouillabaisse to other varieties of seafood, given its proximity to the sea.

A bouillabaisse is a type of fish stew that has a very specific recipe to its purists. Small brasseries and diners in Marseille and Cassis were so annoyed to see new upscale restaurants produce a version of “bouillabaisse” for foreign tourists that has little in common with the original dish, that in 1980 they came up with something called the “La Charte de la Bouillabaisse” (meaning the “Bouillabaisse Charter”).

If you are looking for an authentic bouillabaisse, try Chez Gilbert which is right on the harborfront in Cassis and is a member of the Charter.

Wash it down with an apéritif pastis or a local wine from the côtes de provence. The traditional cuisine focuses on tomatoes, garlic, olive oil and fresh herbs, for a light yet filling meal.

If you enjoy a good hike, you must try the Cap Canaille trail. It is a headland with a sharp cliff around 400m high. The famous Routes des Crêtes road runs by the Cap Canaille, but you can also hike up there.

There is a 14 km out and back trail located near Cassis that will take you there. The hike is rated as difficult.

Note, during summer the Route des Crêtes is often closed for high winds and risk of fires. Check the entrance regulation to know if the route is open.

7) Have tea at the Château de Cassis

The Château de Cassis is a magnificent castle built on a cliffside looking down at the main town center. You will need your car to get there, but the views are magnificent.

Built in the 8th century, which was expanded in the 13th century by the powerful Seigneurs des Baux, who were the lords over Provence at that time. The castle was further fortified during the 100 years war with England in the 14th century.

And it was the English who would bring it down, damaging it severely during the wars with Napoleon in the 19th century.

These days, the château has been restored is a private luxury hotel and restaurant. So if you do want to head over, treat yourself to a tea and dessert while enjoying the views.

How to get to Cassis?

Cassis is about 22 miles (35 km) west of Marseille, which has both a high-speed TGV train service as well as international airport with connections across Europe and the world.
From Marseille, there are busses that run from the main train station to Cassis several times a day.

If you are looking to just explore Cassis, I would recommend one day. However, for a beach holiday, you may wish to use Cassis as a base rather than Marseille, for that small town feel.

If you wish to stay in Cassis, parking can be quite a hassle so I recommend staying within walking distance of all the main sights and attractions:
€€€ – Hôtel et Appartement “Le France Maguy”
€€€ – Hotel de La Plage – Mahogany

Saint Tropez: 11 Things to do (other than yachting)