Skip to content
With discounts up to 20-40% in shop!
It is nearly time for Mardi Gras in France, and that means Carnivals! We look at the best carnivals in France, the different celebrations and the ones to avoid.
Photo by Sarah Pflug¹
(As an Amazon affiliate, we may earn commissions for certain purchases. Please note, all information is provided for entertainment purposes only. See our disclosure policy for details.)

It is the middle of March and there was a mad scramble this week chez nous, to try to find a fancy dress costume for one of my little Frenchies. It isn’t Halloween of course, that would be too simple. Merde. You might have guessed, it is Mardi Gras in France. And that means Carnival time.

Mardi Gras is French for Fat Tuesday, and refers to the celebration beginning after the Christian feasts of the Epiphany (Three Kings Day) and up to Ash Wednesday. It is called Fat Tuesday because you are meant to eat rich, fatty foods before Lent begins.

In the United Kingdom, Mardi Gras is also known as Shrove Tuesday, which is derived from the word shrive, meaning “to absolve”.

The idea is to party and be merry before giving up a few luxuries and fasting for the 40 days before Easter. People in France generally eat les beignets which are basically donuts, and schools and towns usually organize parades.

What is a Carnival?

A carnival is basically a giant street parade where people dress up and parade around the streets. The most famous Mardi Gras carnival for North Americans is the Mardi Gras of New Orleans, which still keeps the French name given its past heritage.

Internationally, the biggest one in the world is the one in Rio De Janeiro, Brazil, which we usually see on TV in late February-early March. There are several big ones in Europe at around the same time, including the most famous in Venice, Cologne, and Nice. These all are meant to celebrate Mardi Gras (Fat Tuesday) before Lent starts.

Carnival is not really like Halloween, even though it may seem like it. For one, it isn’t specifically aimed “for kids”. It is more geared towards adults, where children can participate as well.

The Fête des fous, or Feast of the Fools, is the medieval celebration that usually tool place on either the 26th, 27th, or 28th of December. It is the ancestor of the current Carnivals across France.

The custom began within the clergy, with priests and other clergymen taking to the streets, acting as “fools”. It was an occasion to drink, dance, mime, and generally perform theatrics to entertain the crowds. It was made famous by Victor Hugo in the Hunchback of Notre Dame, which was set in the 15th century.

These days you are more likely to find a medieval-style carnival only in small fortified towns such as Guérande or Villandraut.

The problem with the Mardi Gras Carnivals, however, is that there is no fixed date. The celebration can be anytime in late February/early March before the start of Lent, but some of these go well into May.

The Carnival de Nice is the biggest carnival in France, held over two weeks in February. Located on the French Riviera, the parade features the city’s boardwalk Promenade des Anglais prominently. There are several events across Mardi Gras in the downtown of Nice, with the biggest highlights being:

The original parade dates back to 1873, with the flower parades being added on in 1876.

The Carnival of Nantes in Brittany is one of the oldest in France with roots in the Middle Ages, and takes place after the grand braderie (flea market sale event). It also claims to be the 2nd biggest carnival in France, after Nice. It is usually held over 5 days at the end of March. The highlights include:

The city of Annecy has a lot of canals and so is called the “Venice of the Alps“. At carnival time, they take it one step further with a Venetian style parade of masks. The parade is usually held over a weekend in March.

It starts with a Night walk on the Friday night of the weekend, and then day time parades on Saturday and Sunday.

Carnival de Dunkerque in March which deserves special mention, though it is not really a Mardi Gras carnival. Being on the coast in Hauts-de-France (Northern France), this is a fisherman’s carnival. The tradition started in the 18th century, before the fishermen left for 6-month fishing expeditions, not sure if they would make it back home alive.

Today, herring fish are thrown onto the carnival crowds from the buildings above. Everybody is supposed to dress up, get drunk and be merry (this is more of a PG-rated carnival.)

A lot of men dress as women because as the tradition goes, the fisherman had already packed their bags onto their boats and so didn’t have any clothing left other than that of their wives.

This is one of longer carnivals in France, starting in January and continuing till April. There are several balls held across the city and bands playing in several locations throughout those months. The big event of the jet des harengs, the throwing of the fish, is usually held on a Sunday in February.

The Carnival de Limoux in the region of Occitanie is the oldest carnival in France and is officially recognized as the longest. It actually lasts 3 months from the end of December to the end of March/start of April.

The Limoux Carnival pays homage to the ancient tradition according to which grain mill workers who roamed the city throwing flour to celebrate Mardi Gras. They don’t still throw around flour though, they just have bands going from bar to bar by singing, dancing and throwing confetti.

The Carnival de Cholet takes place over a week in April, with over 100,000 spectators flocking to this part of the Loire in France. There are many different events, including a carnival for children and a ball. The most famous part of the Carnival de Cholet is the large illuminated nighttime parade on the last night, with fireworks and confetti. The parade starts at 9 pm and goes on well past midnight.

The Carnival of Menton is actually called the Fête du Citron (Festival of the lemon) and is to mark the end of winter. The festival dates back to 1875, and was thought to have been created to liven up the winter and attract tourists the city. Queen Victoria of the UK even paid a visit in 1882.

It takes place over 2 weeks in mid-february in Menton on the French Riviera. There are several events with the highlights including:

So this is probably the most boring one on the list, but I had to include it since Paris is the capital. The City of Paris decided to double up the fun and do both the Carnival of Paris for Mardi Gras in March, and a 2nd one in May for the Fête de Charivari.

Between 1952-1997 there was no Carnival in Paris, and even now most Parisians probably don’t know that there is a carnival in Paris in March. It doesn’t “take over” the city the way the other ones do. If you have been to any of the other carnivals, you will be disappointed, but if you are already in the city, you can stop by and have a look.

The Fête de Charivari, which is a street parade, where the tradition was of banging kitchen utensils. The newly revived Fête de Charivari in Paris (since 2015) is today more of an elegant 18th-19th century costumed event. It takes place in Paris in May, but is also not a very big event within the city.

9) Other Carnivals in France

Other French cities with honorable mentions in the Top carnivals in France category include:

So what exactly happened chez nous, you ask, to throw us in such a tizzy? Kid #1’s nursery did do a half-hearted attempt at Halloween at some point in October (not the actual 31st). Only some kids dressed up, probably because like us they were caught off-guard. The year before there was no Halloween celebration.

For Kid #2, there was nothing at school for Halloween. It was a non-event. And the school also decided to do nothing in February during the Mardi Gras Carnival season. Maybe they felt it is too cold in winter for a street parade? I presumed my costume-hunting skills were in the clear.

And then earlier this week, we got a notice that Kid #2’s school will, in fact, have a Carnival Costume day this week, a random Friday in March. Only costumes, we were not asked to send any kitchen utensils for Fête de Charivari (just imagine the noise in the hands of toddlers!).

You can see why I, Super Maman, was unprepared for this. In practical terms, nobody celebrates on the same date, so knowing when to have a costume ready is totally random.

And thus began the mad scramble. I confess the other French parents in class do seem to be more on top of this. And what did she go to school as? To my chagrin (and relief), she only wanted to be a princess. About 80% of the little girls I saw were princesses. Creativity is not their forté.

Let’s hope we can do better next year. If only I knew by what date I need to order that costume online!

If you enjoyed this article, you may like to read more about other festive French holidays. Are you more fête de la musique or fête des voisins? 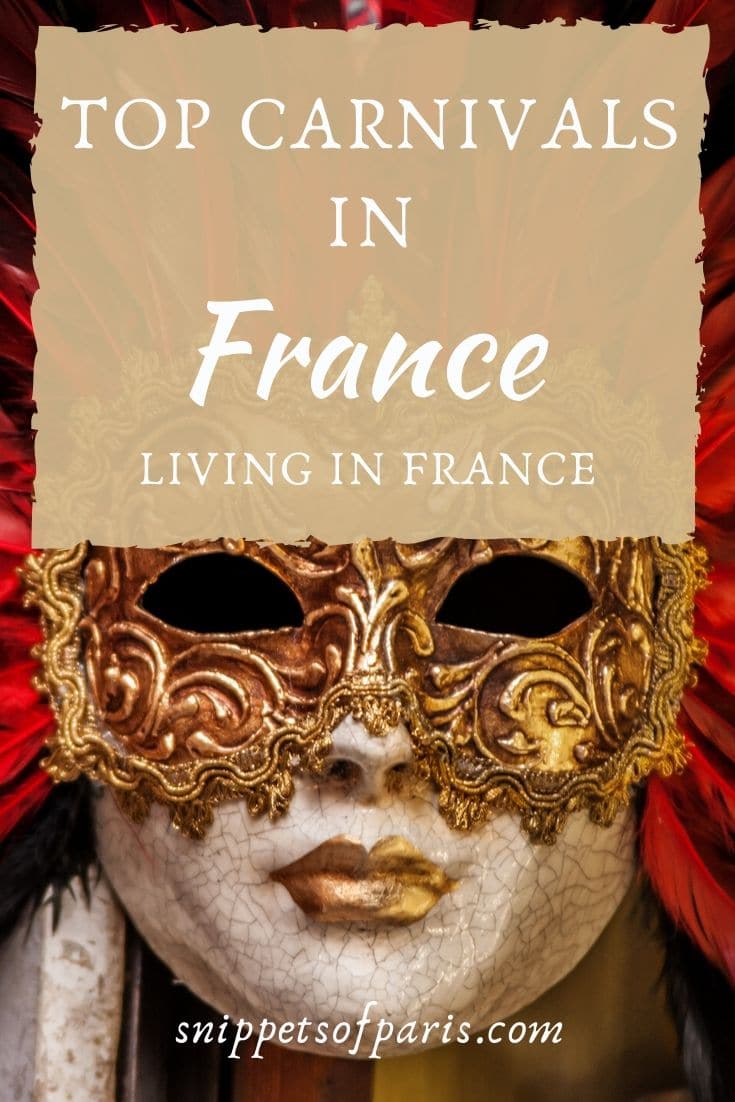 May day in Spring: Celebrating Labor Day in France

When is Mother’s day in France again?