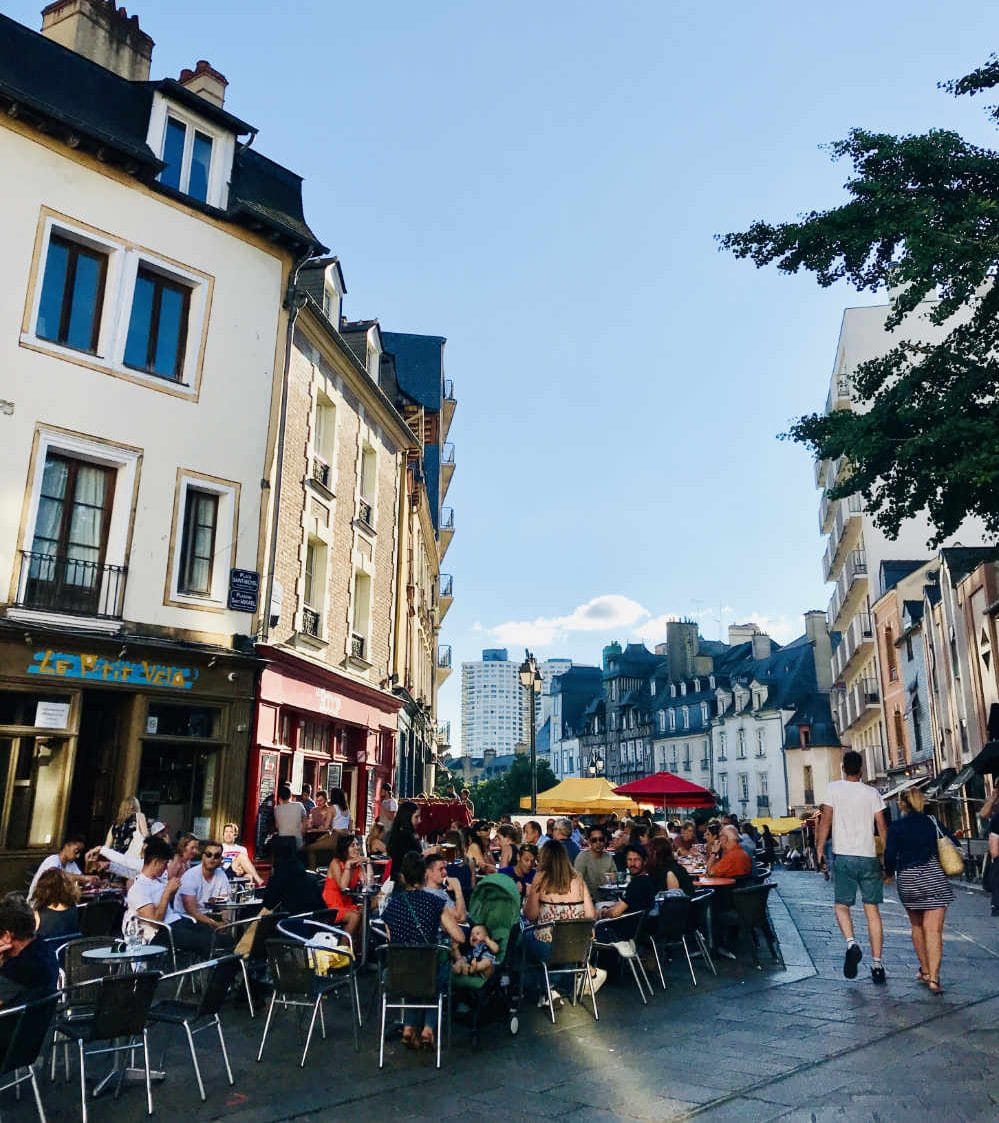 Rennes is not a city that most tourists visit, and that is a shame. The capital of Bretagne (Brittany to those English folks who can’t pronounce and change names of foreign places) is definitely one of those hidden gems that sneak under the radar.

With its own flag, language and culture, Bretagne is distinct enough from the rest of France to, every once in a while, raise the ugly head of separatism with its own Federalist movement.

i) Antiquity and Roman Empire

The capital of Bretagne, Rennes’s history predates the Roman empire. It was a small Gallic village, with Celtic origins as early as 2BC. Those Celtic origins continue to be heard in names of places and people in Bretagne.

After the Romans invaded, its location about 55 km (34 miles) away from the English Channel, made it an important strategic base. If you are a fan of the Asterix and Obelix comic books, it is in this era and region where the brave Gaulois are fighting Julius Caesar and the evil Roman Empire.

ii) Duchy of Bretagne and the Middle Ages

After the fall of the Roman empire, the Vikings came and went, and the Bretons as they became known, became an independent duchy. Like William the Conqueror who was a one door down in Normandy, the Duchy of Bretagne had mixed relationships (i.e. many wars) with its neighbors in England, Normandy, and the rest of France.

This continued until 1491, when Anne of Bretagne inherited the duchy. She was one of the most eligible brides on the market (i.e. rich), and so was promptly betrothed to:

The poor girl aged 14, fortunately, didn’t have to marry all those men, because the King of France Charles VIII (and his army) insisted that she marry him instead. In order to save the city of Rennes which was under siege, she acquiesced. And thus the duchy of Brittany became part of France.

The Kings of France and their descendants reluctantly let Bretagne continue to maintain its own parliament (under the agreement insisted upon Anne), but that all came to an end with the French Revolution in 1789. The Bretagne Parliament was dissolved by the French National Assembly but famously never ratified by the Parlement itself.

The Bretagne Parliament met on the same day to declare the decision “null and void forever”.

Interesting anecdote: In 1899, the scandalous spying trial of Alfred Dreyfus, a Jew, was held in Rennes. It was a case of anti-semitism that shook the conscience of France, and its repercussions are still felt today. Today the building where the trial was held, is a high school called Lycée Émile Zola after the author of the famous text J’accuse, proclaiming Dreyfus’ innocense.

Top 5 Things to do in Rennes

The seat of the Breton Parliament was established in 1485. It was spared in the great fire of 1720 (when almost the entire downtown core of Rennes was destroyed), only to be partly burnt down in 1994. It has been extensively renovated and today houses the Courts of Justice along with several fine examples of 17th-century French pictorial art.

Since it is a working government building, visits can only be made through reservation with the Tourist Office.

The heart of downtown Rennes, this large square holds many restaurants and bars. It also features a giant farmers’ market, the Marché des Lices, every Saturday from 7:30 am to 1:30 pm. It is one of the biggest markets in France I’ve seen, even bigger than the ones in Paris.

The earliest church on this site was in the 6th century, replaced by a gothic cathedral that has been continually under construction and renovation since the 12th century. It was badly damaged during WWII but is now fully rehabilitated.

A stunning fine arts museum on Quai Emile Zola that was established in 1794 to hold artwork confiscated from nobles, government buildings, and churches in the area. It holds many rare works, including drawings by Leonardo da Vinci, Botticelli, Donatello, and Picasso.

A beautiful park combining the classical French and English garden styles with a cave, basins and a rose garden with more than 2,000 varieties of roses. If you enjoy nature, this is a beautiful place to spend an hour or two.

This alcoholic aperitif (17% vol.) is Appellation d’Origine Contrôlée (meaning it is specific to this region), is made from two-thirds unfermented apple juice and one-third cider brandy. It is aged in oak casks for at least 14 months and is absolutely delicious.

You cannot visit Rennes and not indulge in some Breton crêpes and wash it down with a mug of cider. There are many small crêperies all over town, but for the best atmosphere, head over to one of the many restaurants in the Cour des Lices or Rue Saint Georges.

Where to stay in Rennes

How to get to Rennes?

From Paris Montparnasse station, it takes about 1.5 hours on the train, direct to Rennes. Rennes also has a small international airport, with direct flights from across Europe.

How many days should you stay in Rennes?

Two nights is likely sufficient, including the night you arrive. If you are planning a weekend trip, make sure you arrive with enough time to explore the Marché des Lices which runs every Saturday morning from 7:30am to 1:30pm.

Rennes is an excellent destination for a short city break, and close to other tourist stalwarts like Saint-Malo and Mont Saint Michel. We spent a short weekend in Rennes and then stopped by Mont Saint Michel before heading back to Paris.

So I hope I’ve inspired you to visit this hidden gem in France. If you do make it out there, comment back and let me know your favorite part of the city.

What NOT to do when visiting Paris

Picking an Airbnb in Paris: The Checklist

French Dining Etiquette – The Cheatsheet of Do’s and Don’ts