Skip to content
With discounts up to 20-40% in shop!
Visit Saint-Rémy-de-Provence, a jewel of a town in Provence in the south of France. We look at the best things to do in the area, where to stay, and more. 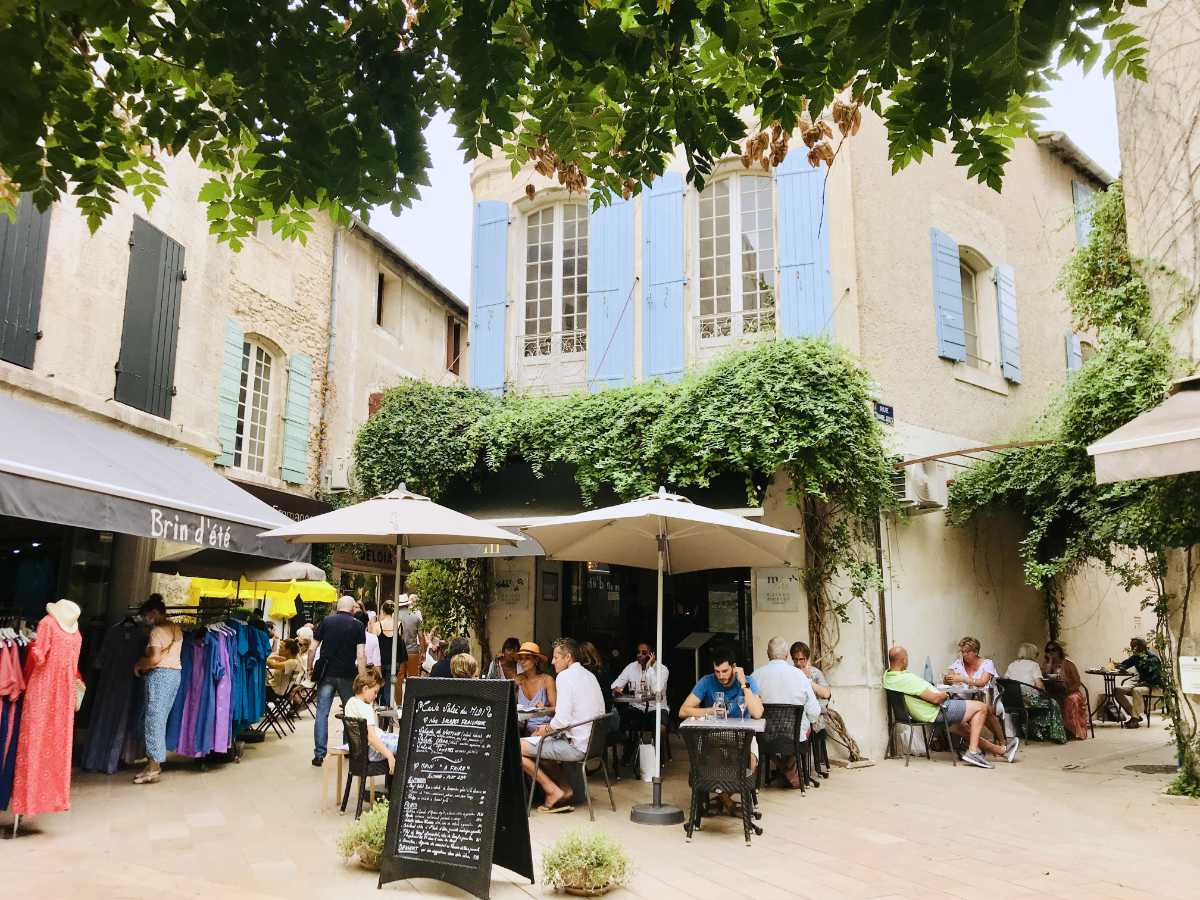 A feeling of peace will envelop you as soon as you arrive in Saint Remy de Provence. This is a place of tranquility, beauty and history. Unless you are there on market day, that is. Then it is a bustling town in the heart of Provence that attracts locals and tourists from far and wide.

St. Remy de Provence is just 55 miles (90km) to the north of Marseille in France, it is one of the most beautiful towns in all of France. With its pastel-colored buildings andcobbled streets, it’s definitely worth a visit.

The town has been around since prehistoric times, as witnessed by engravings on nearby cave walls. In the Middle ages, the territory was owned by the Abbey of Saint-Remi de Reims, hence the name of Saint-Rémy.

After the town bounced around between the Counts of Provence and other lordships, it was the Princes of Monaco who were made Seigneur de Saint-Rémy during the reign of French King Louis XIII in 1641. Technically, after the Revolution, titles like this were put in abeyance and the town is a today part of France. But for the government in Monaco the title continues to this day, as per their website.

Either way, its location in the heart of the Luberon natural park, a region of outstanding natural beauty, is unlikely to make the Monegasques raise an army and head over to reclaim the lands.

For tourists however, the picturesque village of Saint Rémy de Provence is a perfect place to visit for a weekend break or longer vacation in the south of France.

In case you were wondering, market days are on Wednesday and Saturday, from 8am to 1pm, and yes, it does get quite busy. In addition, please note that it does get quite hot in this part of Provence in the summer, and air conditioning is limited. However, there is plenty to explore outside of the crowds and the outskirts are lovely. So let’s get to it, shall we? Allons-y!

Saint-Rémy de Provence is a fortified town, so those old walls still protect the inner center of the city. The Old town is pedestrianized, with plenty a narrow alleyway to wander along.

There are plenty of art galleries, souvenir shops, cafés, and icecream parlors in the center, with plenty of Provençale charm.

In the old town is the Musée Estrine dedicated to Vincent van Gogh. Saint Rémy-de-Provence’s connection with Vincent van Gogh is a bit eyebrow-raising, in that he came to the town as a mental asylum patient, after cutting off his own ear.

From 1889 to 1890, Van Gogh was a patient at the Saint-Paul Asylum in Saint-Rémy-de-Provence, and it is here that he painted some of his most memorable works, including The Starry Night, which actually features St. Remy.

Indeed there is a certain type of Van Gogh painting, which regularly features Provence, with its colorful houses, wide fields and green pastures.

The Musée Estrine looks at the impact of Van Gogh on French art, as well as holds a collection of several artworks from artists such as Joseph Alessandri, Vincent Bioulès, Bernard Buffet, Jean-Jacques Ceccarelli, Henri Manguin, and more. There are also temporary exhibitions featuring local artists that regularly take place.

While not exactly in Saint-Rémy-de-Provence, the Carrières de Lumières is around 5 miles (8km) outside, near the town of Baux-de-Provence. Ancient quarries that were used to dig out limestone for construction, have been taken over by a digital art studio.

The art exhibition projects the imagery of famous artists like Picasso and Van Gogh on these centuries old walls, of what is classified as a “Site naturel classé” (listed natural site).

This popular destination attracts visitors and tourists from all over Provence, costing around €14 per entry. You can read more about visiting Baux-de-Provence and the Carrières des Lumières here.

Along with Van Gogh, the town is most famous for its association with Nostradamus, who was born here in 1503. His father was originally Jewish but converted to Christianity taking the surname “Nostredame” meaning Our Lady.

At the time, St. Remy was part of the County of Provence, with France threatening to annexe it. Annexation would lead to the eviction of Jewish families, which is why his father converted.

Nostrodamus studied to become a doctor in nearby Avignon and Montpellier, a career choice that was quite critical as the plague was rampant in his time. After losing his 1st wife and children to the plague, he would remarry and have another 6 children.

Given the fears of the era and his study of medicine, mathematics, astronomy, and the occult, he wrote his famous book “Les Prophéties (The Prophecies). His books and writings would bring him to the attention of French Queen Catherine de’ Medici, who became one of Nostradamus’s greatest admirers.

With his writing hinting at unnamed threats to the royal family, she summoned him to Paris to explain them and to draw up horoscopes for her children. By the time of his death in 1566 in nearby Salon-de-Provence, Queen Catherine had made him Counselor and Physician-in-Ordinary to her son, the young King Charles IX of France.

But Nostradamus’s fame really grew after his death. His rather vague predictions came to befall Catholic Queen Catherine. France would fall into a civil and religious war, as Catholics in Paris and Protestant Huguenots in the south of France fight each other.

Over 3 million French people are believed to have died, making it one of the deadliest religious wars in Europe. In addition, each of Catherine’s sons die before leaving any heirs, leaving only a daughter on the French throne, who was married to a Protestant.

A fountain dedicated to Nostradamus as well as a plaque marking the house of his birth remains in Saint-Rémy-de-Provence.

Just outside Saint-Rémy-de-Provence is an ancient city that flourished in the time of the Celts, Greek and then Romans. Set in the heart of the Alpilles mountains, at a major crossroads, this Gallic city found prosperity from the 2nd century B.C., and is today an archeological excavation site that is open to visitors.

There are several ruins worth visiting, from the mausoleum, a giant arch, and corinthian temple pillars all with engravings on them. Tickets cost around €8 per person.

You cannot visit this part of France and miss out on the lavender fields in Provence. Visit a nearby lavender farm and learn about its cultivation and uses from a local producer. There are several tours, some which leave in the mornings or in the afternoons that you can see here.

I recommend the morning tours, especially if you are visiting in the summer because it gets very hot under the sun in this part of the world.

How to get to St. Rémy de Provence?

It takes around 6h45 minutes to get to St. Rémy de Provence from Paris by car. The closest airport is in Marseille which is about 1 hour drive away.
If you are coming from Paris, you can take the TGV high-speed train from Paris to Avignon which takes around 3h and then drive around 30 minutes to St. Rémy.
You can also take a tour from Avignon to St. Rémy and the best of Provence, to see it all in style.

You likely only need a day in St. Rémy de Provence, but you may decide to base yourself here to visit all the other small villages and towns of Provence like Roussillon, Arles, Avignon, Nimes, Uzès, etc.

The following hotels are within walking distance to the town center of St. Rémy de Provence:

Visit Sanary-sur-Mer: a Market town on the Mediterranean