Skip to content
With discounts up to 20-40% in shop!
For French children, a goûter is a must. Around 4pm, every little Frenchie sits down and waits for an after school snack. But what do French adults do? Let's find out. 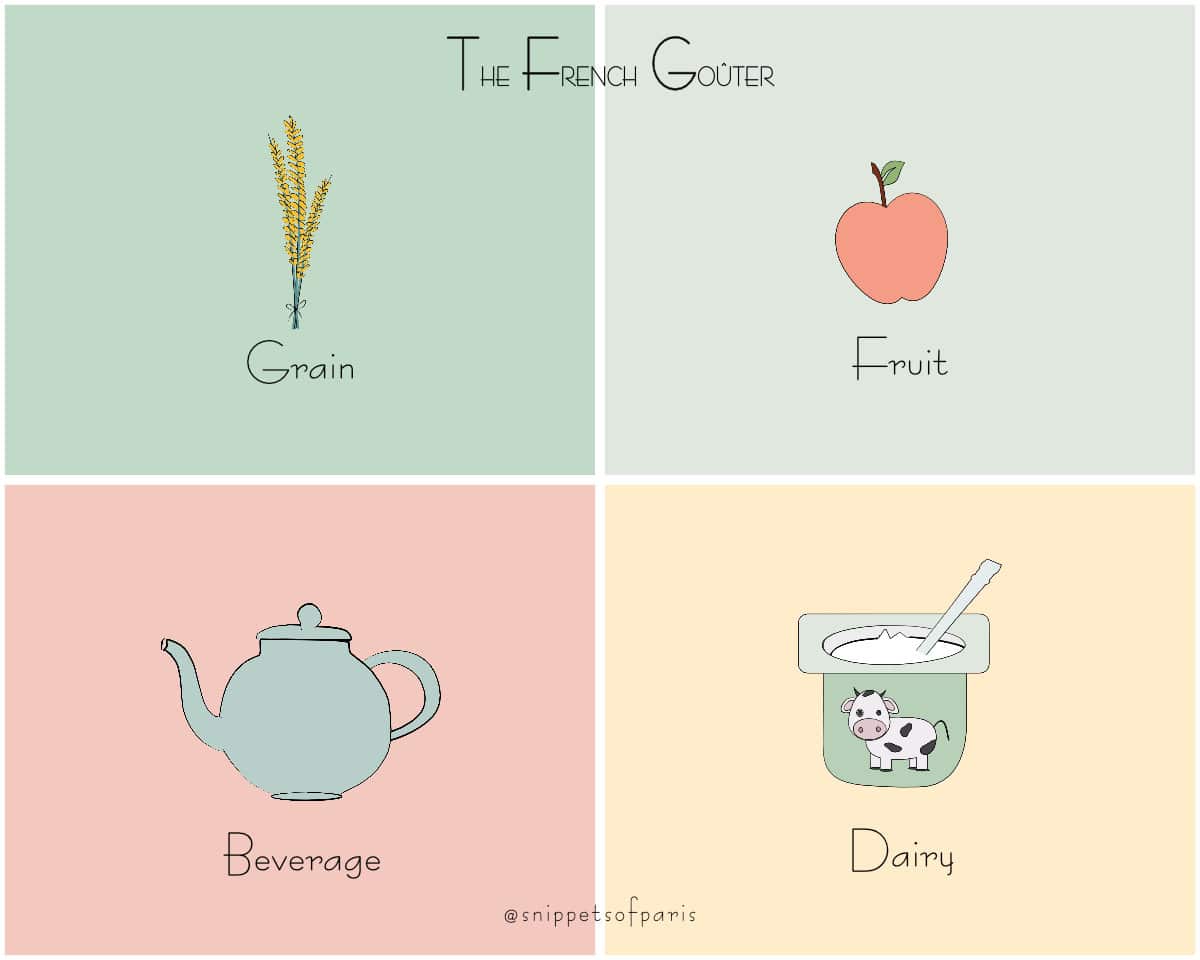 If you are wondering what a “Goûter” is, you’ve come to the right place. To translate literally from French, it is a verb meaning “to taste”. In this case though, it has become a noun, referring to the mealtime in between lunch and dinner. An afternoon snack.

For french children, having a goûter is an institution, something to be adhered to religiously. Around 4:30pm, every little français and française gets out of school and sits down obediently at their table awaiting un petite quelque chose (a little something). But by the time those little Frenchies are adults, most of them give up the snack habit and don’t eat anything at all between lunch and dinner.

Or at least they say they don’t. I know many French friends who will grab a dessert such as yogurt at lunch, but save it for 4pm. Even the magazine Madame Le Figaro points out that it is not the end of the world for adults to have a small snack at 4pm.

Deciding what to have on the other hand, is the million € question.

As with the do’s and don’ts of any meal time in France, there are a few guidelines:

i) Goûter for French children

As I mentioned above, the goûter is a must for every French child. French kids start school at 8:20 am (starting age 3) and have lunch around 11:30am. They get out of school at 4:20pm, which is rather a long day, especially for the little ones. A goûter is in order to tide them over to dinner.

I should warn you that most French children will freak out and turn into giant monsters (more than usual) if you do not give them their goûter. Little Frenchies are also held to Rule #1 that there is no snacking at any other time of the day. Thus, this is the only moment of the day when they are given a snack and they guard it preciously.

And while you might think that this is another moment that French children eat healthily, most of food restrictions actually go out the window at goûter time. Even schools which normally give organic balanced meals, serve up stuff like a chocolat au pain (basically a croissant with chocolate), juices, and other sugary bombs to make the kids go bouncing off the walls.

Since the children are not allowed to snack at any random hour, their French parents are not either. This is however, a typical 10 am coffee break in offices across France where you can have a “watercooler moment” with coworkers. Don’t expect a croissant with that coffee though, the thinking is that you should have eaten a proper breakfast at home instead.

There is usually a 2nd watercooler moment around 3:30-4pm as well, for another coffee with coworkers, but again don’t expect everyone to have a snack. Some people do bring in something small, but the idea is only now catching on.

In addition, I should note that the gôuter is considered quite different than an apéritif. An apéritif is eaten right before dinner and is meant to warm up the tastebuds while enjoying a pastis, soda, or cocktail. This is the moment when a French person might have a few chips, olives or canapés.

A goûter, on the other hand, is just meant to tide you over till dinner, which in France is usually after 8pm, since most French people don’t even get off work till 6:30pm. (French children may eat earlier with the nounou (nanny) depending on their age, or wait patiently for Maman and Papa to come home.)

If you do happen to have a lot of friends who all have small children, you might be invited to the “weekend goûter”. This is actually a snacktime/apéritif in one, because a lunch or dinner is too complex to organize with the schedule of babies. During a weekend goûter, all the above rules about French snacks go out the window, because this is the only time the adults get to see each other. (I speak from experience!)

While a weekend goûter might not feature wine, feel free to bring out the cider, porto, the chips, and anything else you feel like putting on the table.

iv) Events that are only celebrated during Gôuter

There are a couple of occasions on the French calendar that exist purely for the sake of an afternoon snack (or so you might think). Every year, 3 Kings day is celebrated with a galette de roi and cider in offices and schools all over France, usually at the hour of goûter. Schools don’t serve cider of course, that would be illegal.

Similarly, Chandeleur (Candlemas in English) is also marked with a gathering of friends and family, along with a good helping of crêpes and cider. These traditions are kept not for lunch or dinner, but specifically the snack hour.

So back to the actual meal, nutritionists in France suggest that the typical goûter for adults and children consists of at least 2 of the following:

There is no particular restriction on sugary juices or cakes, which is surprising, but I suppose as long as you avoid the mass-produced industrial stuff and eat in moderation, you can’t go too wrong.

If you are looking to move your goûter up a notch, check out my list of favorite after-school snack ideas.

And there you have it, a few tips to snack like an expert (or rather a Frenchman). If you enjoyed that article, you can find more French snack ideas with recipes here.

The Surprising Special Benefits that large families get in France