Skip to content
With discounts up to 20-40% in shop!
Get the list of tried and true French snacks that both kids and adults will enjoy at the witching hour. The best after-school snacks that are easy to whip up and serve. 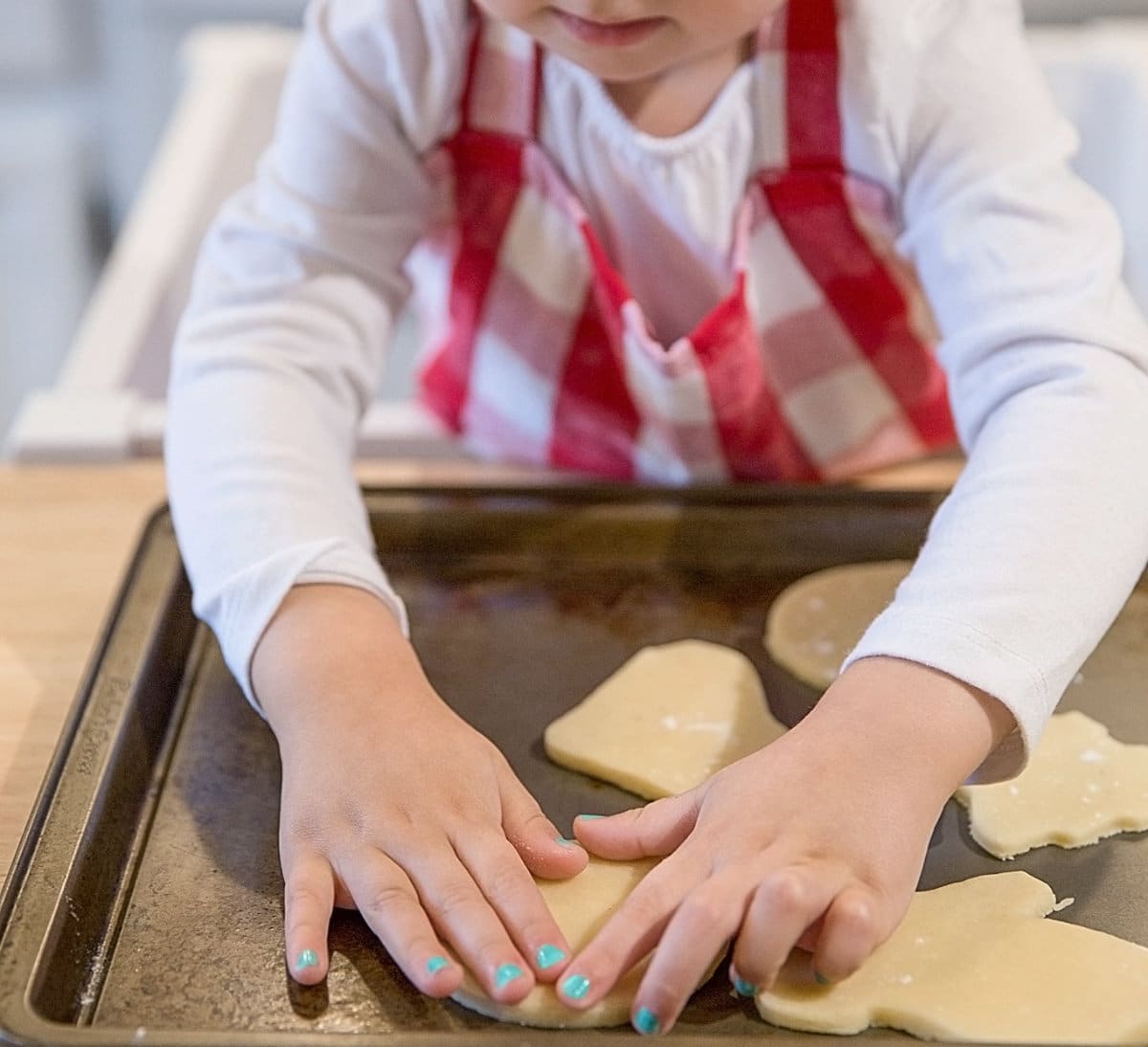 Photo by Amanda Kirsh¹
(As an Amazon affiliate, we may earn commissions for certain purchases. Please note, all information is provided for entertainment purposes only. See our disclosure policy for details.)

So I should say right off the bat that French people don’t really snack. The afternoon goûter in France is something that is reserved for children, that most French adults give up once they start their working lives.

Nonetheless, attitudes are changing and with that, I have put together a list of tried and true French after-school snacks that both kids and adults will enjoy.

You will notice I didn’t include any patisserie items like macarons or éclairs on the list. This is because French people don’t actually eat those sorts of sugary desserts unless it is a special occasion. These are usually given as gifts to other people, not purchased for the afternoon snack.

The simplest of all snack ideas, and the absolute favorite of my kids: slather a bit of nutella or chocolate cream spread on a piece of baguette and you have a tartine au chocolat. This seems absolutely decadent, but if you use whole wheat bread and a good chocolate spread, it is certainly better than an industrially-produced cake.

If you don’t have baguettes nearby, use sliced bread, no one will complain.

2. Crêpe with jam or honey

A crêpe is one of those things that you can have for breakfast, lunch, or dinner, depending on its toppings, so why not for an afternoon snack as well? In France, we have two types of crêpes, sarrasin and froment.

Froment is regular wheat and is usually used for the crêpe sucrée (sugary crêpes), such as crêpes with honey, fruit toppings, or ice cream.

Sarrasin crêpes, on the other hand, are made from buckwheat. You can use them with crêpe sucrée or for crêpes salées (salty crêpes) with cheese, ham, eggs, etc.

You can prepare the crêpes yourself or get them in the frozen section of finer grocery stores. Don’t go overboard though with the toppings, in the words of your mom: “you’ll spoil your dinner!”

See here for an alcohol-free recipe of the Crêpe Suzette.

Riz au lait is one of those underrated french snacks that is easy to put together, and also quite filling. It is basically a rice pudding, where round rice is cooked in milk with a touch of vanilla and/or sugar.

After the rice has cooked, serve it in a bowl with a bit of cinnamon spice or some clementine oranges for extra flavor. You can see the full riz au lait recipe here.

I was trying to figure out how to translate fromage blanc into English, when I realized that it is actually called “fromage blanc” at Whole Foods in the U.S.

It looks like yogurt and will usually be found in the same aisle, but it is actually a light white cheese. Mix in a few berries (strawberries, raspberries, blueberries, etc.) and you are good to go.

Fromage frais in France is a light cheese that you can spread on bread. It originates from the North of France and is a bit of a mix between cottage cheese and cream cheese (either of which you could use in a pinch).

Pure fromage frais is fat-free, which is also why it is so popular in France. Spread it on some whole wheat bread for that easy-peasy french snack.

The word “Cake” in french is actually gateau. A cake is actually a savory cake. And if you want to avoid sweets for your afternoon snack, the cake salé is perfect.

You can include all sorts of ingredients such as ham and cheese, or dried tomatoes and olives. You can find the full savory cake recipe here.

A mousse à la fraise (strawberry mousse) may seem complicated to prepare for a snack, but it is actually rather easy. Blend 300g (10oz) of strawberries in a blender, along with 2/3 cup of heavy cream and 3 egg whites. Mix in a couple of tablespoons of sugar and voila!

If you don’t like strawberries, any other fruit such as berries, cherries, watermelon, cantaloupe, etc. will do nicely. You can find the full strawberry mousse recipe here.

The yogurt cake or gâteau au yaourt is sometimes called the Wednesday cake in France because it is a recipe that kids can easily follow. Kids in France don’t go to school on wednesdays, so this is the day that they can bake a cake with their parents/caretakers.

All the ingredients are measured in yogurt cup sizes, making it easy for kids to follow along and participate. You can see the full yogurt cake recipe here.

It is not called french toast in France, but rather a pain perdu (which translates literally to lost bread). Beat the eggs in a bowl and add a little bit of milk.

Place the bread in an oven sized pan, and cover with the egg mixture, and bake for 15 minutes at 180C (350F). Once cooked, add some sliced fruit or cinnamon on top.

Now I should state that in France you can find a large variety of individual-size portions of flan in the yogurt aisle at the supermarket. However, you can always bake your own, and keep it in the fridge for a few days.

Note: a flan is not the same as a crème caramel, since it contains flour, which a crème caramel does not. You can see the full French flan recipe here.

And there you have it, a few after-school snacks that I have noticed being served time and time again amongst friends here in France. What do you usually eat in the afternoon? Comment below and let me know. 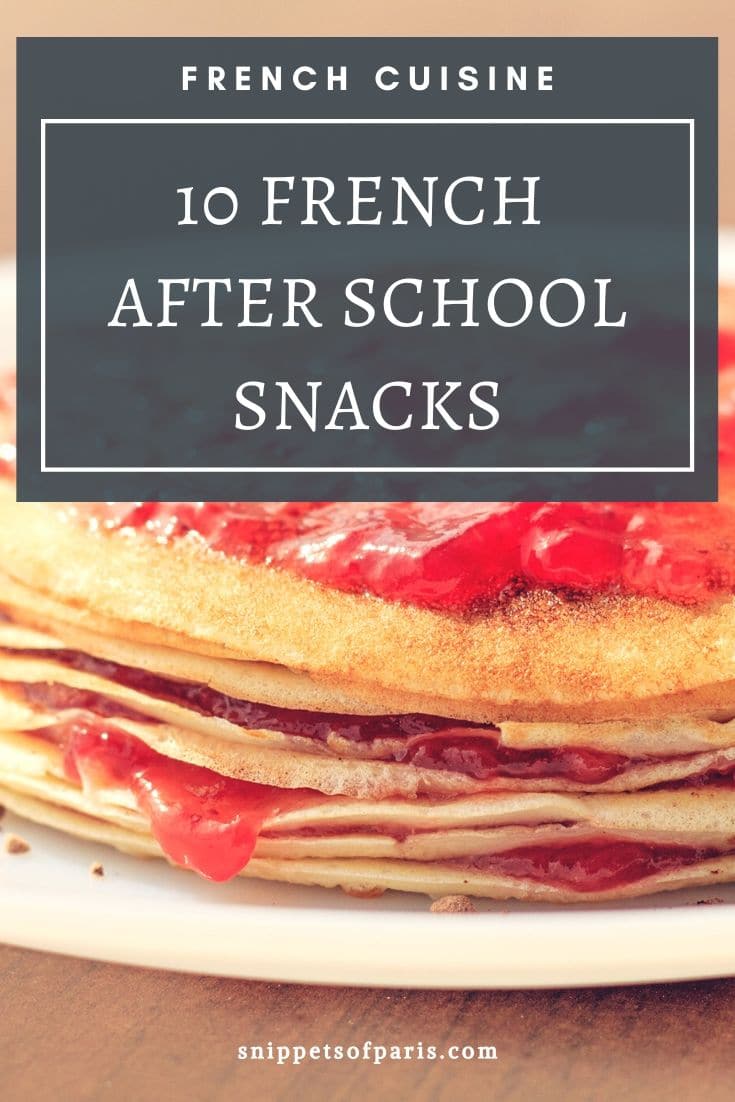