Skip to content
With discounts up to 20-40% in shop!
Visit Provins, a historic fortress town located about an hour away from Paris. We look at the best things to do in the area, where to stay, and more. 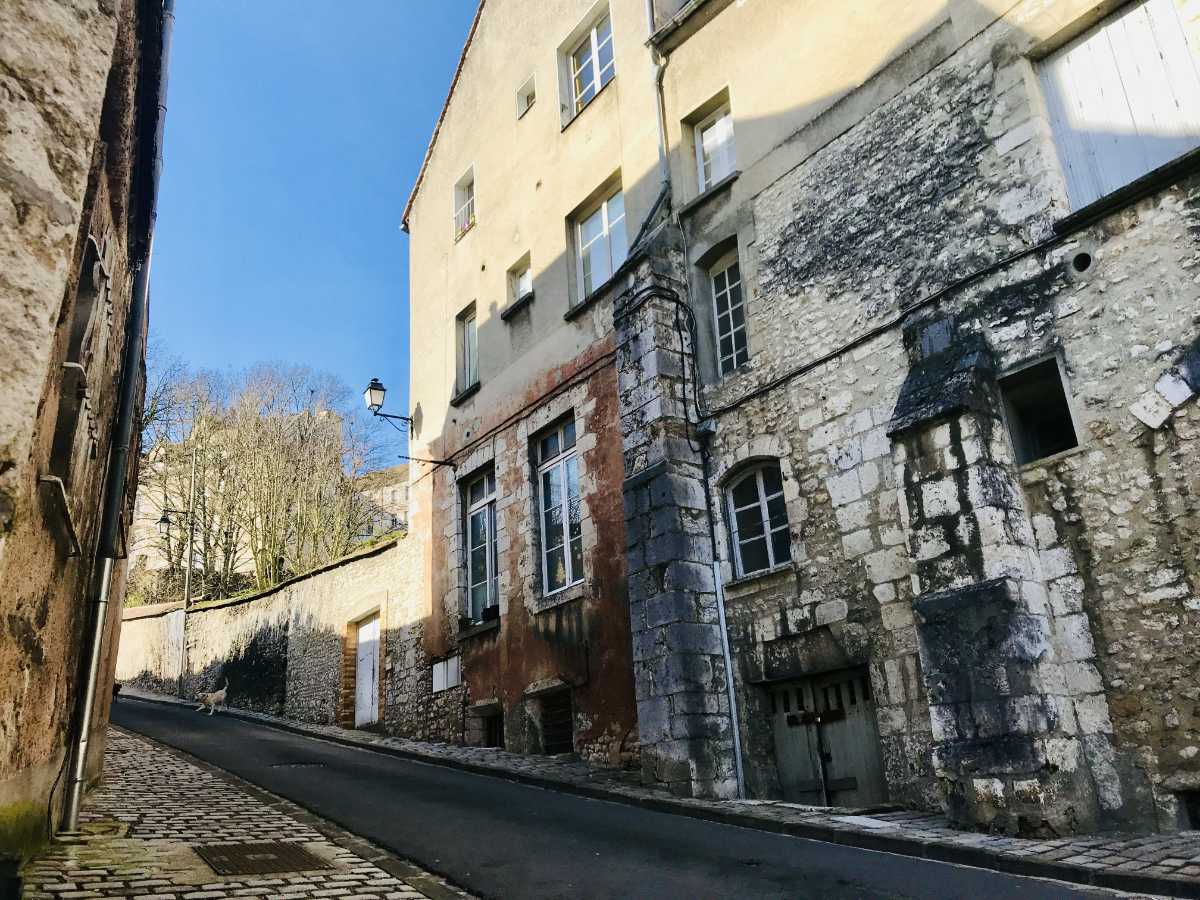 If you’re a fan of medieval history, and want to be transported to the past, you may want to visit the fortified town of Provins. Located about an hour away from Paris, this town and its ancient walled fortress are one of the most popular tourist attractions in the area.

And with a beautiful town center that is home to some great restaurants, cafes, and shops, there is plenty of culture along with all that history.

Dating back to the Gallo-Roman era, Provins was strategically important as along the route to Soissons, the ancient capital of France. Every French King from Clovis and Charlemagne onwards has been interested in Provins due to this tactical location.

This is how it became a military town with with a massive fortress. The city’s most recognizable landmark is its partially destroyed 13th-century castle fortress, constructed by the Comtes of Champagne, the nobles who held this area, while pledging allegiance to the King (most of the time).

These days however, it is no longer part of the Champagne region, but rather the Seine-et-Marne department in the Île-de-France region, the same as Paris.

Provins is located in the eastern suburbs of Paris, about 37 miles (60 km) from that other great tourist hotspot on the east end, Disneyland Paris. No fake castles here however.

But Provins was never a royal city. Instead it was a city where nobility and royalty sent their servants to do their shopping. The town held the letters patent to hold annual events called the foires de Champagne (Champagne fairs), where tradespeople and merchants from far and wide would come to sell their wares.

On sale was everything from textiles, leather, fur, and spices. There were three main fairs, each lasting several weeks: May Fair, Saint Ayoul fair, and Saint Martin Fair.

Those fairs don’t exist anymore nowadays, however Provins does have several annual festivals that are big draws for visitors:

There are also regular falconry shows in the area, showing off that ancient medieval skill.

Provins is so dedicated to preserving its heritage that it has been inscribed on the UNESCO’s World Heritage list, as a representation of a medieval merchant city in the Middle ages. So let’s have a look at some of the best things to do in the area, shall we? Allons-y!

On top of a hill, looking down at the center of Provins, you have the Tour César. It is actually a dungeon built in the 12th century by the Counts of Champagne.

The current name César is due to the legend that the town of Provins was around during Roman times, and hence named after Julius Caesar. However, no evidence suggests that that is true.

It is the only known dungeon in the world with an octagonal base, likely to make it easier to attack. Prisoners were locked up in the turrets and dungeons, and clearly had a miserable time of it.

Today it houses the bells of the Eglise Saint-Quiriace and still rings twice and hour. Once at 5mn before, then on the hour.

You can visit César tower, with rooms including guards’ chambers, the Governor’s office, and finally a magnificent rooftop view of all of Provins. Note, the stairs are quite narrow and dark, so if you have accessibility issues or are claustrophobic, you may want to avoid the climb. Entry is around €5 per person.

Depending on which side of Provins you enter from, you might find yourself at a large parking lot just outside the city’s impressive fortified walls.

It was built during the 13th century and originally extended for 3 miles (5 km) all around the fortified city. Today, a portion of those walls have come down, and it extends a mere 1.2 miles (2 km).

There are only two gates currently remaining, the Porte de Jouy and the Porte Saint-Jean, which were built in the fourteenth century.

The ramparts were intended to protect the inhabitants and the tradespeople, and prevent excursions from attacking armies. This was a profitable merchant towns for the Comtes of Champagne, and they intended to defend it.

The outside of the walls are quite very well preserved, and you can walk along the ramparts between the inner and outer walls. Have a look at the different towers as well, as they are in various interesting shapes (round, square, etc.)

There is no fee to walk around, and from the ramparts you can easily walk to Tour César, and the medieval center of Provins.

Today, Provins is known for its historic architecture and vibrant town center. It’s well-preserved and the streets are quite lovely to walk around and explore.

The old town center has been mostly pedestrianized and you will find many have kept their traditional colombage architecture on the outside, while modernizing on the inside.

Most of the shops are small boutique shops rather than big box stores, keeping that village feel. The town itself is quite walkable and is downhill from Tour César and the ramparts.

Built on the site of an older chuch that had become too small, the Église Collégiale Saint-Quiriace de Provins was built in the 12th century. Near the César tower on top of a hill, it is dedicated to a man named Cyriaque de Jérusalem (Quiriace in French), a Jewish rabbi in the 4th century.

Empress Helena, the mother of Constatine, came to believe that Cyriaque knew where the True Cross of Jesus was buried. After torturing the rabbi, after 6 days he gave up the secret that had been held in his family, at the foot of Golgotha.

After seeing the cross heal, he converts to Catholicism. However, he then falls afoul of Julien, the next Roman Emperor (the half-brother of Constatine). Emperor Julien wanted to sacrifice a few pagans, which Cyriaque, who by then is the Bishop of Jeruselem, refuses. He is again brutally tortured, and killed, along with his mother.

The church is interesting in that it has never been completed, due to a lack of funds. It was slightly damaged in World War II, but reconstruction has picked up in recent years. It is believed Joan of Arc prayed here on her way to fight the English, and there is a statue of her inside the church. As with most churches in France, the church is free to enter.

Today it is the Musée de Provins et du Provinois and is dedicated to the history of the city.

Tracing back its past from prehistoric times, it explores the archeological findings around Provins as well as more recent history up to the early 20th century. It has many religious artifacts as well, paintings, and sculptures, including a small baby hatch used to abandon orphans at church doors. Entrance to the museum is around €4.

Known as the Underground Galleries of Provins (“souterrains” means “underground”), these large arched rooms are a mystery. Likely dug out as quarries, they became temples, store rooms, and hiding places at various times points in their history. You can see all sorts of strange markings on the walls of secret societies like the freemasons.

The souterrains go deep under ground, and only a small portion of these caves is available to visit. The entrance to the souterrains is on Rue Saint Thibault, on the way to the Église Saint-Quiriace. It does get cool down there so take a jacket or sweater.

One of the most popular French cheeses, the brie also has its roots in Provins. There are three types of brie, from Meaux, Mélun and from Provins, which are all internationally protected trademarks.

If you see any one of AOP/AOC/IGP on the package, you know that it is the real deal.

The cheese is rich and creamy and you should be able to find plenty of fromageries in town offering the cheese for purchase. If you wish to do a wine and cheese pairing, the brie was designed to go well with champagne, since Reims and the Champagne region are only an hour away. (For recipe ideas, check out the Brie Fondant au pesto.)

For a break from all this history, head over the Rose Garden of Provins. Legend has it that the famous “Rosa Gallica Officinalis”, known as the “Rose of Provins”rose was first brought to Provins by the Comte de Champagne in the 13th century. (Alright, I had to add a bit of history!)

The roserie however is from the 20th century, having been recently renovated. It includes over 450 types of roses over 3 hectares, as well as various medieval plants that were deemed to have medical benefits.

The Rose of Provins is a big industry in the area, with the city specializing in rose confectionery and items like rose petal jam, Provins rose honey, rose candies and rose syrup.

The Roserie garden has a tea room selling refreshments, as well as lounge chairs for those who want to relax and take it all in. It has earned the title of Jardin Remarquable (Remarkable Garden), and costs between €5-7 depending on the season and if the flowers are in bloom.

How to get to Provins?

If you are coming from Paris, you can take a Transillien train P which will take you from Paris Gare de l’Est to Provins in 1h30.
If you choose to drive, it is around 55 miles (90km) and should take around an hour, depending on traffic condition and your starting point within Paris. You can read more about driving in France here.

I would recommend visiting Provins as a day trip from Paris to visit all the historic sites.
However, you can decide to use Provins as a base to travel around to places like the Château de Fontainebleau, Mèlun, Orlèans and Reims.

I would suggest staying in the following hotels which are within walking distance of the main attractions in Provins:

If you enjoyed that article, you may like to read more about different day trips from Paris.

Paris at night: 12 Ideas for an amazing evening in Paris