Skip to content
With discounts up to 20-40% in shop!
Food is an important part of French culture. So it isn't surprising that there are many fantastic French food quotes and proverbs in the French language. 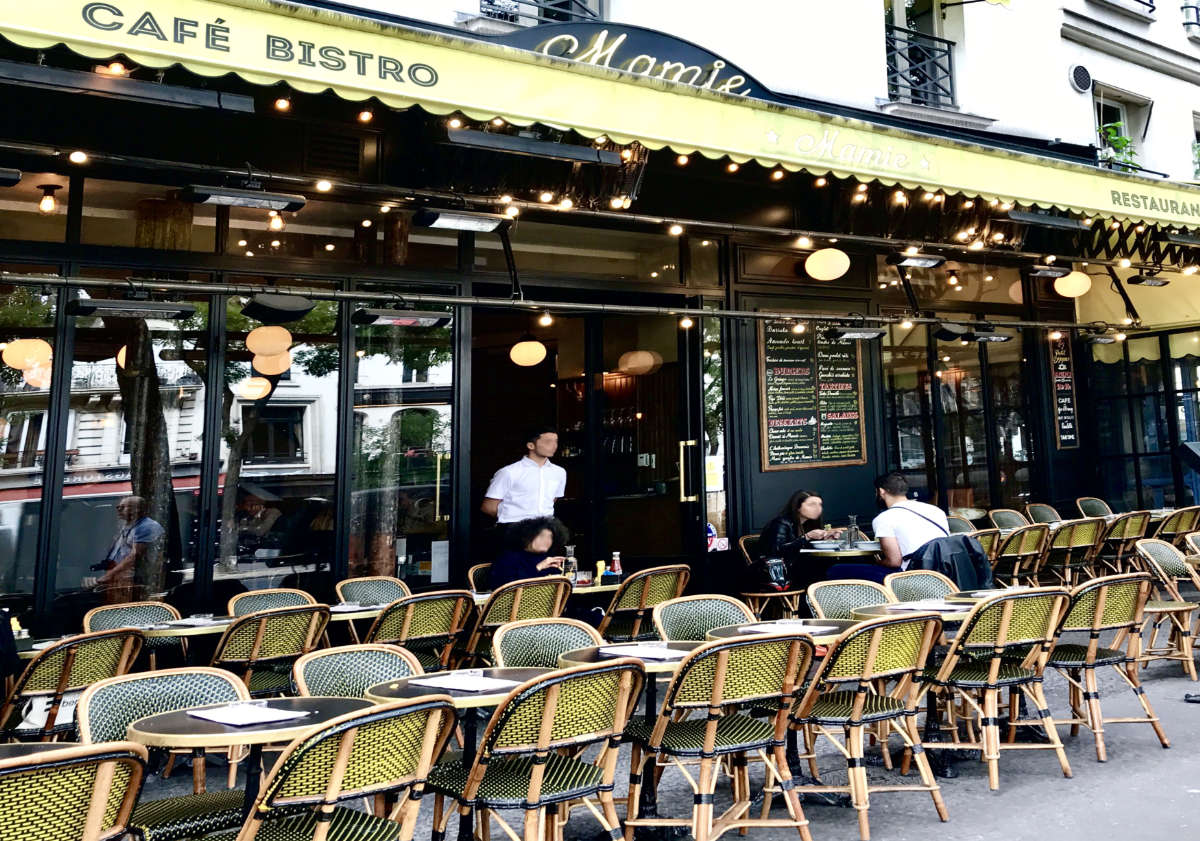 Restaurant in Paris
(As an Amazon affiliate, we may earn commissions from qualifying purchases. Please see our disclosure policy.)

Ahh food, our reason for being! There are two types of people, the ones who live to eat, and those who eat to live. In France, food is a very important of the culture, the way we socialize, and the way we interact with our families. Workplaces and schools across France allocate at least 1.5 hours a day for lunch, and dinner is usually a looong affair with many courses that can go on for hours.

So it is not surprising that there are quite a few delicious French food quotes and proverbs out there. Let’s indulge in a few, shall we?

☞ READ MORE: 38 French Food Facts that will have you saying “hmmm”

Translation: One doesn’t make an omelet without breaking a few eggs.

I suppose the English equivalent would be “To get things done, you have to trample on a few toes.” Never mind the mess or the ouchies, you are going to have to get your hands dirty.

By the way, if you are interested in knowing what the expression “go cook an egg” in French means head over to our list of French food idioms.

Translation: To cook well you need good ingredients, a palace, a heart, and some friends.

French cuisine is legendary so this French quote goes back to the basics. The only thing this is missing is a good bottle of wine.

You can read more French quotes about friendship here.

Translation: You can’t have the butter and the price of the butter.

This French food quote is one you hear quite often, and it has an english equivalent: “You can’t have your cake and eat it too”. You have to make a choice, and pick one or the other.

Translation: You have to break the nut to get the almond.

Similar to breaking a few eggs, you are going to need a good nutcracker to get at that almond.

Unless you just buy it in a store of course, much more 21st century!

☞ READ MORE: 21 French Quotes about Life (and what comes after)

Never mind that skinny ideal of a Parisienne, this French saying celebrates that gourmand who enjoys good food and the good life, without being too concerned about his/her figure.

(Linguistic Note: “Belle figure” is feminine, because the word “figure” is feminine, just like the word “chaise” meaning chair. In French, objects are male or female, rather than gender-neutral as we have in English. As such, the quote is not intentionally a comment on the female body. Although it is rather an old quote, so who knows!)

Translation: One can only judge the flour after the bread is cooked.

It isn’t easy to judge a packet of flour, unless you are some sort of flour expert, I suppose. (No need to comment below about all-purpose flour, we’re talking Middle Ages flour here!)

Translation: All tastes are in the nature.

This lovely French proverb speaks to openness and variety. For everything, there is someone out there who will appreciate it. The English equivalent would be “every dog has its day”.

Translation: Tell me what you eat, and I’ll tell you who you are.

The English equivalent here would be “you are what you eat”. I confess I’m not really sure what this proverb is meant to imply. For instance, if you eat a boeuf bourguignon, what does that make you? But there you go.

Snacking is a big no-no in French culture unless you are a child, and even then, it is only “officially” recommended at around 4:30pm. Chips and other unhealthy snacks are seen as apéro food, purely for friendly get-togethers, so this quote emphasizes that requirement for people to arrive at the dinner table hungry.

Translation: Each cook has his/her own sauce.

You could follow a recipe to the T, but it is still not going to turn out identically. There is always that little something, that extra magic, that makes it your own. Unless you are a terrible cook of course.

Translation: When the wine is poured, it must be drunk.

There’s no reason to waste good wine and let it go down the drain, you are simply going to have to sacrifice yourself and finish that bottle. (Unless it has gone bad of course, in which case, poor you!)

At this point, I should mention that in France, the morning tea/coffee is usually drunk in a bowl. You pick up the bowl up with both hands and slurp. So it isn’t that much of a stretch to do the same with a bowl of soup, if you happen to be missing a spoon.

Unless it is a French onion soup that is, in which case you are in trouble.

French cuisine involves a lot of butter and sugar, no fake margarine or splenda allowed. Which is why this quote becomes all the more important, everything in moderation.

I should mention that obesity is considered a disease in France, with special treatments available under the healthcare system, including thermal cures.

Translation: English cuisine: If it is cold, it’s soup. If it is hot, it’s beer!

We are in France, so there is always time to make fun of the English, and especially their cuisine. Warm beer and cold soup, could it be any less appetizing?

I know, I know, English food is quite reputed these days, but you can’t just put aside centuries of making fun of each other!

Translation: A good meal softens the mind and regenerates the body.

There is something about a good meal that nourishes not just the body, but also the soul. (And have I mentioned how food always seems to taste better when someone else cooks it?)

A typical French dinner usually always involves a cheese platter after the main dish, but before the dessert. It doesn’t have to be complicated, usually 2-4 different kinds of cheese and some baguette, depending on how many people are around the dinner table.

So if you didn’t like your main meal, here’s your chance to fill up! Be sure to be subtle though in how you go about it, there is a whole list of etiquette rules on finishing your plate, who should take the last piece of cheese, etc.

Translation: Cheese, pear and wine, a meal for the poor.

Another cheese and wine quote, there isn’t much in this meal, but it is just enough. Vilain could translate to villan, meaning an evil character, but it is not clear that this necessarily relates to prison food. (Is French prison food better or worse? I don’t really want to find out, do you!?)

Translation: After a good wine, a good pillow.

And after all that wine, it is clearly time to retire to bed. Or just lounge around on the couch, since “coussin” technically translates to cushion, not pillow.

Pillow is “oreiller” in French so that doesn’t really rhyme, hence the “coussin“.

Translation: Meal that costs nothing, is wonderfully delicious and does a lot of good.

France may have invented the Michelin-starred restaurant, but that doesn’t mean you can’t have a good meal without it costing an arm and a leg. Quality ingredients and a bit of technical cooking ability, and anyone can put together a sumptuous dinner!

Feeling inspired? Check out our recipes for more.

Translation: Friendship is being comfortably filled with roast beef; love is feeling sparkled with champagne.

Finally, what could be better than the comfort of warm friendship and the sparks of new love? French people aren’t known for their vegetarianism, so roast beef is still considered a treat (although more ecologically-conscious people are today reducing their meat consumption).

And of course, you can’t turn down a glass of champagne, that would be sacrilege. This is France after all.

Joke of the day

Any other famous French food sayings you’ve heard of that are not on this list? Comment below and let me know.

10 Angry French expressions that will be useful every day