Skip to content
With discounts up to 20-40% in shop!
Get the Walking Tour of Paris, with the monuments and sights of the 1789 French Revolution. From Bastille to the places Marie-Antoinette spent her last days. 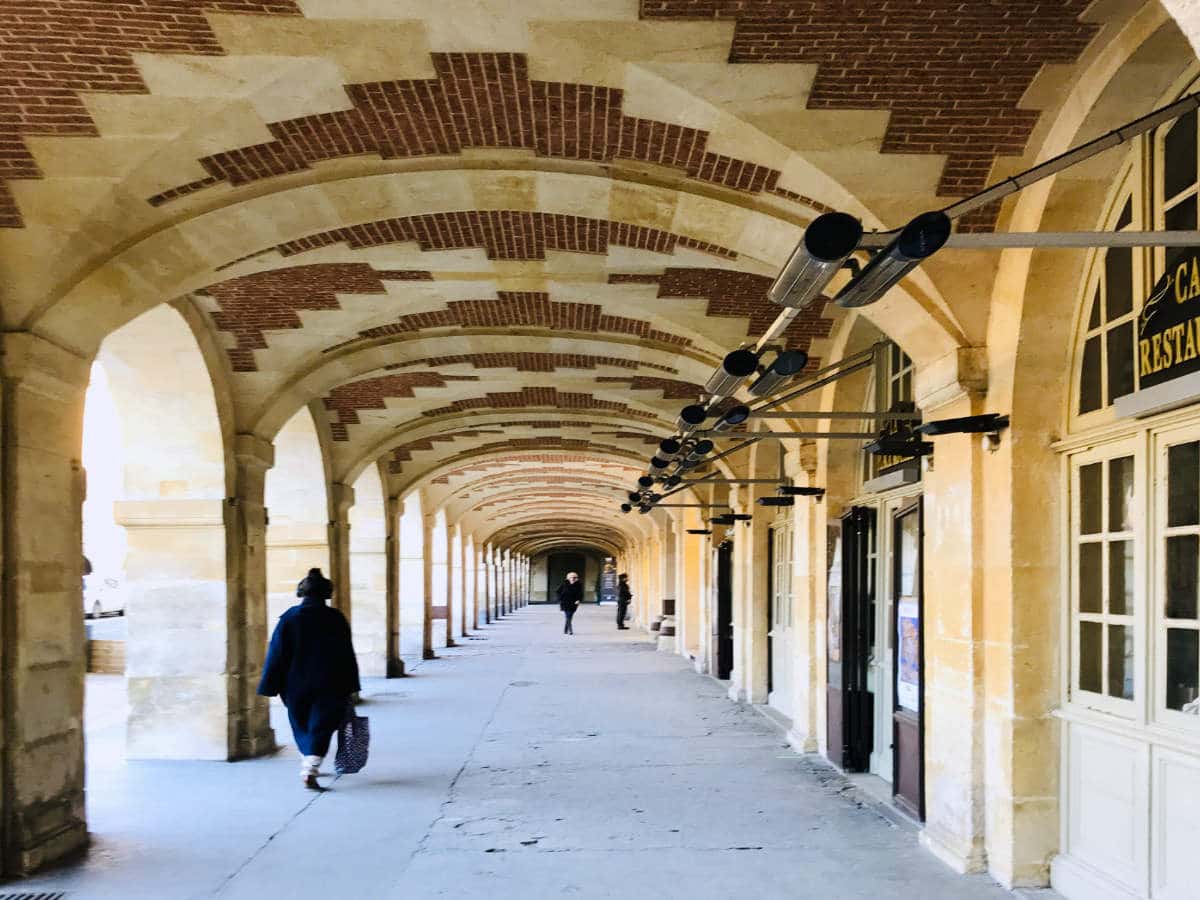 Pavillon de la Reine (Pavillion of the Queen) in Place des Vosges
(As an Amazon affiliate, we may earn commissions for certain purchases. Please note, all information is provided for entertainment purposes only. See our disclosure policy for details.)

If there ever was a city made for a walking tour, it is Paris. With a relatively small center connected by wide boulevards, you can walk from Place de la Bastille in the east to the Eiffel Tower in the west, in less than two hours. And that is with plenty of stops along along the way for a bit of sightseeing.

And if you love history and are interested in doing a themed walking tour, Paris is ideal. Exploring the places where the French Revolution took place, you will quickly realize that many of the monuments of significance are well within walking distance of each other in the center of Paris.

The history is palpable as you explore the streets of Paris and its world-class art museums. Paris is made for wandering, with its wide boulevards that let you amble and have ample opportunities to take in the sights, sounds, and smells that make it one of the most beautiful cities in the world. And it is a great way to get a feel for the city.

So let’s get to the top places and monuments on the 1789 Revolution walking tour, shall we? Allons-y!

Located at Metro Bastille in the 11th arrondissement of Paris

In the east end of Paris, is the Place de la bastille where once stood the ancient fortress prison called Bastille Saint-Antoine dating back to the 14th century.

Around the time of the Revolution, the former royal fort that had been converted into a prison.  An imposing building made of stone, it was surrounded by guards armed to the hilt.

In July of 1789 there were only 7 prisoners there, among them the infamous French writer and philosopher Marquis de Sade, who had already been held there for over 10 years. (A good majority of his works were written in prison.)

On July 14, 1789 the revolutionaries stormed into the Bastille, freeing all the prisoners and beheading the prison’s governor and stuck his head on a spike. The revolution had begun.

Anyway, as the French peasants and revolutionaries were preparing to make their demands, they decided they needed weapons. While they were able to get muskets by taking over the Hotel des Invalides in Paris, they also needed gunpowder. As it happened, the Bastille had stockpiles of it.

There are no remnants of the fortress there today. The ancient fort soon turned into rubble, and for practical reasons, the prison was demolished. Today, the site of the Bastille is a large circular roundabout and gathering place called the Place de la Bastille.

Located: off of Rue Saint Antoine in the 4th arrondissement.

Leaving Place de la Bastille, head west on Rue Saint Antoine for about 7 minutes and turn right onto Rue de Birague till you arrive at the magnificent Place des Vosges.

Originally known as Place Royale, Place des Vosges is one of the most beautiful spots in the Marais, and indeed, in Paris. It is where the rich and famous used to live, and in fact still do.

The last French queen to live was Anne of Austria in the 1600s, before Marie-Antoinette’s time. (She preferred Versailles and Fontainebleau.) However, this sumptuous building in the heart of Paris was emblematic of the divide between the rich and the poor.

Paris had not yet been revamped by Baron Haussman, so at the time, this area was surrounded by a medieval city, with buildings very close together and poor sanitation. At the time, there were no wide boulevards and Hausmannian architecture. Place des Vosges was a luxurious building where the nobility lived; the nobles who didn’t pay taxes like the commoners did.

Before the Revolution, even access to the gardens was forbidden to poorly dressed people except on one day of the year, August 25, the feast of Saint Louis.

You can imagine that this was one of the first places taken over by “the people” after the Revolution. During the 1789 Revolution, it was successively renamed several times:

In 1800, it was renamed “Place des Vosges” in honor of the Vosges regional department, which was the first to have paid tax under the French Revolution and, send volunteers to defend the “patrie” (country) in danger.

You can read more about the Place des Vosges here. If you like, you can take a guided walking tour through the area to hear about the Marais’s famous residents and how this area has changed over time.

Cross Pont Notre dame (bridge) with its many carvings of kings and saints, and visit the Conciergerie on Ile de la Cité.

The prison at the Conciergerie is where Marie-Antoinette was held in prison, put on trial, and found guilty.

After a two-day show trial, she was found guilty on all charges and condemned to death.

Slowly, as the guillotine started to fall, many of their friends escaped France, while they still could, leaving the King and Queen isolated.

Even after the fall of the monarchy, the Tuileries Palace remained associated with the French monarchs, and in 1871 it was burnt down during the Paris Commune protests. The Louvre palace managed to survive the flames, but only just.

After visiting the Conciergerie, head back to the Right bank and go west till you reach the Jardin des Tuileries.

This was the site of a royal palace, the Palais des Tuileries, and it is in this palace that Marie-Antoinette, Louis XVI and their children were brought to after being forced to leave Versailles.

French Queen Catherine de Medici started building the Palais des Tuileries two centuries earlier in 1564, a stone’s throw away from the Palais du Louvre. Later monarchs would go on to add wings and attach the Tuileries and the Louvre.

5. Eat some cake at Angelina’s

After all that walking, we might need some refreshments reflect on the historical events to come.

Take a break at Angelina’s by eating some cake and tea at the historic tearoom, Angelina’s, the epitome of “gourmet pleasures”.

It is just steps away from the Place de la Concorde, where Marie-Antoinette, her family, and many nobles of that time met their fate.

Located: the center of Paris

After your refreshments, head over to Place de la Concorde, which is where Marie-Antoinette and King Louis XVI were guillotined. A large Egyptian obelsik and fountain marks the spot where they lost their lives.

Her last words are recorded as, “Pardonnez-moi, monsieur. Je ne l’ai pas fait exprès” or “Pardon me, sir, I did not do it on purpose”, after accidentally stepping on her executioner’s shoe.

After the queen’s head fell, it was shown to the crowd, who responded by crying: “Vive la République!”

In a symbolic and yet practical gesture, the bridge in front of the Place de la Concorde and the Assemblée Nationale on the other side of the Reine, was built using some of the stones from the castle at Bastille.

About 10 minute walk away in the 8th arrondissement is the Expiatory chapel. It was built on top of the cemetery where King Louis XVI and Queen Marie Antoinette were buried after their execution in 1793.

Their bodies were later moved to Saint-Denis Basilica outside of Paris, where other royal family members are buried, but the Expiatory chapel was built on this spot in the 8th arrondissement to commemorate all the lives lost in the Revolution.

And that is the walking tour of Paris, French Revolution edition! If you enjoyed that article, you may like reading more about visiting Paris.

21 Interesting facts and history of the Eiffel Tower